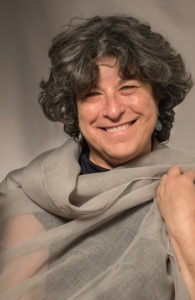 Deborah Harris is the founder and director of the Deborah Harris Agency – representing worldwide publishing and dramatic rights of Israeli, Palestinian and international authors, writers of fiction and nonfiction, including high-profile personalities in the fields of science, business, politics and history.

Deborah moved to Jerusalem from the United States in 1979, after working at several publishing positions in New York. She co-founded The Domino Press and in 1991, together with Beth Elon, she established the Harris/Elon Agency – renamed The Deborah Harris Agency in 2005.  She has been a member of the Board of Directors of the Jerusalem International Book Fair for twenty years and is also a founding board member of The Jerusalem Film and Television Fund.

Jane Medved: You have been described as the main pipeline through which Hebrew literature flows in and out of Israel. How did you get there?

Deborah Harris: I always wanted to be a literary agent, that was all I ever wanted to do. I started the agency in 1982, and everybody told me it wouldn’t work, there was no room or place for it. I wanted to represent Israeli writers to the world. I had no idea what I was doing, but I knew literature, and my job was to take it from here to there. Nobody else was looking for what was happening in Israel and selling it abroad, and so that’s what I started to do.

My first book was 1949: The First Israelis by Tom Segev. I had the rights to that book because I published it, and I said, “let’s try to do something with this.” I turned to people that I knew (from publishing in the States) and it was really easy for me to sell Tom Segev, they were looking for a younger Amos Elon, and it was a very, very original book. Then somebody came to me with David Grossman. They brought me pages of See Under: LOVE and I was able to read Hebrew well enough to understand that this was extraordinary, and he (David Grossman) became my first real client.

DH: In the ‘90s Israeli fiction was really desired: David Grossman, Amos Oz, Etgar Keret, Michal Govrin. Israel was really hot. But now it’s the time of the African writers, Asian writers. Israel is the last thing they are interested in. It’s very painful, because now I have better books, my eye is better, my understanding is better, and it’s really hard to sell to America.

JM: Can you say something about how tastes vary from country to country? What goes in Europe as opposed to America, for example?

DH: Europe is much more literary than America, much less plot-oriented, more character-driven. Americans need a plot and things have to happen, it’s not enough to be evocative, or imaginative. I have one novel now that I am devoted to called The Slaughterman’s Daughter. It’s written in 19th-century Hebrew and set in the shtetl. And I have sold it to every European country, England, Canada, and not America. The British thought it was a masterpiece. To the Americans it was “Oh, this is too much for us, too much Isaac Bashevis Singer, too old fashioned.” I don’t think anybody even read it. It didn’t speak to them.

JM: When I think of Israeli writing, I think of that first list you gave: David Grossman, Amos Oz, Meir Shalev. Is that era gone?

DH: I think a lot of really talented people have gone into the film industry. Israel’s film industry has become so successful, I think the talent is going that way, and that amongst those people are probably writers who are working on films instead of writing books.

JM: Are we in the age of the television series?

DH: I love them (television series), they are fantastic. People are still buying books; it just takes them much longer to read them. I used to finish two novels a week. I don’t anymore, because I’m watching television.

My Brilliant Friend (by Elena Ferrante) was a major moment of HBO genius, where they decided to film this in the original Neapolitan dialect. That was a major crossroads in television making. Now One Hundred Years Of Solitude is being made in the Colombian dialect where Marquez came from. There are certain properties I am trying to sell that I won’t let be done in another language (than Hebrew) and now it’s possible because Ferrante insisted and Marquez insisted. This is a whole new thing. It’s a higher standard.

JM: Is the era of the novel over?

DH: Selling a novel these days is really hard, it’s not just from Israel. And by a novel, I mean serious literary fiction. But they’re coming out, someone is reading them, it’s just not the same amount. Now to get a book on the bestsellers list you have to sell so many fewer copies, all the standards have dropped.

But the idea that an era would come where fiction is no longer of value is not fathomable to me. I don’t think that the joy of being able to read a great novel will ever, ever disappear, ever. I think there will always be readers.

That said, nonfiction is selling really well, take Sapiens (by Yuval Noah Harai), for example. I just sold a book within a month to twenty-two countries. It’s called REVOLT: Inside the Trenches of the Uprising Against Globalization, by Nadav Eyal. It’s about what’s happening to the world after globalization. I just sold a gender book to ten countries. It took one month.

JM: How would you explain the demand now for those books, as opposed to fiction?

DH: People have a great need now to have the world explained to them, because things are happening so quickly, with such turbulence. So you may binge (on TV) and watch Orange Is The New Black, or whatever, but in the end you are still left with so “Where am I? What am I doing?”

People look to Israel for smart books. Israel is a country of science, thought, history, and is thought of as a place of smart people. So when we come out with a non-fiction book, people look at it very seriously. They know about Sapiens, Start-up Nation (by Dan Senor and Saul Singer), these are books that have created a precedent.

JM: The early Israeli writers wrote in Hebrew but actually spoke multiple languages and were drawing from a background of many cultures. Nowadays you have separate streams: the people writing in Hebrew, an entire Russian subculture with Russian newspapers, radio broadcasts, the Anglos writing and publishing in English and Arabic speakers. It’s almost as if the translators have become the water carriers between cultures.

DH: I have to go somewhere and lock the door to read a Hebrew manuscript, it takes tremendous concentration, and it’s because we’re living in this Anglo world, the world of English. Everybody is living in their own world. It’s terrible.

There’s something going on with the way people are. People have become thinner, readers and writers. The standards of education have changed. I don’t know people anymore that can quote from Tolstoy and Proust. I’m not educated the way people used to be educated. Maybe there were fewer things luring them away, so people would really devote themselves to literature. Now people are diminished, their education is diminished. Culture has become less textured.

JM: Would you say then that the act of translation has become then even more important?

DH: Yes, it is. It’s the only way to know another culture. 90% of my books are translations from other languages. Germany used to be 70% translations, 30% German. Now it’s 50-50. Holland is still 60-40. America is 96% to 4% (translations). Americans are not that interested in learning about other cultures. It’s the translator who can open up another world for the American reader.

JM: Can you articulate what makes a good translation?

DH: In a good translation, you don’t feel like you’re reading a translation. It just reads, and you never stop and wonder “Hmmmm, what was this in the original?” You just read it, and nothing makes you stop. It should read in English like the writer intended it to read in Hebrew, it should never be word for word because the syntax is different and until somebody gains the confidence to do that, it takes a very long time.

JM: In other words the translator has to be given a lot of space?

DH: They have to have the confidence to take such liberty. Some of the worst translations I’ve read are when someone took the liberty they should not have, or when they didn’t do it enough. It takes a lot of experience. It can’t sound like you, the translator, it has to sound like the book, but you have to give it a different life, and a new language.

JM: You once spoke on a translation panel called “Crossing Borders.” Are those political borders? Culture borders? Is translation a way to get under the radar and get to the people?

DH: There are many countries where there is a defiance of the readers against the government. Turkey is one of them. Turkey is an amazing literary market for Israel. They really read our books. A Horse Walks Into A Bar (David Grossman) was picked as the book of the year, last year in Turkey. They have as much discomfort with their government as we do. It’s a rebellion. Believe it or not, Poland is probably our best market. There’s almost this correlation, the more anti-Semitic and anti-democratic their government becomes, the population reads more and more. As opposed to America, where the more alienated they feel from their government, they more they watch television. That’s where they go with their inner rebellion. 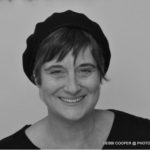 Jane Medved is a poetry editor and creative nonfiction editor of The Ilanot Review.