An Interview with Mira Rashty, Editor of Granta Hebrew 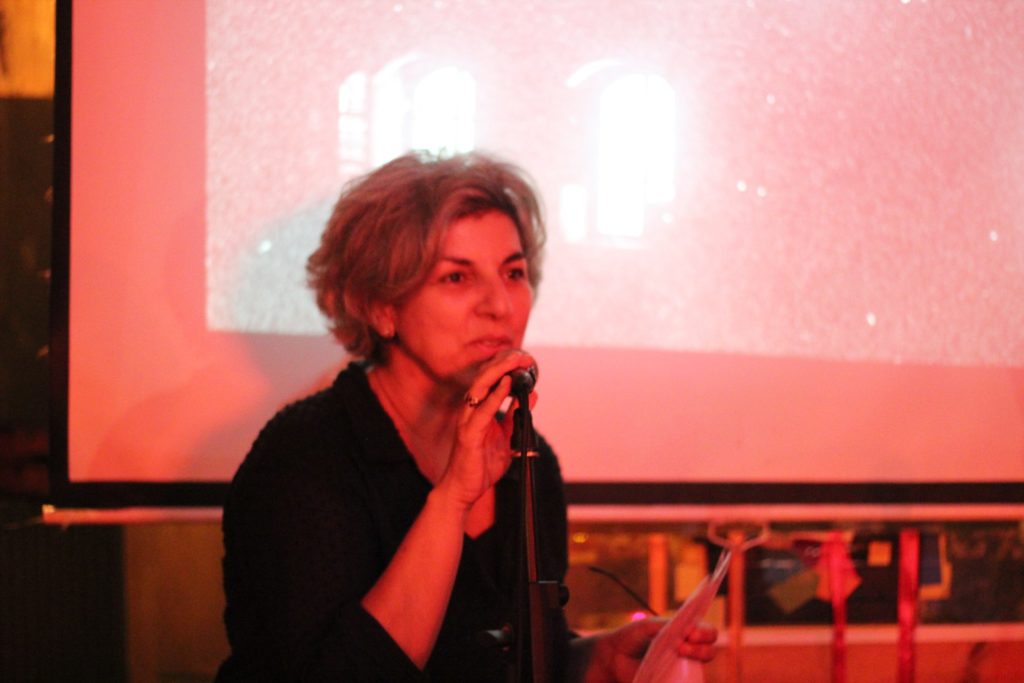 Mira Rashty wears two formidable literary hats: For over 15 years she’s managed Sipur Pashut, an independent book store in the historical Neve Tzedek neighborhood of Tel Aviv (the name, which translates to “A Simple Story”, is the title of a novel by the writer and Nobel Prize winner S.Y. Agnon, who lived and worked nearby). The shop is known for its strong selection of quality Hebrew and English literature, as well as for the intriguing literary events that it hosts.

But Mira is also the managing editor of Granta Hebrew – one of ten international editions of Granta, and our partner in the production of this special issue of The Ilanot Review. Granta Hebrew was first envisioned and conceived together with Sipur Pashut founder Roni Kramer, who publishes the magazine, and since 2014, it has come out with two theme-based volumes a year (at 220 to 230 pages per issue the magazine is in fact more of a book). Lately it also started developing its online edition and nowadays the magazine is co-edited with deputy editors Amit Hecht and Alma Katz and supported by distinguished board of writers from the local literary community.

I met with Mira on a bright, warm morning, when the narrow streets of Neve Tzedek are still quiet, for a talk about the joys and challenges of putting out the first international Hebrew language literary magazine.

Janice Weizman: How did you get involved with Granta?

Mira Rashty: About four years ago one of the editors of Granta from the UK came into the shop. She was surprised, and very excited, to see that we sell the English edition of Granta. We got to talking and she asked if we could host a launch of the upcoming issue of Granta in Tel Aviv. Of course we were very happy to do it, and we put on a big event which was very well attended, and well covered in the press.

Sipur Pashut at the time offered literature and writing workshops, and I began to think about how the local literary community lacked an international platform for exposure like Granta. We knew that there were several international editions of the magazine, for example, Granta Spain, Granta China, Granta Finland, and others, so we contacted the editorial staff in England. The rest, as they say, is history, and here we are, celebrating our 10th issue.

JW: Why did you choose to name it “Granta Hebrew” and not “Granta Israel”?

MR: Due to the complexity of Israeli territorial issues, we chose to focus on the multi-lingual mix of voices which are spoken and heard here. Also, we debated the question of whether or not we would take submissions from Hebrew-speaking authors living abroad, and decided that we would.

Additionally, because we’re part of Granta, an important aspect of our mission, as I see it, is to provide a bridge between local and international literature. We want to offer a platform for the publication of translations, and focus on the issue of literature in a multi-lingual literary community. Ours is the first ever international literary magazine in Hebrew. While there is a long, rich tradition of literary journals here, none have been international in orientation. Even the word magazine doesn’t have a precise equivalent in Hebrew.

JW: How does your connection with the head offices of Granta work?

MR: On the logistical level, we are in touch with the Granta UK editor who supervises the international editions. Most of our discussions relate to upcoming issues, themes, contributors and pieces, both ours and theirs. Each issue combines stories from the Granta archive that have been translated into Hebrew, alongside new, original material from a mix of emerging and established local authors. So when we design our upcoming edition, we consult with the Granta UK editor and international editors with the aim of finding foreign contributors whose work fits our chosen theme. Likewise, if we publish work that we think could be of interest to English speaking or international audiences, we share it with the International editor.

We also try to make a point of meeting with the UK editorial staff and with the international editions editors once a year, usually at the London Book Fair. Each group presents its activity for that year, talks about literary trends and the authors they’re working with, and shares information about pieces from the Granta archives that they’ve translated and published. We discuss our choice of themes – some are political by choice, some less so. In the last 2-3 years the whole literary community has become more political, and you can see that reflected in the themes chosen. Being affiliated with the other international editions of Granta, we are privileged to have access to new writing in a variety of languages. When the others know what our upcoming theme will be, they can suggest pieces they’ve published that could work for us in translation. For me it is very special to have access to this rich pool of foreign languages and literature.

JW: What types of writing are you looking for?

MR: Granta doesn’t have a manifesto, but its mission centers on the belief in the power and urgency of the story. Whether it’s fiction, non-fiction, or photo essay, we look for materials that say or reflect something about our current reality. The Observer once said that “Granta has its face pressed firmly against the window, determined to witness the world”, meaning it looks for things or ideas that are just beneath the surface, just about to emerge. The challenge is to reveal those ideas, to go to those places and do so not intellectually or academically but in a stimulating and literary exciting way. You see, Granta is fun, it is a call for actions, a playground much as literature and imagination can be.

With every issue, we publish a call for submissions. Each edition is comprised of a mix of short stories, memoirs and reportages. We also try to include at least one or two promising new poets, and sometimes also well-established ones, as well as 2-3 photo essays. We make a point of looking for fresh, unknown voices in addition to more established authors, from whom we also publish only original material. All of this is in addition to the translated stories, selected from the Granta archive.

In 2018, we started our bi-weekly online publication, in which we promote pieces that didn’t fit well in the print edition but can still contribute to and enrich the theme, or have something thoughtful to add to the local literary discourse. It also enables us to expand our community of readers and writers. We can publish more poetry, art and photo essays, share the conversations and interviews we conduct with contributors, and provide links to material appearing in foreign language editions of Granta.

In terms of content, we look for work that can serve as a cultural link to a worldwide audience. For example, the stories by Dael Rodrigues Garcia and Sheikha Hlewa , or Ayelet Tsabari’s essay, all of which you’ve published and translated in this issue, give a very accurate description of the human, political and cultural reality in Israel, not as a journalistic report, but as a story, a piece of fiction and art. We’re looking for work that excites us and stays with us. Work that invokes a sort of passion, a passionate reflection on the world. We want materials that leave an effect that is poignant and incisive.

JW: What are some of the challenges you face in producing Granta Hebrew?

MR: One of the difficulties is simply that while local literature has typically produced masterful longform writing such as novels and memoirs, the short story hasn’t played a strong role in the Hebrew literary culture. It was never encouraged or supported by the local publishing industry, and short story anthologies or collections are rare. In that sense we have a lot of work to do. Our main challenge is to try to find new Hebrew writing in the underdeveloped short story tradition, and by that encourage and strengthen that tradition in terms of its literary potential. For example, short stories in Hebrew often take the form of a fragment, rather than depicting a complete story arc, and we try to work with writers on that.

When asked what we’re looking for, we answer – we’re looking for stories. We insisted, and continue to insist, on our editorial independence, on the prerogative to select only what works for the issue. That’s one reason that our status as a book store, rather than that of an established publisher, or a magazine that has a community of contributors who appear in each issue, it is to our advantage − it liberates us to find new writers.

We have very limited space – usually just eight to ten stories in an issue (though there’s room for more, as I said, on our website), and each one must be a fully realized piece. And because they’re being published alongside translated work, we want the reading experience to be organic. If we publish a story by Ben Marcus, for example, or Joshua Cohen, or Max Porter, the original work we publish alongside it has to fit, both with regard to the theme and the writing style. Interestingly, we’ve lately been seeing more memoirs and experimental writing in international as well as local work, which helps us narrow these gaps, and sometimes it is perhaps good to highlight the gaps, and acknowledge the differences. In the Arabic translations that we publish there is more of an awareness of this point, possibly because there is a stronger tradition of storytelling in that culture.

JW: What are the unique challenges of running Granta Hebrew, particularly in light of the complex political situation here in Israel?

MR: Israel is complex, and we try to reflect that in our selections. We want to showcase local culture, to give a platform to a wide range of literary testimonies. Israel is comprised of many “tribes”: Jews, Muslims, Christians, Bedouins, Russians, Ethiopians, and more, each with its own legacy and traditions. The juxtaposition of these hybrid, multi-lingual identities is a challenge for us; our aim is to give readers a sense of this unique sociological and geographic space.

We try to concentrate on literature that reflects the power of art to build bridges with other cultures. We recently collaborated on a special issue with Granta Spain, entitled “New Spanish Writing”, in which we showcased emerging Spanish language writers. We also publish a Hebrew-language edition of the “Best of Young American Novelists” issue, which Granta puts out every ten years. I hope we’ll be able also to publish our own “Best of” issue in the future.

For the coming year, we’re planning two issues: One featuring translations of current Indian literature and the other will focus on the global warming and ecological crises – or rather, ecological poetics. We’re really looking forward to reading submissions. 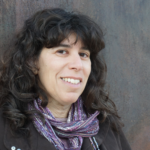 Janice Weizman is the founding editor and a fiction editor of The Ilanot Review.