Hearing the Drawing: Peter Cole in Conversation with Annie Kantar 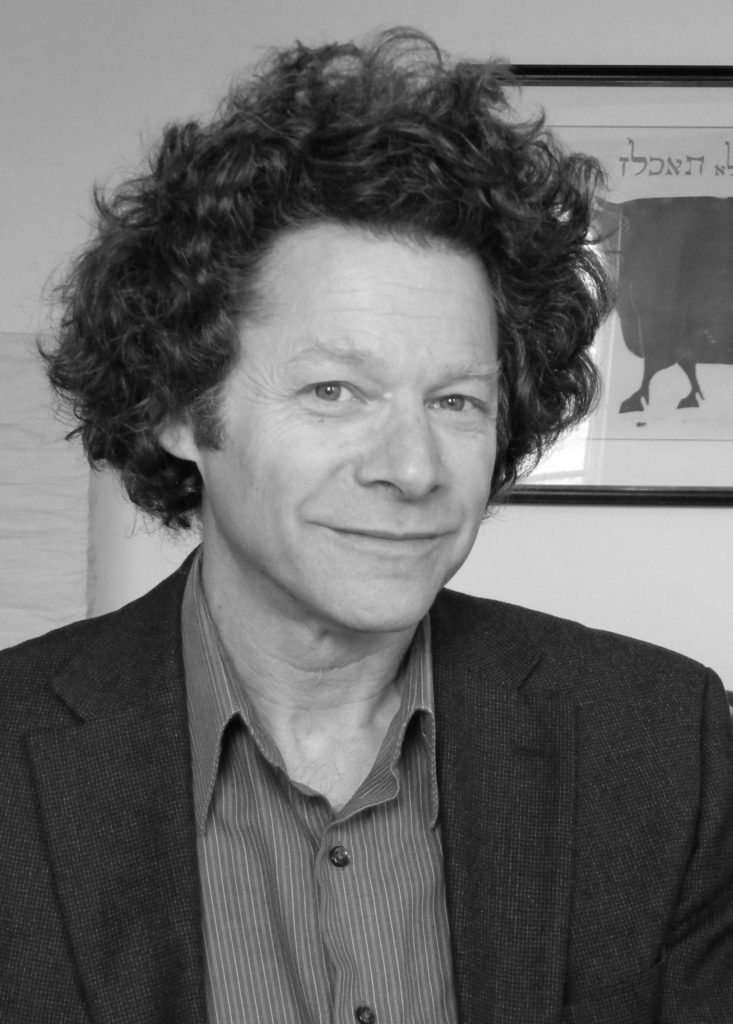 Drawing seems to hone
what might be true and turn
by turn it trains but doesn’t
tame. Like runes. It tunes us.

Peter Cole’s description of the ways in which visual art exerts its spell on us applies as well to his ethic as a translator and poet. Willing to be trained, but fiercely resistant to taming, Cole is a poet who, rather than turning toward what might be true, turns what might be true into something that tunes. It is this rigorous recalibration that has consistently marked Cole’s work, most recently in Hymns & Qualms: New and Selected Poems and Translations (FSG), a book whose rare synthesis of forms, periods (antiquity to the present), and lyric temperaments calls into question distinctions typically drawn between translation and original work. So too, Cole’s recent ekphrastic poems, published in The Paris Review and elsewhere, rewrite both the runes and ruins of other words, or worlds. At this synesthetic meeting point, we set out to discuss translation as writing and writing as translation.

Annie Kantar: What have you been working on lately?

Peter Cole: I’ve been finding my way into new folds of what I’ve long thought of as deep translation, the movement not just from one language to another but from one medium to another. A little while back, the sculptor and print-maker Joel Shapiro asked me to contribute a poem to a catalogue for an installation of his “suspended sculptures,” and I was struck by the fact that writing that poem felt uncannily—and happily— like being inside the process of literary translation. Shortly after that, Terry Winters asked me if I’d write something for a large show of his at the Drawing Center in NY. In each case I wanted to see what would happen if I consciously approached the invitation as I would a translation. That is, I took seriously a figure that’s often used casually in all sorts of contexts—of “translating experience” from one realm to another. This has become a larger project, involving other artists and media as well. In short, ekphrasis as translation.

AK: In your sequence “Notes on Bewilderment” you wrote that “it [translation] isn’t done with tracing paper.” You’ve followed out that intuitive sense in your translations from medieval and modern Hebrew as well as Arabic. Could you say more about how this ekphrasis-as-translation works?

PC: I’m not sure I know exactly, but the intuition you mention is an interesting place to start, since it would seem to lead in the opposite direction from ekphrasis. Etymologically ekphrasis is a “speaking or explaining out of.” Intuition— of the sort that’s informed by long training and attention — involves a “looking at or into something,” through direct consideration or contemplation. And here it helps to keep one’s eye on the templum at the heart of that contemplation, the augury grounds of ancient temples, where bird flight and viscera were read.

As with literary translation, it’s the immediacy of ekphrasis that attracts me. It may be odd to turn to another medium for a sense of im-mediacy, but I want these poems to speak into the drawing or sculpture in question, or through it, rather than out of it. Another medium can sometimes be just that—a medium, a vehicle through which a spirit is given voice.

AK: Etymology. The language’s unconscious. You once said something similar about the process of writing a book: that you know it’s truly alive when it has an unconscious. My next question, then, is a little whimsical: in your ekphrastic poems, whose unconscious are you translating?

PC: Looking back on it now, and given what some of the artists have told me, I’d say I was translating both my own unconscious and theirs, and, of course the unconscious of their work. And that all three touch on something more collective. Freud, by the way, talks explicitly about the “translation” of unconscious material, of difficult psychic content, as a necessary process, and even as a prerequisite for health. He adds that we often fail to translate that difficult content because of the tremendous discomfort the labor of translation entails.

AK: To what extent is that particular translation experience—of ekphrasis—similar to the translation of poems?

PC: It depends on how broadly you define “the translation of poems.” Thirty years ago, I’d have said they were very different things, but at this point I feel that the similarities are more important than the differences—more important to what makes translation come alive (when it does). In both cases I’m trying to get at the ways another artist’s vision has disturbed me—disturbed with delight or anxiety or wisdom or wonder, or some magical blend of these elements and others. Art that has, at once, taken me beyond and back into myself. That has meant something to me. But the meaning I have in mind here isn’t one you’re likely to find in a piece of criticism, or an encyclopedia of literary or art history. And I have it in the body, or muscle memory, as much as I do in “mind.” With literary translation and ekphrastic writing alike I’m trying to account for how reading and living with a work feels in terms of textures and densities, timbres and pitches and tone—how its weights shift in me and alter my sense of balance and perspective, how its line and imagery and palette run through me and lead to what I hear and feel and think and see—to when and how neurons fire within me. In other words, to essential questions of energy and “mouth feel” and tensility. That’s where the locus of value is. Translating non-verbal art, especially art that’s largely abstract, opens up a path into that sensory and somehow synesthetic dimension of writing, precisely the dimension that most people say is largely lost in translation, especially the translation of poetry. Exodus 20:15 says that those assembled at Sinai “saw the sounds”; that’s very much like what I’m after in these poems—to hear the drawing.

Bearing down in this ekphrastic mode also brings out the dynamic aspect of the dialogue that real translation is, and it reminds us how much interpretive and complex relational labor goes into the meaning-making moment of literary translation—that it isn’t simply a question of one-to-one “word choice” or “accuracy” (best not to translate “dog” as “cat,” etc.). It is that, but not simply.

AK: I’m also thinking of Achilles Fang’s formulation, where he writes that there are three questions one must ask of translation, the last of which is whether there is something that happens between the comprehension of the source text and its rendering in translation. So, with the painting or print you’re considering, or contemplating– what is happening there in-between?

PC: Everything! Certainly that physical engagement we’ve been talking about. But there’s also something more-than-(or meta-)physical at stake in the movement between the art work and its translation as poetry. We’re always making or should be making connections between planes of experience, moment by moment through the rhythms of our looking and listening, our conversations and reading and reflection. Translation generally, and translation between media in particular, gets at the importance of “what’s happening in-between,” and also at its fragility and beauty. And it does so in ways that define for me a central dimension of what it means to be alert to language and to the worlds our various kinds of language draw us into. Another way of putting it is to say that the quality and nature of our translations, day by day, become the nature and quality of our lives.

The question is: How can one as a poet and translator convey a vivid sense of betweenness while offering up something that doesn’t just feel unfinished? Or unrealized. That’s the steep but by no means impossible art of it. 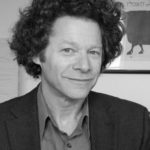 Peter Cole is the author of five books of poems and numerous volumes of translation from medieval and modern Hebrew and Arabic, including The Poetry of Kabbalah: Mystical Verse from the Jewish Tradition (Yale) and The Dream of the Poem: Hebrew Poetry from Muslim and Christian Spain, 950-1492 (Princeton). He currently serves as co-editor of Princeton University Press’s Lockert Library of Poetry in Translation. Cole divides his time between Jerusalem and New Haven, where he teaches at Yale. Cole’s honors and awards include fellowships from the NEA, the NEH, and the Guggenheim Foundation, the MacArthur Foundation, the PEN Translation Award for Poetry, the American Publishers’ Association Hawkins Award, the National Jewish Book Award for Poetry. 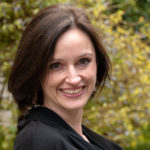 Annie Kantar is the recipient of an American Academy of Poets Prize and Fulbright Scholarship. Her English translation of the poet Leah Goldberg’s book With This Night (University of Texas Press, 2011) was short-listed for the American Literary Translators Association award. Her poems and translations have appeared in venues such as The American Literary Review, Literary Imagination, Poetry Daily, Rattle, Tikkun, and many others. She directs the English Studies Program at Shalem College and has led creative writing and translation workshops at numerous universities, including Bar-Ilan University, the University of Maryland, the University of Pennsylvania, and Yale University.