Translated from the Latin by George Held

A thief well known for his huge greed,

Cilix wanted to rob a garden,

but in this huge garden, Fabullus,

was nothing but a marble Priapus.

Not wanting to leave empty handed,

Cilix stole the Priapus itself.

Unguents and cassia and myrrh stinking

Of funerals, return from your putrid purse,

Wicked Zoilus, and the half-cremated frankincense

You swiped from the middle of the pyre,

And the cinnamon you stole from the Stygian bier.

Your insolent hands learned sin from your feet.

As you were a truant, no wonder you’re a thief. 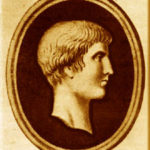 Marcus Valerius Martialis (A.D. 40-104), or Martial, was born in Spain and flourished in Rome. His greatest achievement remains his 1500 epigrams, in which he depicts, often satirically, the behavior of his fellow Romans and perfects the form in Latin. His influence appears in the work of virtually every epigrammatist since. 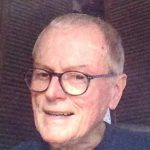 George Held’s translations of Martial’s epigrams have appeared in many journals, including Circumference, Ezra, Transference and The Notre Dame Review, and in his chapbook Martial Artist (Toad Press, 2005). An eight-time Pushcart Prize nominee, he has published nineteen collections of poems, including Bleak Splendor (Muddy River Books, 2016).