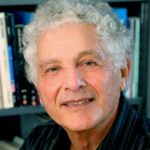 Robert Alter has recently completed translating the entire Hebrew Bible—all 35 books from Genesis to Chronicles. Marcela Sulak spoke by phone to Robert Alter on June 12, 2019, while he was lecturing in Israel.

Marcela Sulak: You’ve discussed in other interviews your motivation for translating various books of the Bible into English. It’s safe to say that previous translations, such as the King James Version, were based on an uncertain grasp of Hebrew, whereas other, more precise translations, such as that of the Jewish Publication Society, sometimes lacked an understanding of Biblical prosody, style, or “even a rudimentary grasp of the connotative powers of language, much less those with any sense of sex appeal,” as you put it in the Dec. 2018 interview with Avi Steinberg for The New York Times Magazine, while discussing a line of The Song of Songs.  Your sense of prosody, your grasp of the connotative power of language, transforms our experience of the Bible in English.  Reading your translation, I experienced many surprises, and found my previous understanding of certain Books—such as the Book of Esther—turned on its head. Could you describe for us a moment or two in your translation project, in which your own understanding of a verse, passage, or book was transformed or changed through the act of translation?

Robert Alter: This happened at a few points, but as a greater appreciation for what was going on, rather than as a radical change in understanding. In the Samson story, it was one word—halitsah.

Samson makes a wager with the 30 wedding guests in Gaza.  [If they could guess the answer to his riddle, he would give them each a halifah, and if they could not, they would give him 30 halifot.]

We are familiar with the term halifot bgadim, which is usually a suit of garments. But when Samson goes down to Ashkelon and kills thirty Philistines, what he takes from them are halitsot, usually translated here as  garments. However, it is important to note that at this point in the Samson story, the word is spelled with a zadi instead of a pey [halitsah , not halifah].

There is only one other place in the Tanakh where the word appears: 2 Samuel 2.21. Abner, pursued by the fleet-footed Asahel, urges him “turn you to the right or left and strike down one of the men and strip him of his halitsah. Here, what he takes is an armor, not a garment. For haluts is military vanguard,  and halitsot  is what the fighters in the vanguard were wearing.

Returning to the story of Samson at the wedding, Samson kills 30 warriors. Instead of bringing back 30 sets of garments, he brings back 30 sets of armor, and this also becomes a warning. This brings a new perspective on the story, and a deeper appreciation of Samson’s menacing strength.

MS: Could you give an example of how the prosody, or poetic structures, of the Bible create meaning beyond the denotative capacities of language? And how you managed to convey this music in English?

RA: I’ll give a prose example, because in good literary prose, rhythms are important, and modern translations of the Bible tend to be arrhythmic. My example is from Genesis, the creation of the little light and the big light:

Cadence here is important because  the choreography of sound in that sentence is a way for the priestly writer to transmit his sense of the orderly, harmonious process of creation. Sound is an indispensable part of the meaning. It is quite different from what you get in the JPS version.

MS: Here is the JPS version:

And God made the two great lights: the greater light to rule the day, and the lesser light to dominate the night; and the stars.

So many of our Biblical figures act as translators or at least simultaneous interpreters—they interpret God’s word or will to God’s people—don’t you think? Is there a particular Biblical personality that resembles your own goal or role as a translator?

RA: Do you mean the prophets?

MS: Yes, I did mean the prophets.

The prophets were hearing the words of God. I won’t venture to explain the psychology of this; it’s a matter of speculation. When they spoke this poetry, they weren’t really translating what God was saying but transcribing it.

There were not really any translators in the Bible. But there are a few points where our attention is called to different languages side by side.

In the Book of Kings, Nebuchadnezzar’s men to come to the king and speak to him in Hebrew. And Nebuchadnezzar says don’t speak Judahite, speak Aramaic. I don’t want the people to understand. The Assyrian official replies that, no, I want them to understand. I will speak  Hebrew.  It’s one of the instances in which multiple languages are mentioned.

MS: Are you the first person to have ever translated the entire Hebrew Bible by yourself, rather than by a team of editors and translators?

RA: Very late in the process. Genesis was an experiment; and it worked. Then the book of Samuel, and it worked pretty well.

After the first two, my editor came out to San Francisco and we had dinner together and he asked me if I wanted to do more Bible translation. I suggested a neat little volume of a few small books—Ruth and Esther, etc. He frowned—there  was not much marketing context, he said, for miscellaneous books of the Bible.   Well, “What do you have in mind, “ I asked.  “If we had the choice,” he answered, “we would love you to do the whole Hebrew Bible.”

After some discussion, we agreed on the Five Books of Moses.  When it came out, it was widely and enthusiastically reviewed, and so I went on to do Psalms, which was also widely and positively reviewed.

Given this encouragement, I continued doing individual books of the Bible, but  I still wasn’t thinking of the whole.

Four years ago, I looked back and saw I had done almost two-thirds and thought, “I could do this,”  and so I did. In one fell swoop again.

MS: So this idea to do the complete was fairly recent! What were your favorites?

I just love the Song of Songs. It was a great joy to translate it.

Despite the difficulties, I was enthusiastic about doing the poetry of Job.

MS: The poetry of Job is especially compelling—Job’s utter indignation and argument with God. It’s a favorite of mine, as well. Thank you for taking the time to speak to me.

Robert Alter‘s translation of the Hebrew Bible, the magnificent capstone to a lifetime of distinguished scholarly work, has won the PEN Center Literary Award for Translation. His achievements in scholarship ranging from the eighteenth-century European novel to contemporary Hebrew and American literature earned Alter the Robert Kirsch Award for Lifetime Achievement from the Los Angeles Times. A member of the American Academy of Arts and Sciences and the American Philosophical Society, Alter is the Class of 1937 Professor of Hebrew and Comparative Literature at the University of California, Berkeley. 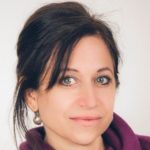 Marcela Sulak is the managing editor and a poetry and creative nonfiction editor of The Ilanot Review.