A man I thought I loved first drew my attention to the fig tree on Amwell street. The tree is so large, its trunk and branches so thick, that either the owners or the council erected wooden poles to support its heavy limbs. As we cycled through the quiet central London street, the man told me over his shoulder that the tree was planted on the grounds of a school built in 1828. He said the tree is at least 200 years old, and still produces fruit.

Sorry—I shouldn’t say fruit. That’s incorrect, botanically speaking. Figs are no more a fruit than a tomato is a vegetable or an almond a nut. (Even though the US Supreme Court legally declared the tomato a vegetable in 1893, by unanimous vote.) The green or purple tear-drop appendage a fig tree produces is called an inflorescence. The Ecological Society of America defines inflorescence as “a cluster of many flowers and seeds contained inside a bulbous stem.” They call them a maze of flowers. Because of this unusual layout, they say figs require a special kind of pollinator. A wasp will weasel its way into the fig through a small opening at its bottom, the ostiole. Once inside, the wasp travels through the chamber of the fig, depositing her eggs within it while shedding the pollen she carries from the fig she was born in. Thus the inflorescence is fertilized. Once the wasp dies, her body and eggs are absorbed by the fig as it matures. Each type of wasp only pollinates one kind of fig. It’s an example of coevolution so profound that neither species can survive without the other.

Lest I put you off your appetite, I should note that this pollination process doesn’t normally apply to commercially grown figs—only wild ones. Store-bought figs usually come from sterile trees, which don’t require pollination. (So no dead wasps for them.)

When I research the history of the fig online, I mostly find facts related to the ancient world. In 2006, researchers discovered subfossils of fig seeds and partially burned fruit in Gilgal I, an early Neolithic village located in the Jordan valley 11,000 years ago. These remnants might be the earliest known example of agriculture, as they precede the domestication of cereals such as rye and wheat by almost 1,000 years. In Greek mythology, the goddess of agriculture Demeter told Phytalus the secret of fig cultivation to thank him for his hospitality. Greek athletes trained on a diet of figs, and when they won the Olympics, their first laurels were figs. Local figs were also a main food staple for those enslaved by the Romans and Greeks. And they killed Rome’s first emperor, Augustus. Rumor has it the figs were plucked from his garden and smeared with poison by his wife, Livia. The Romans later named a variety Liviana, but whether this was because of her murderous figs or her knowledge of plants, we do not know.

Nothing about this explains how the Mediterranean tree made it to London’s Amwell Street. So instead of “fig history,” I type “fig tree London history.” A website in the search results with the name figs4funforum catches my eye. I click on the link. It takes me to a thread started in 2017 by a user named petrpan. He writes:

I am on a business trip this and next week in London. I am definitely taking cuttings from the fig tree on Amwell street and a fig tree on Euston street with pretty big figs on it already (I’ll try to attach picture below). Any tips for fig trees with interesting figs I could take cuttings from? All suggestions are very welcome. Thank you.

ukfigsteve, pvc12, and Dentdiz chip in. ukfigsteve notes that the tree on the grounds of the Church of St George the Martyr on Borough High Street “used to be huge but they keep hacking it back, which only seems to encourage it. Leaves look a bit like Dalmatie?” pvc12 posts a photo of a tree next to Westminster Abbey. He says the garden is called “England’s Oldest Garden” and claims this may be the country’s most famous fig tree. One user shares screenshots of Google maps with tree locations circled in and notes about potentially locked gates. He recommends taking cuttings in the rain if the tree’s owner might object, as a large umbrella offers excellent concealment for illicit acts of botany. Another sends latitude and longitude coordinates, as though petrpan/Lubos were an explorer at sea. Their profiles list varieties they are growing, climate zones, and wish lists. They call themselves figgers.

The man I thought I loved wasn’t a figger, but I felt a certain way about him because of the Amwell street tree. Without him, I would have cycled by without too much of a passing thought. “Nice tree,” I might have said to myself, and then gone on my merry way.  But with him, I noticed things. The more time I spent with this man, the more I thought of the world as full of delights, if I just cared to look.

Even so, I was surprised by the enthusiasm I found on figs4funforum for London figs. The fig trees of London are beautiful, but their fruit is inedible. I read on Ourfigs.com that the first record of a fig tree found on British soil dates back to the 16th century. Cardinal Reginald Pole planted a specimen in Lambeth Palace, in south London. He likely brought a sapling or cutting back from southern Italy, where he was exiled for a time after the Reformation and Henry the VIII’s break from Rome. Fig trees then spread quickly across England’s estates, imported from France, Spain, and Italy. Aristocrats planted them on the south walls of their gardens, and they were the only ones to appreciate this tree that produced a fruit made tasteless by England’s lack of sun. Working classes derided the tree: something of no value was not worth a fig.

Aren’t the branch thieves on figs4funforum frustrated by the tastelessness of London’s figs? What fun is there in an inedible fig? As my friend Philippe says, “decorative is nice, but decorative and edible is best.” I’m not the only one annoyed by British figs. The 20th century food writer Jane Grigson found the climate of her country frustratingly tantalizing because of its effect on the fruit, while the Israeli-born chef Yotam Ottolenghi calls British figs the epitome of unattained desire.

In the end the man I thought I loved wasn’t worth a fig, but I still delight in the Amwell street tree—I notice it every time I cycle by. In the spring its leaves exude a thick green fragrance, and by late summer, fruits start to appear. When I pass the tree heavy with figs unsweetened by the English sun, I pick the leaves to cook fish in them and leave the fruit to the birds. 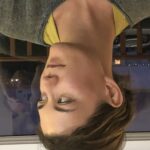 Edmée Lepercq is a writer based in London.