I Am the One Who’s Free

Translated from the Arabic by Christine Khoury Bishara

The bird of my poetry sang.

Its melody hovered in ecstasy

the warden and captivity,

and between the knock and the escape,  it

visited the field and the grove,

the olives and the sea,

and I became its ebb and flow.

I am coming to the top of the edifice

and nullifying the dark.

In my imprisonment, I am cultivating patience.

I am the one who’s free. 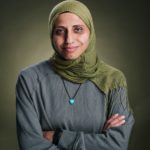 Dareen Tatour (born 16 April 1982 in Reineh) is a Palestinian poet, photographer, and social media activist from Reineh, Israel, who writes in Arabic, her mother tongue. Following the publication of a poem on social media, she was tried and convicted in 2018 in an Israeli court for “inciting violence” and “supporting a terrorist organisation” being released in September, 2018. She has published her work on Facebook and YouTube. 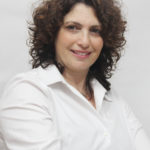 Christine Khoury Bishara is fluent in Arabic and English and has long needed to translate in-between both languages as a student, as a teacher, and in her public relations-oriented careers. She is finishing a Master’s Degree in Literary Translation at Bar-Ilan University.