Where I came from, tourists panned for gold in the cool mountain streams of forgotten mining claims. We hosted rock and mineral shows, spread geodes and murky quartz on foldout card tables in the middle of godforsaken scrub desert. We hauled battered, plastic tubs of granite and mica then leaned them against yucca spines. We let lookie-loos paw through piles of baseball-size rocks while their bored dogs panted on leashes. We cocked our heads while small herds of little boys held iron pyrite to the light of the sun— just to see if it might not be fool’s gold after all. We watched them turn the cubed hunks of rock in their fists, unsure of what exactly they were looking for.  We noted the treasure trove of grit beneath their nails and knew they’d be off to plunder our small streams for more, attempt to sell back to us all they’d unearthed, all the worthless sparkle right under our noses.

This sprawling gem show was held at the rodeo grounds, just past the drive–in movie lot where boyfriends paid for single tickets while stowaway girlfriends waited to spring from under blankets in the backseat, where snacks were oil-marked, brown paper grocery bags of popped at home popcorn and three for a dollar candy bars from the store.

During the day we’d park junked-out El Caminos beside old Cadillacs weighted down with crystalline boulders, beside coolers with enough sandwiches to last till Sunday. Halter topped girls swung their legs over truck beds and barked out mostly fair prices. To tell you straight, I was as intrigued by them as embarrassed. Sure, I handled quartz and moonstone like all the rest, just like them I shook off sandstone pebbles from my sandals as I sauntered down the rows of semi-precious stones.

My real job, though, was in town. I was a high school girl with a fancy retail position at the Stage Stop Trader, dealer in rugs, southwest jewelry and pottery. The place smelled like the peaches and spice potpourri we sold in sachets by the register, like cinnamon sticks warming in a bumper crop orchard, like eating hot pie on porch steps in the late August heat.

My best friend, Genevieve, and I worked at the Trader all summer long. Thanks to the thick adobe walls the shop was cool. The snap of our mint gum and the folk guitar playing on the stereo flavored the air with castanets and casual ambiance.

In the stock room we listened to Lisa, our twenty-year-old co-worker, tell us how she narrowly escaped high school pregnancies by her married cowboy boyfriend. She showed us the bump on her head under her helmet of rocker-permed hair, banged plump the night before in his red mustang sex-mobile.  She taught us how to down diet pills for an easy high. Her trick was to open all the capsules, pour the orange and pink dots straight into our mouths and then crunch the beads in our teeth. She recommended diet Coke as a chaser and didn’t mind giving beauty tips as well. Lisa burned her eyeliner pencils with an AC/DC cigarette lighter and traced our waterlines with a warm, smoky, black line.

Perched high in the corner, amid Tarahumara baskets and old-fashioned wood crates, a stuffed, life-size Native American Indian doll reigned in stoic silence. He was an antique bought by the owner. Though his tribe was generic and unknown he kept his eyes on us and we knew it. He looked like an old painting of my grandfather whose stare followed me no matter where I traveled in the room. This same grandfather married my grandmother after the war, when he was well into his twenties and she was just finishing her last year of school; the eighth grade.

On days of lightning and loud thunder we’d read about native myths in the dusty books no one ever bought. We’d scare ourselves silly, thinking we could hear the old man’s cough. Sometimes after work we’d drive to the cemetery. While our headlights shone on the headstones we’d laugh and whisper secrets over Mad Dog and Mickeys.

When it was sunny we loved to stack hundreds of dollars worth of sterling silver up and down our arms, malachite and onyx enough to pay for a feast. We’d wear black to work so the polished jewels would stand out and gleam. We took turns walking the bank deposits across the street to the First and Trust just hoping someone would whistle or raise a brow though it was obvious to everyone fifteen year-old girls from around there could never afford all the wealth we displayed.

Some days teen vacationers from nearby religious camps would stop by to purchase matching friendship rings, sweet stuff like rose quartz hearts with intricate filigree cut to bling. When they’d return two days later, damaged goods in hand, complaining in bubble gum breath of shoddy quality; ring stones lost while out on horse rides, we’d gripe in the back room about buyer’s remorse and speculate on how they only wanted the cash back in their pocket. Though what was it to us? We got minimum wage and a day’s worth of western glam— we had no real skin in the game. To say we were smug was an understatement but what we didn’t know could fill a vault.

Later in college my best friend sold the entire stash of jewelry she’d bought from the store. Even with her employee discount and the pawnbroker’s generosity she lost money on the deal. Mountains once brimming with boom towns and turn-of-the-century millionaires looked different in the late eighties. Coming out ahead meant living past all the alcohol-fueled woodsies, meant surviving one hundred plus mile an hour drives down asphalt roads to nowhere. It meant hustling out of there if only to return years later, babies in tow, wary of the quicksand, careful of the blind curves, saying “don’t I remember when.” 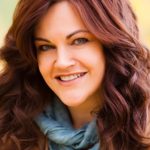 Kierstin Bridger is a Colorado writer and author of Demimonde (Lithic Press), the 2017 Women Writing The West’s Willa Award. She is also author of a full collection, All Ember (Urban Farmhouse Press). Winner of the Mark Fischer Poetry Prize, the 2015 ACC Writer’s Studio award, and short-listed for the Manchester Poetry Competition in the UK, Bridger is both editor of Ridgway Alley Poems and Co-Director of Open Bard Poetry Series. She co-hosts Poetry Voice with poet Uche Ogbuji. Find more of her work in December, Prairie Schooner and Painted Bride Quarterly. She earned her MFA at Pacific University. Kierstinbridger.com