Translated from the Russian by Alex Niemi

from the roots of dull light
returned to the stop gap:

in the interim,
you hide the lapses,

on these days, revelation
works
on the veiling of time. 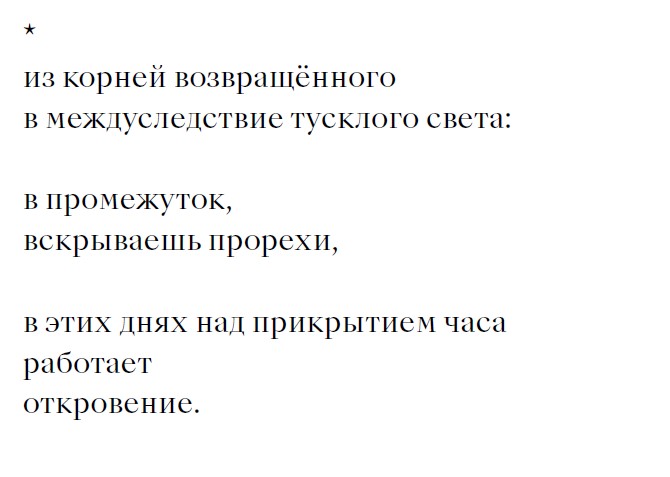 a change of state
at the speed of falling night.

like a shot, intervals rush into intervals,
and occurrence,
that time-eating beast,
wanders around collecting them,
its teeth — straight from the deep
of the day of summation. 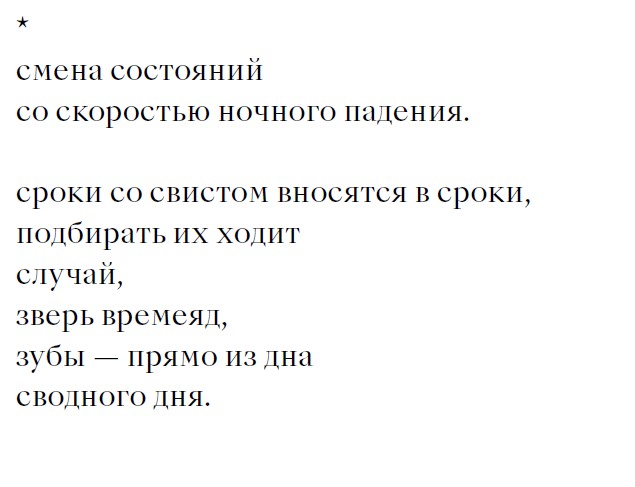 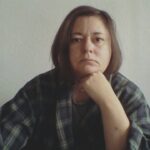 Anna Glazova is a poet, translator and independent scholar. She has published five books of poetry in Russian and received her PhD in German and Comparative Literature at Northwestern University (USA). She translates from German and English; among the authors she has translated are Franz Kafka, Unica Zürn, Walter Benjamin, and Emily Dickinson. 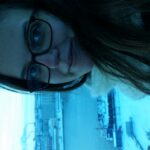 Alex Niemi is a writer and translator from the French, Russian, and Spanish. She is the translator of The John Cage Experiences by Vincent Tholomé (Autumn Hill Books, 2020) and For the Shrew by Anna Glazova (forthcoming from Zephyr Press). She is also the author of the poetry chapbook Elephant (dancing girl press, 2020).