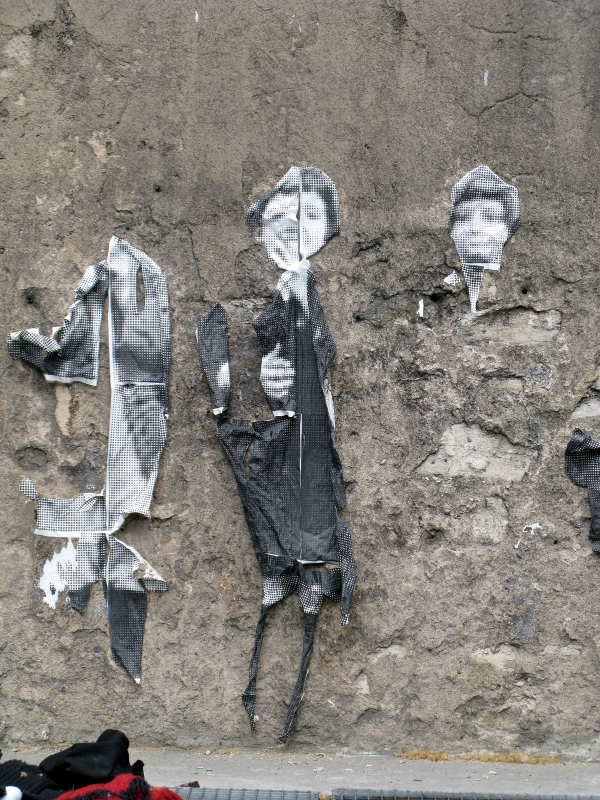 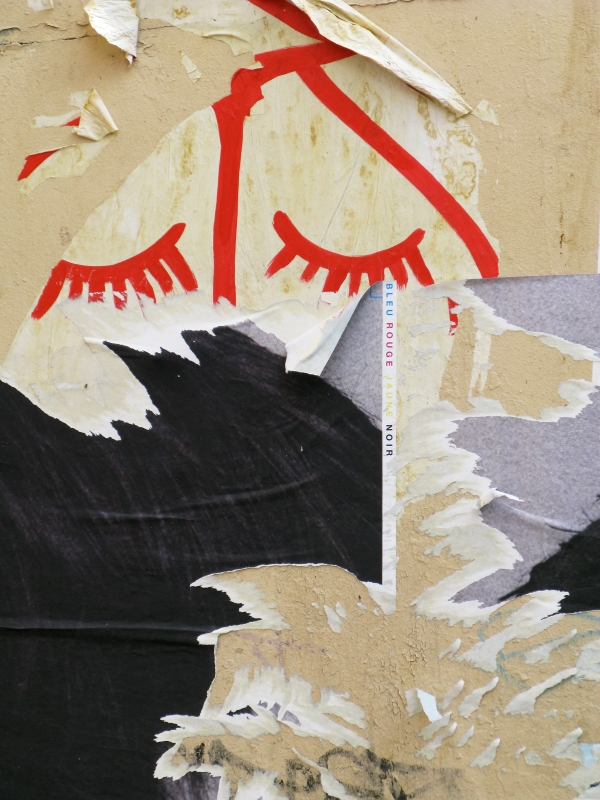 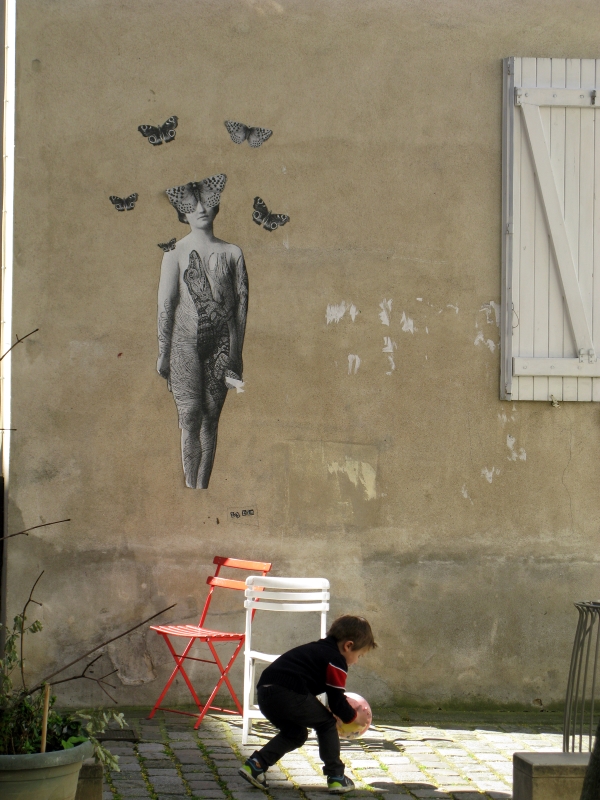 Artist’s Statement: I’ve been photographing in Paris now for over thirty years. Initially my work would have been considered documentary or street photography and concentrated, as the name suggests, on what was happening in the streets and on the sidewalks of Paris. In more recent years I have shifted to the walls and windows of Paris pursuing what one of my French friends call the life of a flaneur i.e. “The word describes those who take advantage of a wanderer’s paradise: the streets of the city, filled with charming shops, stirring landmarks and ephemeral encounters.” What could be more ephemeral than graffiti? The French have a long history of applying posters to walls (since the 1840s) and in some instances I have found ‘favorite’ corners where overlapping posters can go back as much as twenty years! These posters are just another record of how a great city evolves and I feel it is important to document that change. 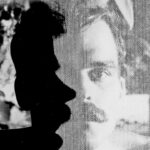 Roger Camp is the author of three photography books including the award winning Butterflies in Flight, Thames & Hudson, 2002 and Heat, Charta, Milano, 2008. His work has appeared on the covers of numerous journals including The New England Review, Southwest Review, Vassar Review and Lumina. His work is represented by the Robin Rice Gallery, NYC. More of his work may be seen on Luminous-Lint.com.