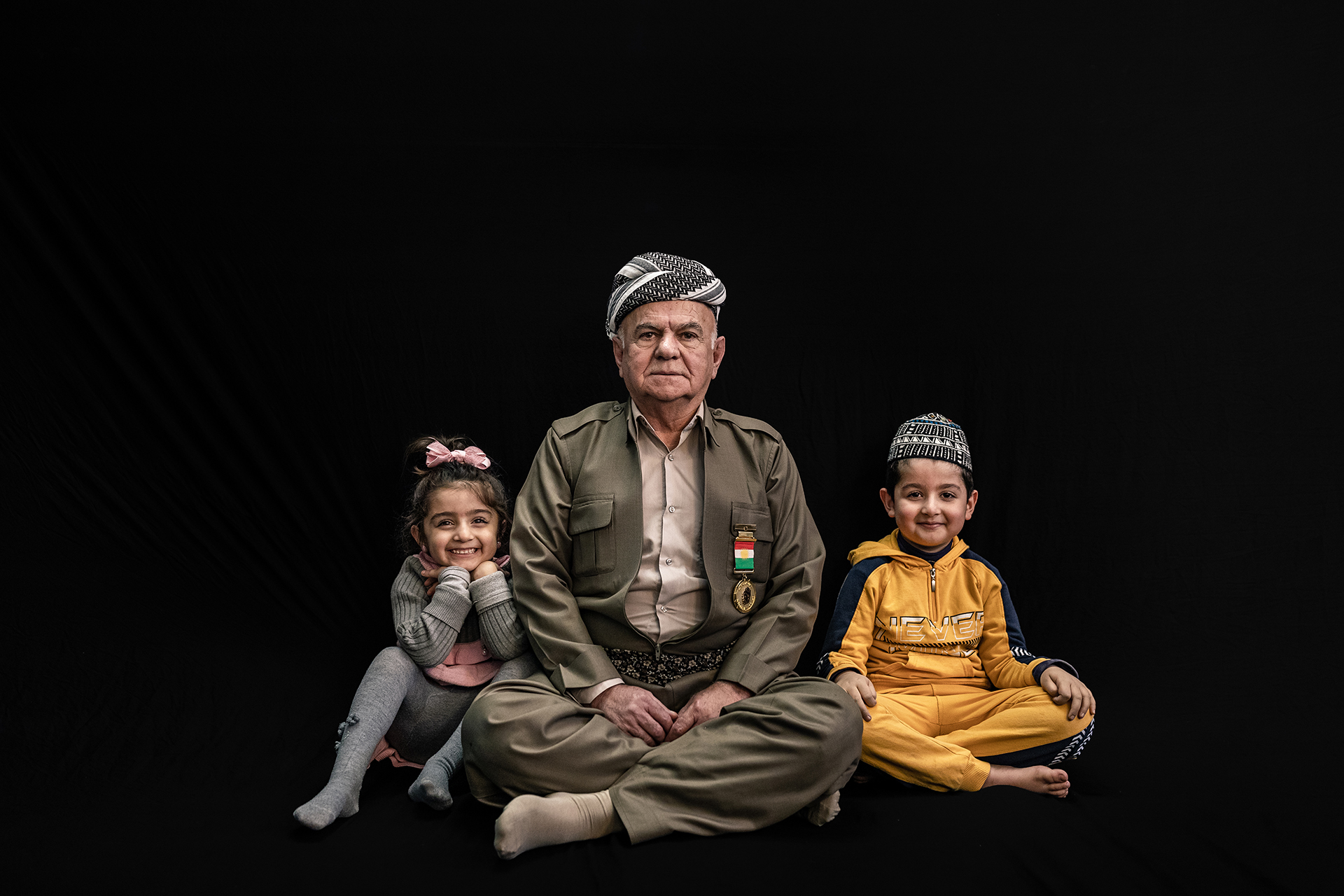 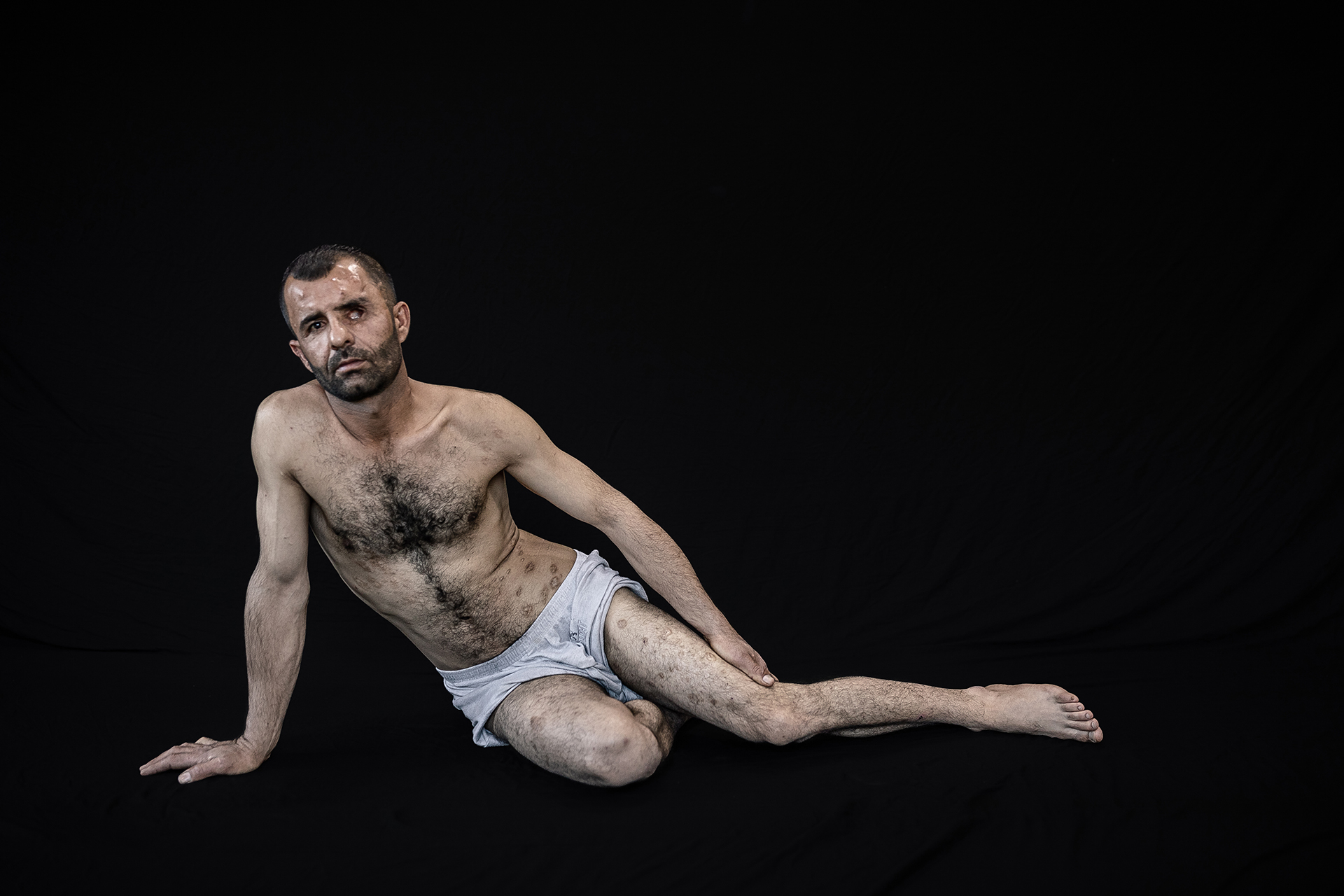 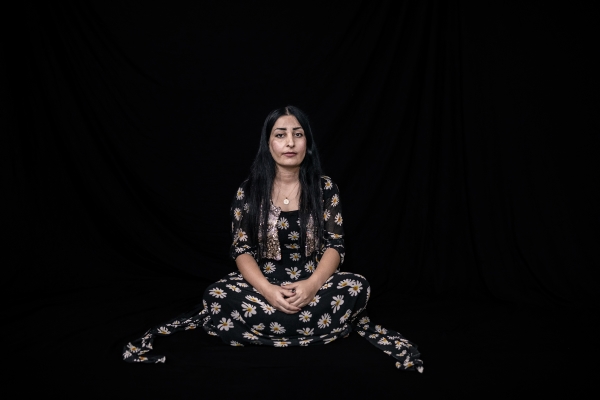 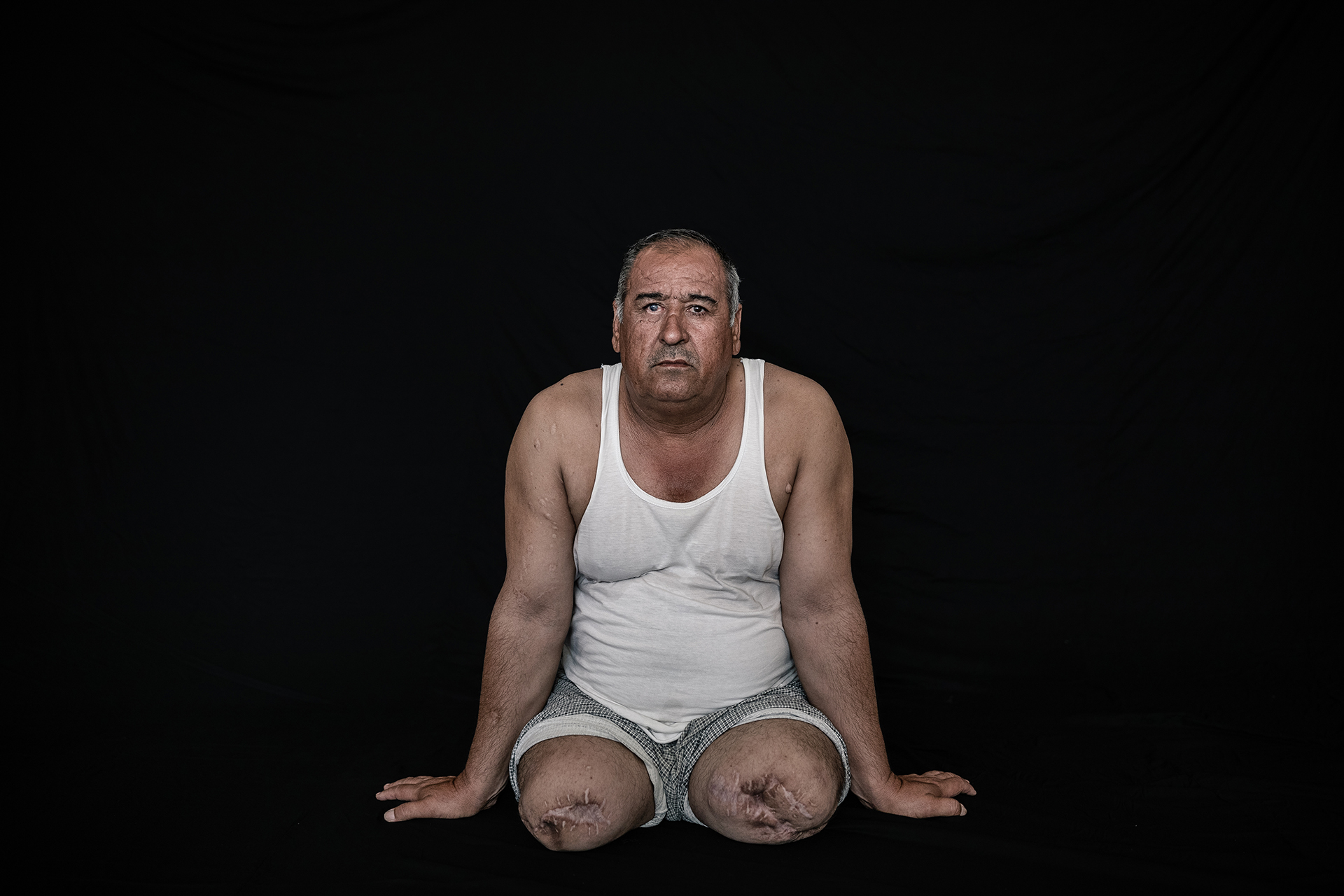 Brahim Ahmad Ebrahim Ghader, b. 1969, wounded by an IED explosion. 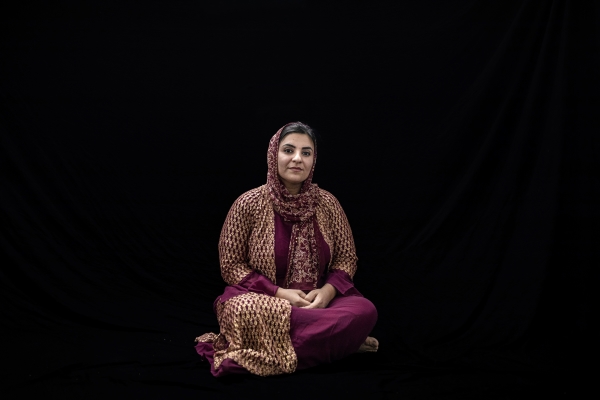 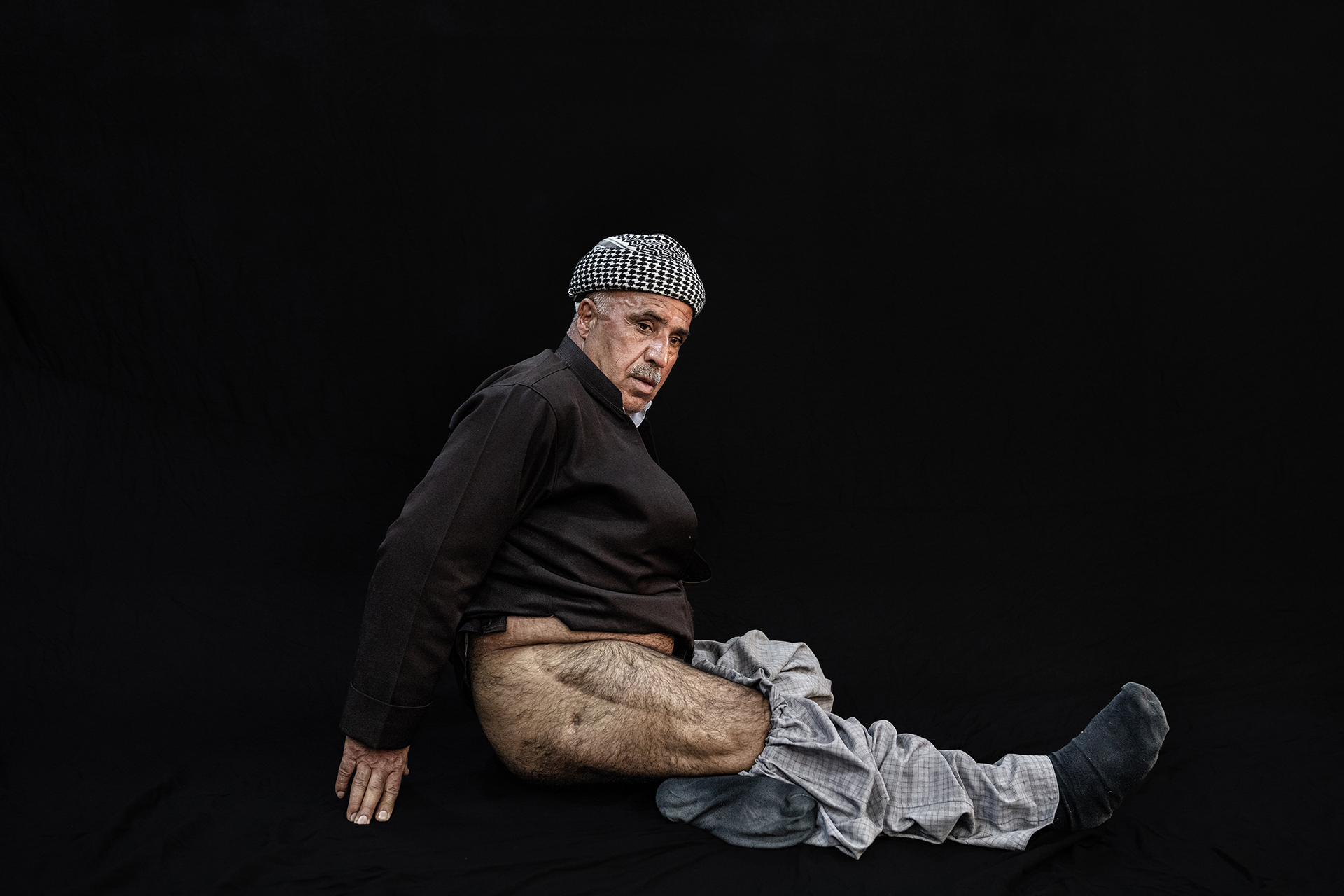 Ebrahim Aref Saleh, b. 1956, wounded by an ISIS bullet in Shandokha, part of Mosul Province. 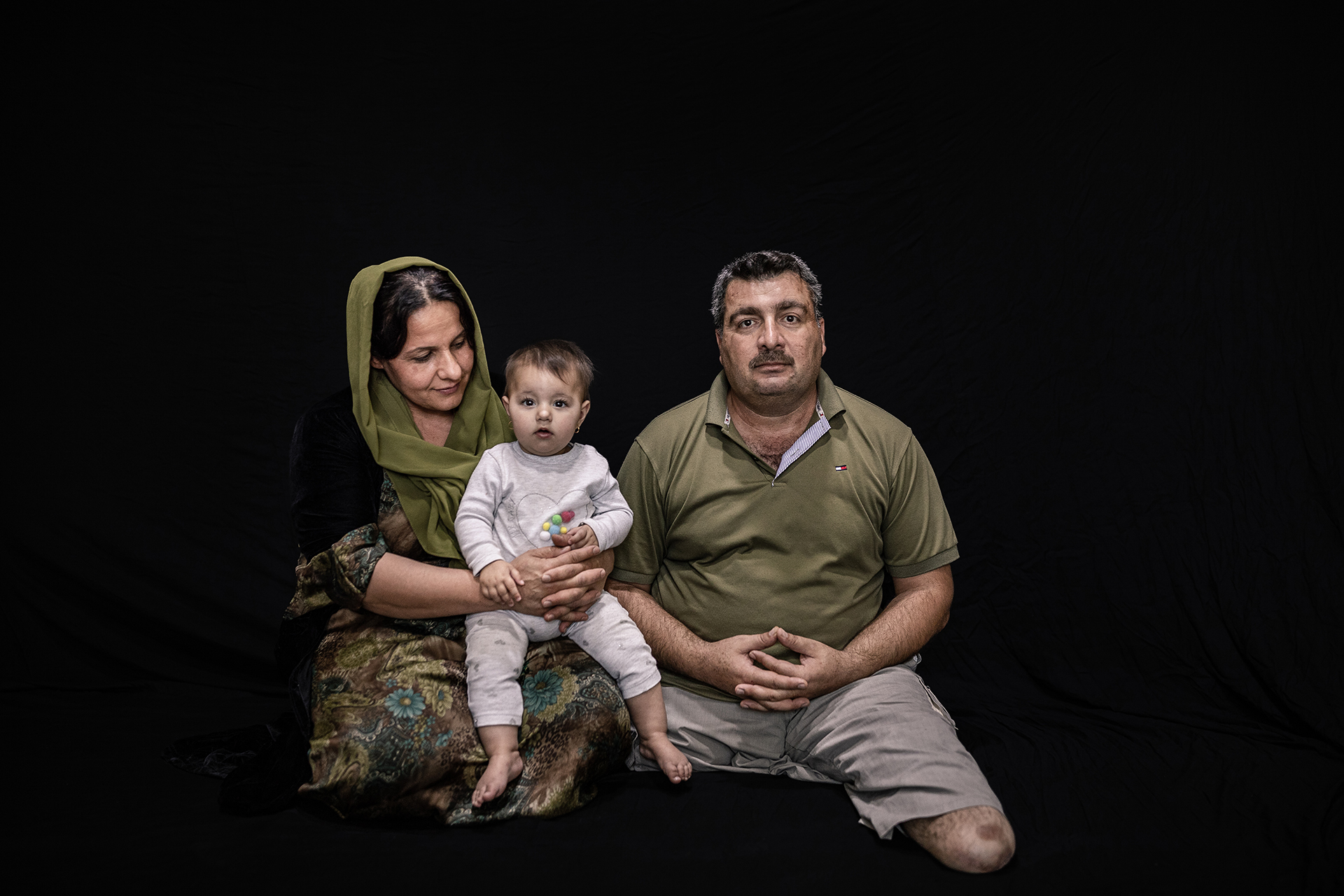 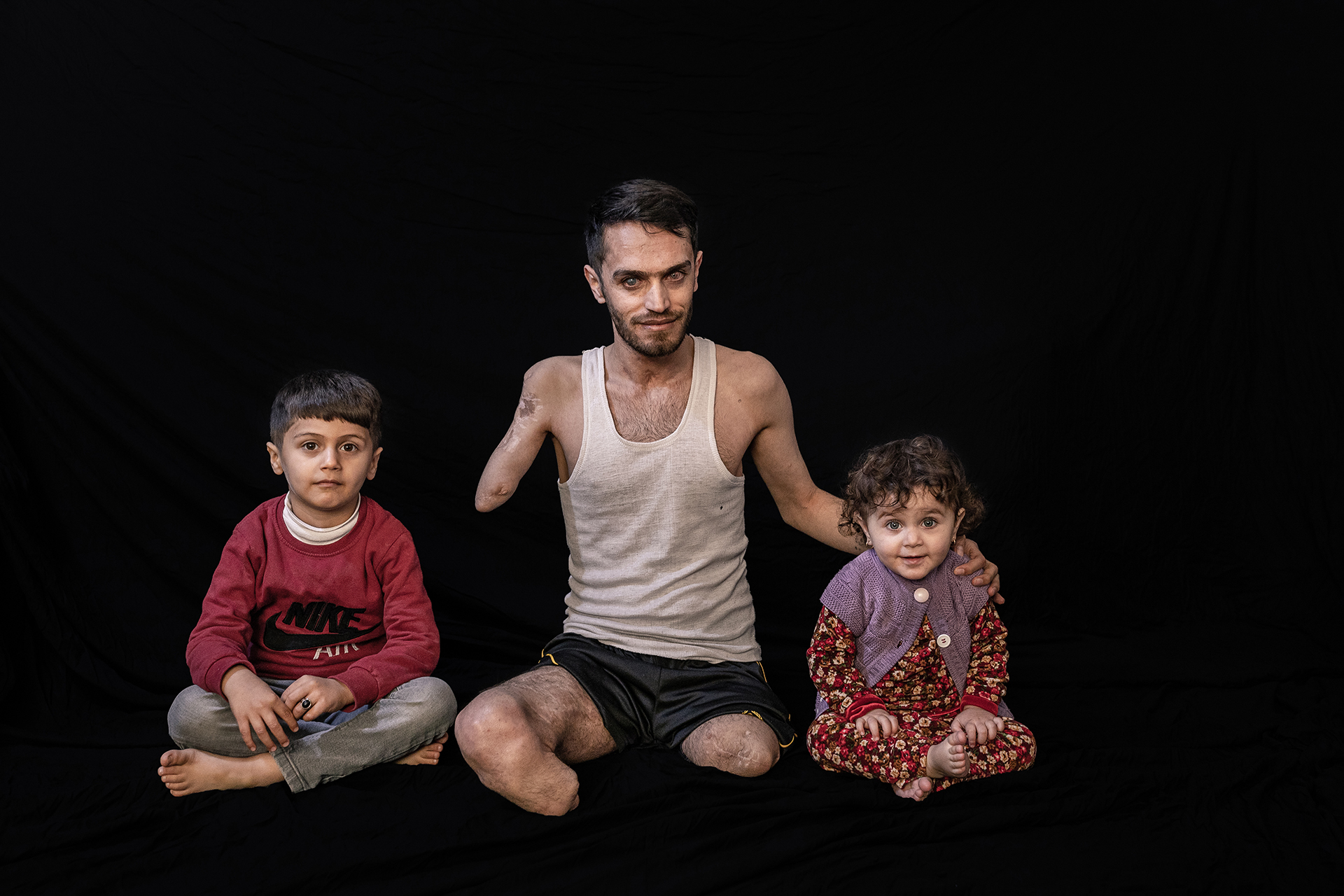 Salman Farman Saleh, b. 1992, with his two kids. Wounded while clearing a minefield. 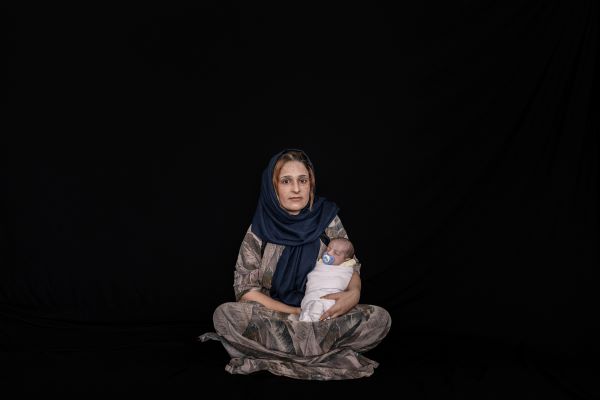 Hind Hassan Yousef, b. 1992, with her newborn Noah. Hind’s husband, Bahman, was wounded on two occasions.

Artist’s Statement: As a Kurd and as a refugee who spent twenty-four years living in exile, I have embarked on a long-term project in the autonomous Kurdistan Region of Iraq, documenting the Peshmerga fighters in their battle against ISIS. These intimate portraits are an attempt to depict the war-time wounds and post-battle sacrifices that these fighters and their families have suffered. They fought side by side with brothers, uncles, cousins, fathers, and sons, knowing that the freedom and survival of their people were at stake. Many expressed hope that the price they paid is the price not just of their freedom but of the world’s, and the question they often asked is, will the world help them or forget them now that they have put down their guns. 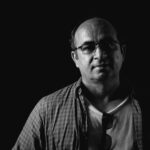 Younes Mohammad was born in 1968 in Dohuk, Iraq. He is a Kurdish freelance photographer mostly active on assignments for newspapers, magazines, etc. He spent his life in Iran as a refugee from 1974 – 1998 and graduated with an MBA University of Tehran. Photography was his passion but he had no chance to follow it while the war situation was still continuing under Saddam’s time. In 2011 he quit his job and started his journey as a photographer. His work has been exhibited internationally and published widely in publications. He has received numerous awards. He is now based in Erbil, Iraq.