Kamehameha carried his fallen warriors to the sandy soil between crater and shore. He buried them on a rise so the sea wouldn’t wash their bodies away. Kamehameha knew there was another world beyond death, a place of plenty where they’d reunite.

Nearly two centuries passed. Heirs of the first missionaries poured concrete and built a private club over the sacred burial ground. The members were mostly haole, the no-breath tribe who ignored the bones below and rarely mentioned Kamehameha. When club coconuts fell, the nobreaths told their keikis Hawaiian ghosts had risen. But the children couldn’t see or hear the ghosts and knew nothing about the graves. Few knew they were playing in a cemetery with an ocean view.

Sometimes the club allowed a kanaka maoli to join if he or she had inherited land and wealth. Those with island blood obeyed club rules and avoided ancestor discussions. The pake groundskeeper saw a big man in ancient battle gear moving between trees at dusk, as if hunting enemies. Couples drinking Mai Tais laughed on the terrace. The big man vanished.

The warriors listened from beneath the slabs. 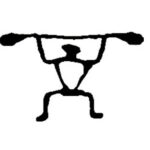 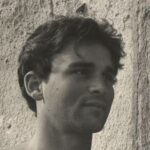 Kirby Michael Wright‘s new book is SORROR TOWN: Selected Stories. This collection includes fiction, creative nonfiction, gonzo journalism, slipstream, horror, and erotica. He has just completed his Coming of Age manuscript set in Hawaii and is looking for a publisher.