Poems by Yan An

Translated from the Chinese by Chen Du and Xisheng Chen

How Did Four Dung Beetles Easily Take Away Earth

Yatter-Natter About Poetry and Biology 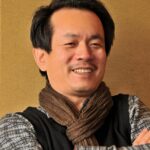 Yan An is a most famous poet in contemporary China, author of fourteen poetry books including his most famous poetry book, Rock Arrangement, which has won him The Sixth Lu Xun Literary Prize, one of China’s top four literary prizes. The poems published here are from Rock Arrangement, which was published by Shaanxi Publishing & Media Group (Taibai Literary Press) in 2013. 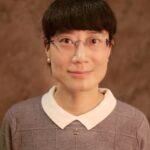 Chen Du has a Master’s Degree in Biophysics from Roswell Park Cancer Institute, SUNY at Buffalo and another from the Chinese Academy of Sciences. Yan An’s poetry book, A Naturalist’s Manor, translated by her and Xisheng Chen was published by Chax Press. She is also the author of the book Successful Personal Statements. Find her at of_sea@hotmail.com. 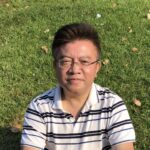 Xisheng Chen, a Chinese American, is an ESL grammarian, lexicologist, linguist, translator and educator. His working history includes: Adjunct Professor at the Departments of English and Social Sciences of Trine University (formerly Tri-State University), Angola, Indiana. As a translator for over three decades, he has published many translations in various fields in newspapers and journals in China and abroad.