At first she thought it would be a good deal like kissing Kermit. Kind of felty, tufts of green fuzz sticking in her hair when they parted. Lifting Henry up to her eyes, she pouted her lips and waited for him to kiss her. He felt cold, palmed by both hands (for he was a rather large frog). His forelegs kept slipping through her fingers and it took a while before he finally managed to launch his tongue across the space between them and insert it into her mouth. Well, she thought, this certainly doesn’t feel felty.

When she met William under the Brooklyn Bridge, she was pleased by his small size because it meant she could hold him in one hand without straining too much. William was a handsome frog, speckled snot-green on inky black glands. She loved how clean he looked when he shed his skin every three weeks. She would watch him munch on the old skin, thinking him most resourceful.

Some time later, she and William crossed paths with a traveler as they walked along the Highline. William was perched on her shoulder. His tongue darted in and out of her ear, and it made her giggle.

“You know there’s no prince inside that frog, right?” said the traveler, who was dressed in skinny jeans and taking pictures of flowers with his iPhone.

“Oh I know. I just really like this one,” she said. And the traveler looked at her like she had a screw loose, and continued on his way.

Sometimes, when they were alone in her Bushwick apartment, she would let William climb onto her back and stretch his legs across the span of her shoulders. She didn’t really understand why he liked it so much, but sometimes he would insist on lying there for days. She had to keep changing her shirts, since her back would get soaked, but it made William happy, so she went along with it.

Other times, she would lie on her back and place him between her thighs. He preferred her to be as wet as possible, and she assumed it was because it reminded him of home. William always knew how to make her feel good. So, she supposed, letting him rest on her back wasn’t such a big deal.

After she and William parted ways (he didn’t like abstract art and she no longer found the skin-munching cute), she met Phillip while on vacation in Brazil. He was exotic, glowing neon, and totally dangerous. Phillip was rougher than all the other frogs, and kissing him felt like wrestling. Thinking it couldn’t hurt to experiment a little, she allowed herself to like it when he pushed himself onto her back and refused to unfasten himself, even when she asked. The day Phillip disappeared, she cried for weeks.

She’d been going through a dry spell when she met Edward. Home for a visit, she took a stroll along Walden Pond and almost stepped on him; he had been camouflaged against a rock. The first time she and Edward kissed, he turned into a young man with grey eyes, twirling a scepter absentmindedly in one hand. He reached for her but she stepped back, and ran. 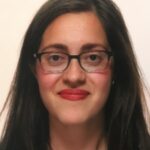