A bag of salt, a sack of rice
The ancestral mountain stood ahead magnificently
Thin wisps of smoke rose from the foothill village
In the peaceful singing of the fortune-telling bird. Soon after I set out,
My journey with the shotgun was fulfilled

The elder grandson said that Grandma could conjure green mung beans with magic:
Shrink the size of watermelon 30,000 times
Increase the hardness of loofah and shrink it 2,000 times
Peel a kiwifruit, increase its hardness and shrink it 100 times

Each of the green mung beans was Grandma’s Earth

Each of the red beans was Grandma’s heart

Each of the yellow soybeans was Grandma’s tear 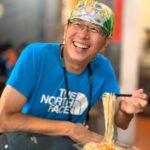 Ka-shiang Liu (1957- ) is a Taiwanese poet, essayist, novelist, nature observer and environmentalist. Liu dedicates most of his literary career to the domain of natural history and is dubbed “Birdman” because of his passion for bird watching. Using his critical eyes and poetic mind to write about nature, Liu has authored around sixty books to date, including eight poetry collections. Some of his works have been translated into English, German, Korean and Czech. 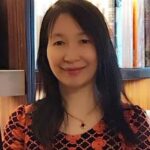 Wen-yu Chiang (1961- ) is a Taiwanese poet, writer, and linguistics professor at National Taiwan University. Active in public affairs, Chiang co-founded She-Whale Poetry Society to promote feminist poetry, and during her term as the chairperson of the Taipei Association for the Promotion of Women’s Rights, she initiated a series of creative writing projects to encourage the general public to write about woman. Chiang has published five poetry collections, two of them have won important literature prizes in Taiwan and one of them has been translated into Japanese. 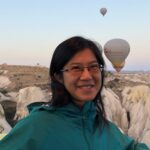 Ching-wen Kao is an English-Chinese interpreter residing in Israel and has been providing language services to the high tech industry. She is an MA student in Literary Translation at Bar Ilan University.