Reflections in the Water

“It would be enough if music could make people listen, despite themselves and despite their petty, mundane troubles, and never mind if they’re incapable of expressing anything resembling an opinion. It would be enough if they could no longer recognize their own grey, dull faces, if they felt that for a moment they had been dreaming of an imaginary country, that’s to say one that can’t be found on the map.” 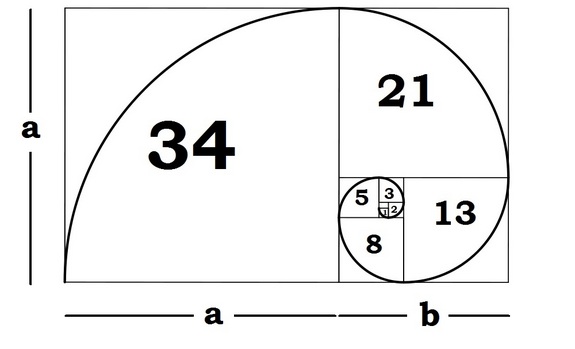 Twenty-three-year-old Debussy is sick in Italy. He has a fever and complains and doesn’t write. When he does write, he is dissatisfied and grumbles that the weather and the country are working against him. He daydreams. He loves Poe, Rossetti, and Turner. He has typhus or pneumonia. His fingers twitch against the sheets.

Madame Vasnier, her eyes aglow with candlelight and envy, is married to his patron, to whom Debussy writes obligatory, apologetic letters. Nighttime noises made her sit up and speak in her sleep. He listened to her shout, “I don’t know where I am!” but did not try to comfort her. He dreamt of drowning.

When he closes his eyes, the sea folds over him like a lover, drawing him into her blue and weighted places. Sirens toss their hair, ribboning out with the tide, and tilt their eyes skyward.

In number 42 rue de Londres, Gaby Dupont asks Debussy what he is writing. She says she wants to run naked outside because the room is too hot.

It is 1897 and they are careless. She finds a letter in his coat pocket. Some girl—one of those blessed damsels who sing his librettos—telling him the whole world falls apart when he isn’t in her arms, that her lips ache, that a glimpse of him makes her believe impossible things.

What love! Head in his hands, he tells Gaby that they have each retreated to separate countries from which neither of them can escape. To someone else she will be a beacon found without effort.

She opens her small clutch until it seems as big as a mouth and withdraws the awful revolver. Pointing the gun at her head, she tells him: listen.

Waving the gun and shouting so loudly in the middle of the day and some neighbor has called the gendarmes and Le Petit Journal and miles of people who do nothing but gawk. She tells him that her father has died. How could he do this to her after her father has died?

The gun slips. It lands on the floor with a dull thud.

He holds her then, not knowing that he will remain with her another two years before he can leave her to her own misery.

Years later, when he is beginning to love Emma Bardac (another married woman) much more than his wife Lilly, he will sit at his piano and finish the final piece of his piano Images in three days.

This last one is a refraction, a piece that moves in ripples rather than waves (he perfected waves in that impossible piece “La Mer”) and seems to drip into itself as soon as it begins.

He scratches lines for measures, copies and recopies notes to make his measures stand up for themselves; each phrase a synthesis of what came before leading into the next new idea. He counts beats in order to account for the golden ratio.

“I’m touched by your impatience over the Images. What happened was this: the first piece, ‘Reflets dans l’eau,’ doesn’t satisfy me at all so I decided to write another based on different ideas and in accordance with the most recent discoveries of harmonic chemistry…My apologies for this slight delay—which in any case won’t last beyond the end of the week. I’m starting to see things clearly again in my imagination and my thinking machine is gradually getting back into gear.”

Nothing in the composition of the piece has been written without consideration for phi and Debussy is unconcerned whether or not anyone, aside from himself and Durand, listens for the ratio unpacking, building itself, and then deconstructing itself over 94 measures and 375 beats. The new Reflets dans l’eau is an andantino molto that is almost as quiet as a droplet of water falling into a silvery lake. The piece divides asymmetrically into a beginning that stretches to the climax at the fifty-eighth measure and a smaller stretch that ends the piece. The climax, marked double fortissimo, is at the exact point of phi in the song, the mathematical equivalent of the golden ratio.

But what matters most to Debussy is that the music makes him dream, that it takes him from the present conundrum of his divorce, that it makes him forget all those women who threaded their hopes with his compositions and fingers, that it guides him across the border and far into a dark heaven only he can see.

Author’s Note: Claude Debussy was particularly interested in the mathematical concept of the Golden Ratio, a principle that describes the relationship between the sum of a large part and a small part divided by the larger part as equivalent to the larger part divided by the smaller part. This relationship results in phi, an infinite number. Debussy used the Golden Ratio in several of his compositions, but most obviously in his piece Reflets dans l’eau, where the climax of the piece is also the point of phi in the rhythm, the perfect harmony of math and music. Likewise, I have applied the concept of the Golden Ratio to this piece of fiction. The climactic moment of each episode is marked by some variant of the word “listen,” which is placed at the point of phi in each section. 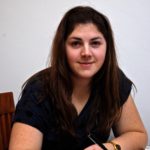 Jacqueline Kharouf has an MFA in creative writing from the Vermont College of Fine Arts. Her work has appeared in Necessary Fiction, Matchbook Literary Magazine, Gingerbread House, The Examined Life Journal, South Dakota Review, Fiction Vortex, and NANO Fiction, among others. In 2011, she won third place in H.O.W. Journal’s fiction contest, judged by Mary Gaitskill. Jacqueline blogs at jacquelinekharouf.wordpress.com, tweets @writejacqueline, and hopes you “like” her Facebook page “Jacqueline Kharouf, writer.”