The room is a die that fell
from a sick man’s grip.
In the room there’s
a desk
with three drawers.
In the bottom drawer (three dried-up pens, a tattered address
book, an old envelope with an Australian stamp)
a the lies
in ambush.

The is wrapped around the neck
of the first letter
of every word.

There
in the dark of the drawer the
spins for the dark
and this spinning is its house. Boredom breeds beauty like
an onion breeds
a bad smell.

When I’m bored
I lick
that thin margin
between two words.

One time I licked the thin margin
between “where” and “you”
and lo my tongue came across a house
with a family inside.
The house was a yawn for the house for yawning
and the family was a sect of gossips with a muddled
and tangled tongue. Tangled up in the curtains and table legs,
tangled up in the dog’s tail and dinner songs,
tangled up in the washbasins and the matriarch’s jewelry.
Zvika said: “Where’s the salt?” and “the meat is bland”
Noa said: “The lemon is like sour milk”
And Reuben said: “I love you. I will never leave your side.”

Boredom breeds a bad smell
like onion breeds a clipped beauty.
Reuben is bored,
eats an onion and loves
me only.

Boredom and I breed
Reuben
and teach him how to yawn and stink.
When he yawns we say to him:
This is the house where you will live and dance
with Reuben. 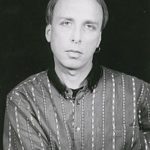 Hezy Leskly (1952-1994) was born in Rehovot, Israel to Czech parents. He lived for several years in Holland where he studied performance and multi-media arts. Upon his return to Israel, he began a brief but productive career as a dance critic, playwright and choreographer. His first poetry collection, The Finger, appeared in 1986, and by the time of his death of AIDS, he was regarded as one of the major literary voices of his generation. Dear Perverts was published posthumously in 1994. 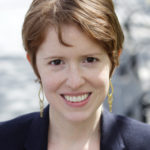 Adriana X. Jacobs is associate professor of modern Hebrew literature at the University of Oxford. Her translations of Hebrew poetry have appeared in various print and online journals, including Zeek, Metamorphoses, Truck, Poetry International and The Michigan Quarterly Review. She is a recipient of the 2015 PEN/Heim Translation Grant for her translation of Vaan Nguyen’s The Truffle Eye.