The dead must be placed in the earth. This is Jewish law. G-d’s directive to Adam was unequivocal: “You shall return to the earth, for you were taken out of it.”— Genesis 3:19. And yet, non-observant, uneducated, or spiritually bereft Jews may consider other methods—namely Sky Burial, Burial at Sea, or Carcass Conflagration. Therefore, these alternatives warrant discussion here.

1 – Sky Burial (in which the body is placed above ground for vulture consumption) was practiced by ancient Israelites during times of flight from persecution, when the process of digging through the rock-bound desert soil would delay the escape of the living. Sky Burial remains in use today, but due to declining numbers of the Catugthis aura (i.e. Carrion Crow) species, there are fewer birds to feed on the body and flesh removal is delayed. Sky Burial also brings with it the nuisance factor of birds (referred to as Sky Schnorrers) continuing to root and circle long after the corpse has been consumed. Observations of the lingering birds (Schnorrer Sightings) reveal that they retain an interest in familiar earthly events, croaking announcements in the voice of the newly departed/recently ingested person: “Candle-lighting at 6:23 tonight” – or voicing criticism regarding sights on the ground below: “This you call a Sukkot tent?” (In the case of a father, for example, whose bird might be circling in skies above the neighborhood at dusk, his remarks would be more secular: “Who left all the goddamn lights on?”)

2 – Carcass Conflagration (with subsequent wind dispersion of char and ash) is clearly forbidden by Jewish law. This method is an especially abhorrent reminder of the extermination crematoria of just one generation ago. In addition to its obvious desecration of the body, reports of abnormalities in songbirds in the forests around Treblinka and Ravensbrück were well documented. Such deformities (avian caul, soot wing) have been so observed around present-day crematoria, and are believed to be caused by tooth fillings which volatize during the intense heat of incineration and are spewed into the atmosphere as mercury vapor. (Not a factor, for example, in the case of a father who had no fillings—just badly neglected teeth, broken to the gum-line under his dentures—as a result of a childhood fear of the family dentist and third cousin Morton Plotkin DDS, who smoked a cigar during dental procedures, was known to drop hot ash into the patient’s lap, and gave a discount on extractions every Friday before Shabbos.) Despite the connotations, reduction of the body to char and ash is still regarded as a means of disposition by uninformed Jews or those influenced by the funereal practices of gentiles. In addition, the topic of carcass conflagration may be bantered about by simply irreverent persons (case in point: a dying father who—when asked about his wishes—was fond of saying, “Dead is dead” and “Who gives a crap?”—though near the end he reminded his adult daughter about the existence of a cemetery plot he “paid good money for” and in truth, had absolutely no inclinations toward a fiery end anyway.) Nevertheless, even if the deceased had left instructions for conflagration, it is the obligation of those caring for the body to disregard such wishes and to provide a burial in accordance with the laws of the Torah.

Lastly, Carcass Conflagration can occasionally result in the troubling spectacle known as Ash Reorganization. During this phenomenon, air-borne particles spewing from the smokestacks, rise, regroup, and hover in the shape of the deceased—sometimes for several days—before eventual dispersal (or when wind velocity exceeds 30 mph.)

3 –Burial at Sea is sometimes requested by individuals who are wistfully enamored of the ocean. They decide that upon their demise, their charred remains be dispersed (or what is more commonly referred to as “scattered”) upon the waves from a scenic seaside overlook or the railing of a boat. This practice is clearly contrary to Jewish law. But what of the more complex problem that arises when a Jew happens to die at sea, as ships will not alter their course when a death occurs. Such a situation is not unusual during a cruise vacation, when the elderly (a sizable percentage of cruise passengers) are more likely to succumb to on-board hazards: the chazeri served at the 24 hour-all-you-can-eat-buffet, the diarrhea and subsequent dehydration caused by the aptly named “Bon Voyage Virus”, the falls that inevitably occur when old folks careen around in their cabins in rough seas, and the third-rate doctors cruise lines employ—(which might be exactly the worries of an adult daughter, for instance, when her elderly father had been cajoled into a week-long “Epicurean Cruise of the Caribbean ” by his big fat selfish so-called girlfriend and world-class kvetcher who never really gave a whit about him anyway, and was mainly interested in working her way through the aforementioned buffet and dessert display at a pace fast enough to work up a good schvits. And although the daughter worried that the exertions of the trip—schlepping the luggage, the dreck that cruise lines call food, the very real possibility that the to-and-fro motions of the moon-driven sea might cause the big girlfriend to roll over on her father while he slept and cause his suffocation, he made it back alive—thanks be to G-d he did. He made it back and nothing that bad happened, nothing really bad—although his favorite hat blew off his head by the brisk wind off the stern—the cap he was awarded that time he made a hole-in-one at the Del Ray Country Club on the 6th hole—which is a downhill 250 yard, par-three with a dogleg left—and he watched from the rail as the hat sailed up into the smoke stack steam, briefly disappeared into the mist, reappeared again overhead, spun almost back to him on a starboard gust, was taken again by a spume of sea, and finally lost in the foam. If something bad had happened—really bad, G-d forbid—such as any of the things a father was prone to, including stroke, blood clot, burst aorta, or infarction of the heart—he would have been buried at sea. This would free the big woman to disembark at the next scheduled stop without the old man along, i.e., “without George slowing me down” (as she often remarked), and to suspend her grief for a duty-free stint of spending—perhaps another bracelet from the Cartier in Freeport, a few touristy tchotchkes as gifts, and it’s always a good idea to pick up a dozen big bars of Swiss chocolate when you’ve got the chance.)

Deposition in the earth is not an option at sea, of course, unless the decision is made to delay earth burial and place the corpse in the ship’s cold storage with the pork tenderloin and assorted treif for what may be an extended period of time—clearly a desecration of the body. In such circumstances, Burial at Sea is preferable. There will be no grave-marker and no place of remembrance, but the deceased can rely upon G-d’s mercy: “When you pass through the waters, I will be with you.”—Isaiah 43:3. The shrouded body is simply placed upon a board, the board is set upon the rail and tilted seaward. The body slides away, slipping beneath the waves and into the foam like an old hat.

After notions about the alternative methods of corpse disposition are dismissed, and the choice is made to obey Jewish law, the bereaved must then decide: burial with or without a coffin. A Jew’s coffin must be a simple wooden box, constructed without nails or metal hinges to ensure that it will—like the body—return to the earth in its entirety. However, burial without a coffin is certainly permissible, even recommended. Interment of the body wearing only a soft white shroud is an ancient Jewish practice that honors the dead, and the sight of an actual body in the burial hole awakens the living. 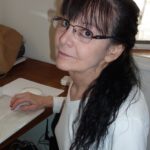