The Burden of Dumah

The angel of silence wants to talk,

to spill, to spew, exclaim, harangue.

The angel of silence wants to utter,

to mutter, finger-gun, to balk,

shout Bang! or Fire! into a crowd.

The angel of silence wants a voice

that soothes, that moves, persuades, entreats.

The angel wants to live aloud,

to gab and chatter, cant and banter,

to allude, imply, to prattle,

colloquize and pitch, to vent, to yak,

confide, to spill the beans, enchant,

insinuate. He wants to drone,

and spout, to rhapsodize, to flap

his tongue, to gossip, prate, intone,

to parlez vous. The angel tired

of the quiet-down, the shushing,

hushing up, the tranquilize, the still,

the calm, the lull – he wasn’t hired

for this, he’s wont to say but will

not say. Do not speak ill of him.

He lets the wind speak in his place.

He’d rather be invisible. 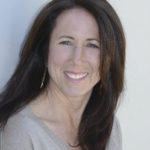