The Only Medicine that Works

In two days’ time, my mother will drink a poison. It will be the kind of poison that gives you no hangover because it gives you no tomorrow. They say it will be a painless death, but I don’t really know who they are. All I do know, is that they have never taken it themselves. I will hold her hand and tell her to be brave, and she will laugh because my hand will be the only one that is shaking.

Today though, the rest of us will take our own poisons. Our poisons will give us hangovers and though they will allow us a tomorrow, they will take away a little bit of today. My sister’s poison will be tequila. She will sit in the emptiest Irish pub she can find, just for a little while, and conduct a dispassionate experiment investigating how many shots it takes to forget the future. My father’s poison will be “if only”s. He will sink into them like a cheap mattress, whose springs dig into your back.

“If only she’d never contracted Multiple Sclerosis, or it hadn’t been the worst kind.”

“If only it hadn’t come for her hands, so she could still paint dancers and plant vegetables on the balcony.”

“If only ‘if only’s could dam the tide of time.”

As for me, I will make a cocktail of both because tequila and regret go together like whisky and ginger ale.

Tomorrow, my mother will drink a poison. But today, there is no time for poisons. It is the last today left with her and we refuse to lose even a little of it. Instead, we will all bring our own medicines.

My sister will bring the strongest medicine; her children, who are 7 and 10. They will run around the house giggling and screaming and saying silly words. Doing all the things that ruin death’s idea of a good party. They will not be somber or serious or provide any of the other passageways through which impending death drips its poison into the present. Lara, the older of the two, is learning Spanish and will spin around in circles, screaming “helicopteroooooooooo!” Harry will not say so much, but when he gives my mother a big hug and says to her, “you are the best grandma in the whole university!” it will be the thing she remembers most about the day.

It is true that they will not know that she is about to die. She will not look that way, any more than she ever has to them, with her electric wheelchair and shaking hands. But the fresh life that flows through their veins, so pulsing and pure, will sense that there is something dark that needs mocking and smothering in laughter. I will spare a few “if only”s when I look at them (“If only I’d also given her grandchildren in time…”), but mostly when I look at them, I will think “how lucky we are!”

When my mother looks at them, she will forget for a few moments that there is such a thing as death or poison or Multiple Sclerosis. She will smile a smile that she would struggle to top, even if she had a thousand more years left on this earth.

I will bring the medicine of laughter. It is all she ever asked of me. Every time I see a teardrop forming in her eye, I will do a bad impression of the neighbor she hates or teach the children silly accents and get them to say serious things to her in them. I will write her poems too and when I see her reading them, I will know that crying can be medicine too. We will laugh and cry together, like we always have, and it will feel like I am 7 again and she is 37 and healthy. Two best friends, for whom the fact we are mother and son is incidental. It will be the best medicine I know how to give her.

But really, we will all give her the same medicine. Our love. It will come in different shapes and sizes, but the active ingredient will be the same. It is the only medicine that works.

Today, my mother will drink a poison. She will drink it in Switzerland because if she tried to drink it in her home in Spain, she could be arrested and have her stomach pumped. She would like to live a little longer, but she is scared that if she does, the last drop of sensation in her lips and hands would bleed away and she would no longer be able to hold the cup or suck from the straw herself. Nobody else would be allowed to do it for her, so she would be sentenced to live in the torture chamber her body has become for however long it takes to crush her.

So, instead of in her home, she will drink the poison in a house that is not anyone’s home but is vaguely made to look like one. A strange, sterile shrine to death, in an industrial estate by a little lakeside town, with a name none of us can pronounce. The journey in the air ambulance will be exhausting for her broken body, so she will not have much energy to do anything else that day, other than sleep and the thing she came for.

But she will discover that her apartment by the beach in Spain is not her home, nor is the farmstead where she was born in North Dakota. We are her home and we will paper the blank walls of the death house with our smiles and our hugs and our stories. She will forget where she is but know who she is with and know that they love her. A doctor, who will strike us all as friendly and kind, will come and prepare her for what is about to happen, and give a speech with a passion and sincerity that will surprise us all. We will all fall on her like a pack of sleeping dogs, folded together in cuddles that could never transfer enough of the love we wish to give, even if we had spent the whole day in them.

The last thing my mother will do before drinking the poison, is give us all our medicine back to us. She will be a fountain of love, bubbling out of the broken rock of her body. She will hardly be able to speak, but every word she does manage will be a vessel of her love. She will laugh right to the end. I will make a joke to her which will have the unfortunate effect of making her last words to me, spilling out between laughs, “you bastard!” It will not really be unfortunate though, because it will be so dripping with love and laughter that it doesn’t matter what the words were.

She will suck the poison up through a straw with such gusto that the nurse will make a little joke about it. The encroaching light of death will strip her of the airs of adulthood and to me, she will look like a little girl drinking orange juice from a picnic carton. I will see that when they say it is a painless death, what they mean is that it looks like a painless death, because it does. That is all that we who aren’t experiencing it can know. But she will die with a cheeky smile on her face and that will be her last word on the matter.

Yesterday, my mother drank a poison and now she isn’t here. I feel a certain poison inside me when I think about it. Grief, of course, regret for nothing in particular, certain dark feelings that are too personal to name. But I feel medicine too. What might that medicine be? Well, it’s the only medicine that works. To have stared death in the face, such a strange death, for someone I loved so much, and to emerge on the other side, remembering, feeling, almost nothing but love. 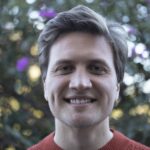