no other story in the world was more authentic

Artist’s Note: History is a series of thefts. Nearly 500 years ago, Hernán Cortés conquered the Aztec Empire, and Spain assumed control of Mexico. My collages take a modern-day look at the Spanish conquest of Mexico and the subsequent theft and destruction of Aztec culture. I recently returned from three weeks in Mexico City, and as a gringa tourist in Mexico walking through excavated Aztec temples adjacent to Spanish churches built from the temple’s stones, I felt somehow complicit in both the thievery and commercialization of indigenous cultures. The images and texts in these collages are taken from archeology and fashion magazines, from Spanish history texts and dime novels. This combination of materials is intended to highlight uneasy tensions between conquest and tourism, public relics and domestic possession, tribal masks and modern fashion, and gringos and indigenous populations. 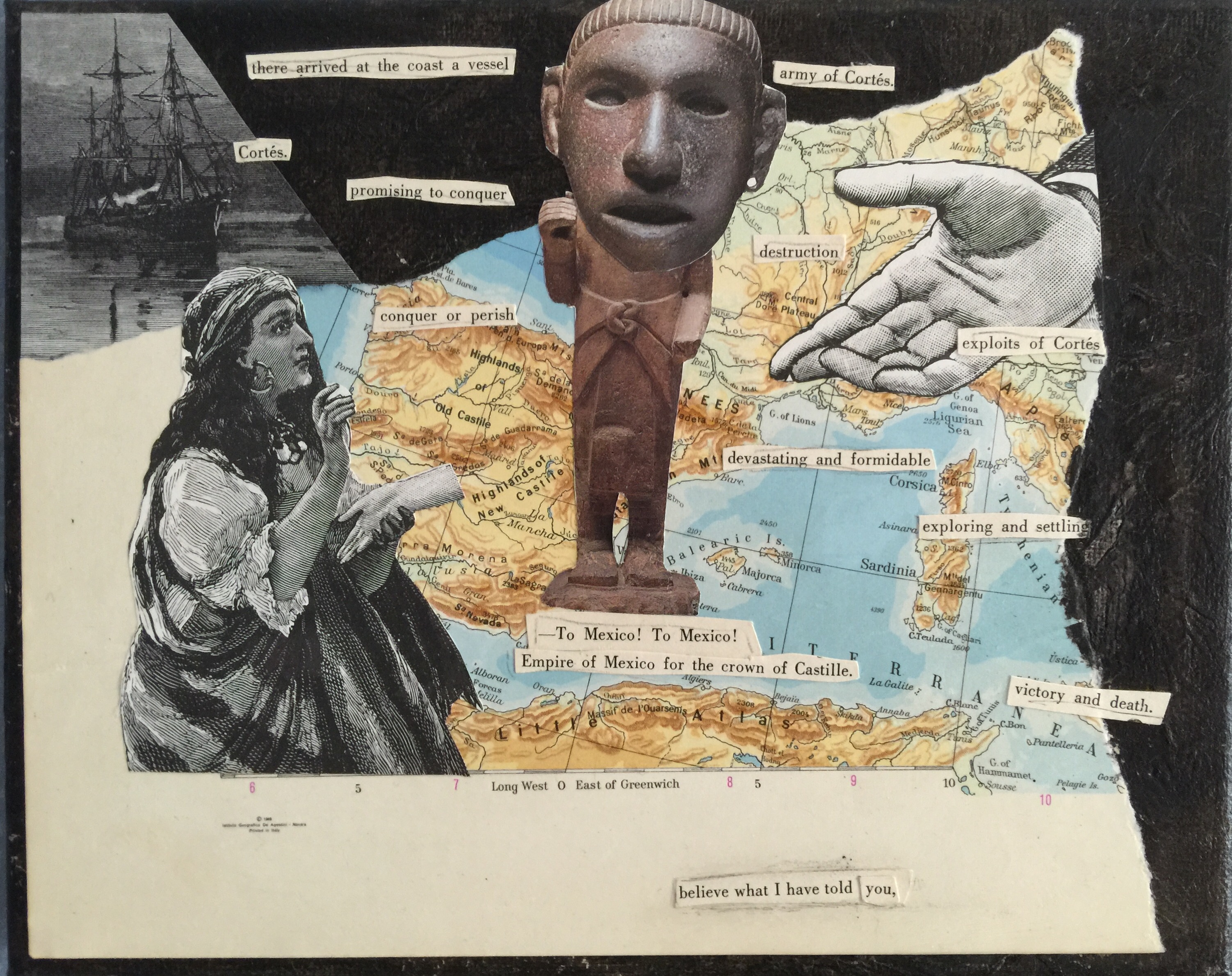 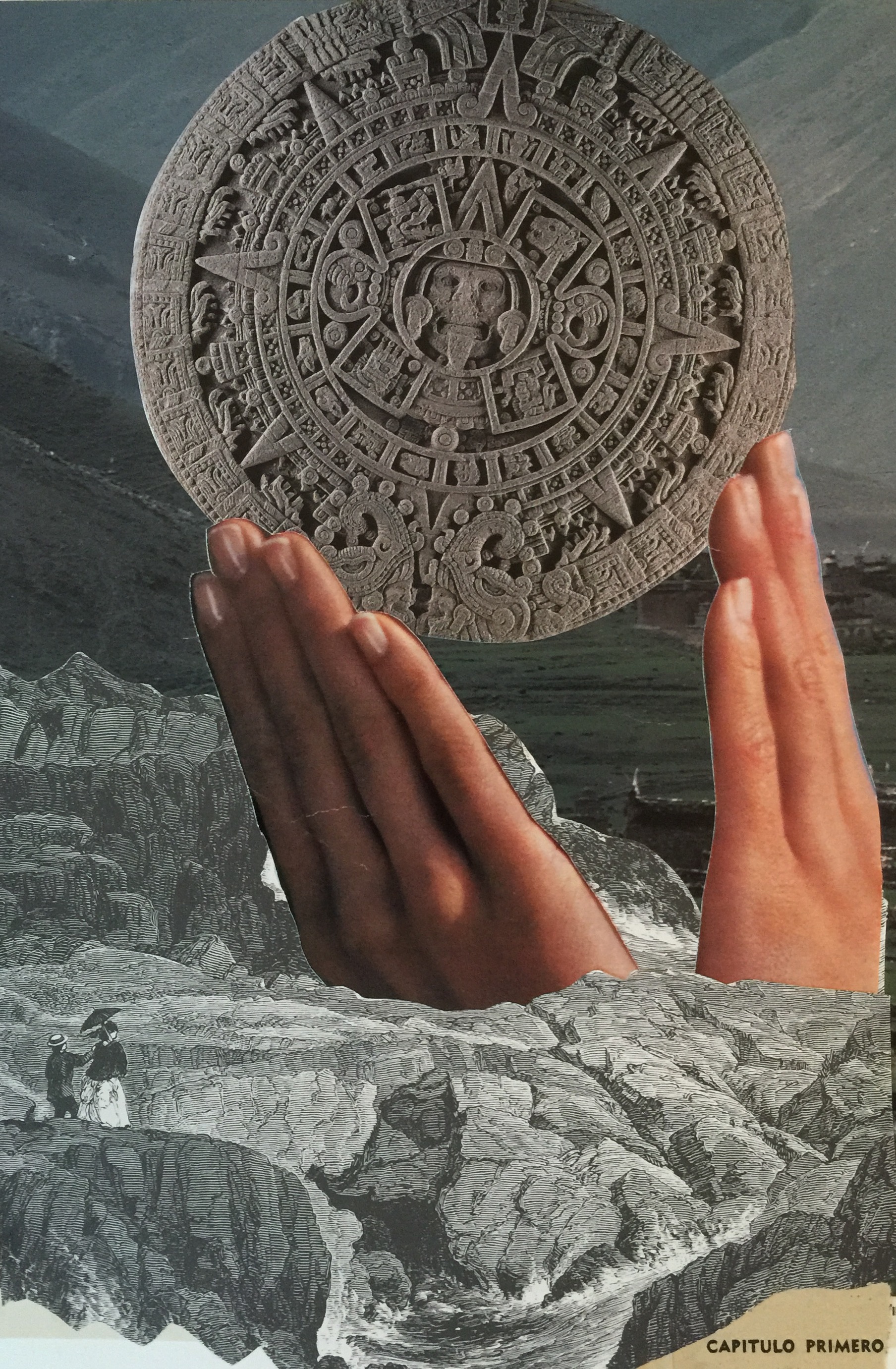 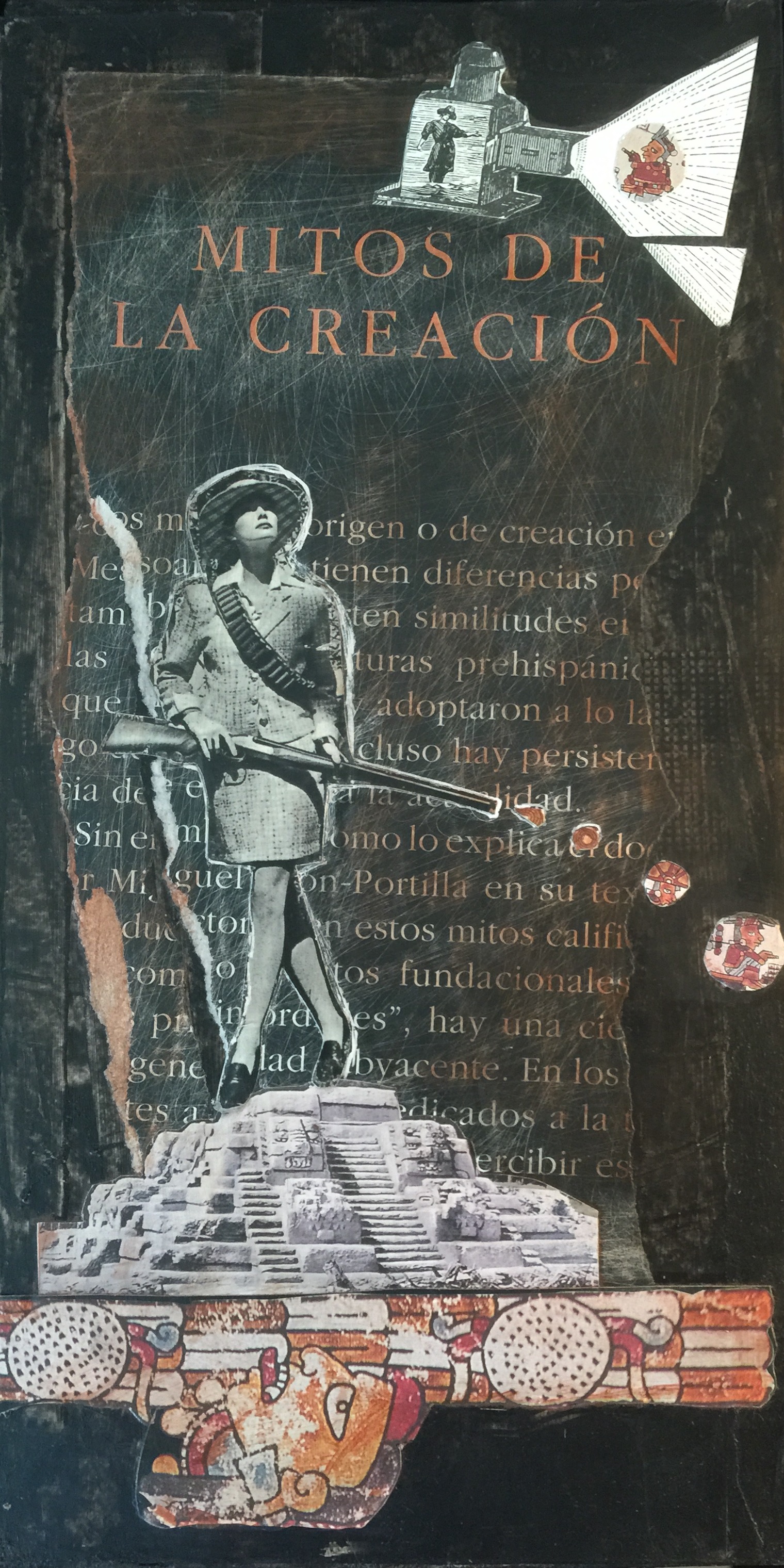 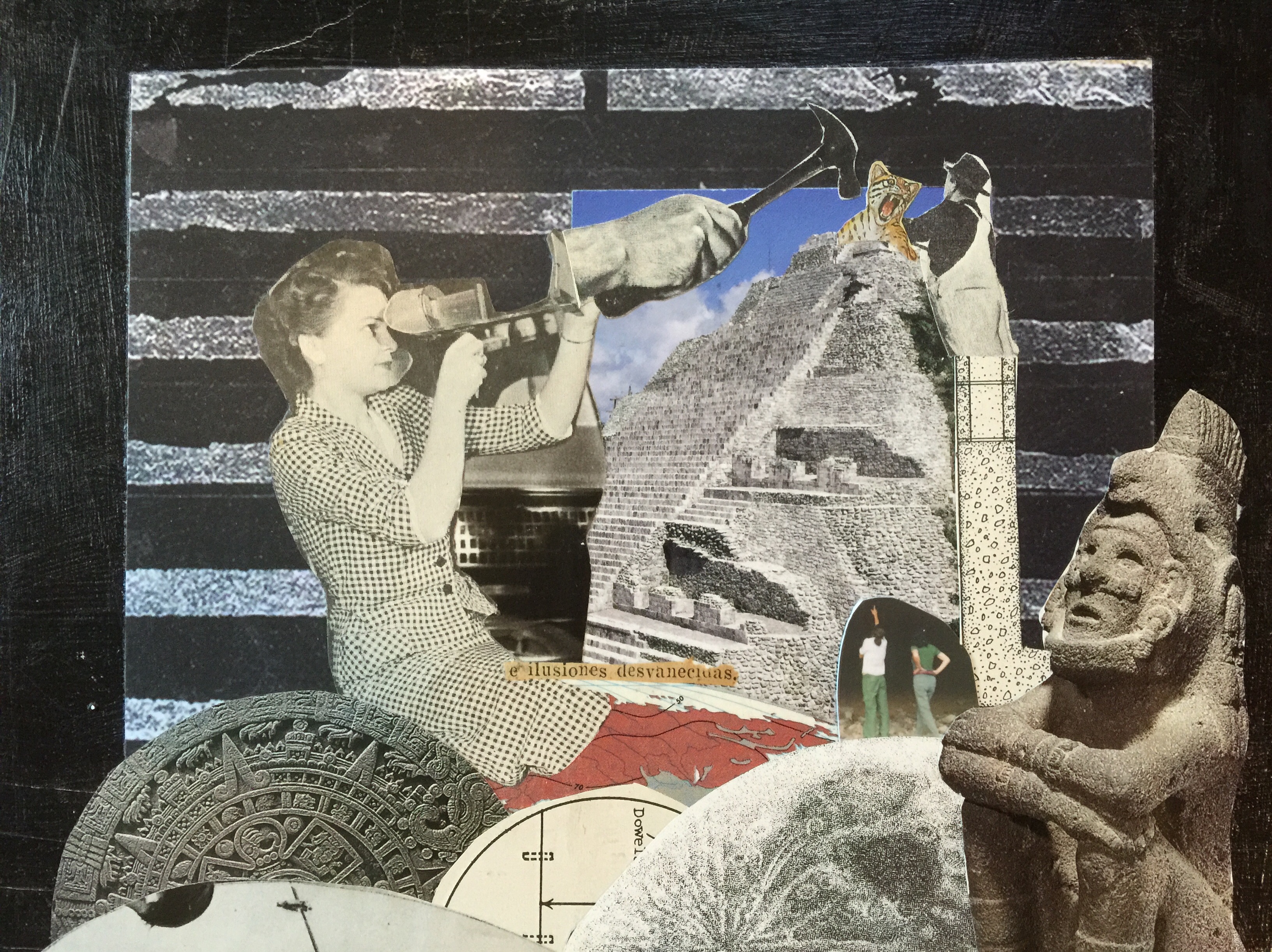 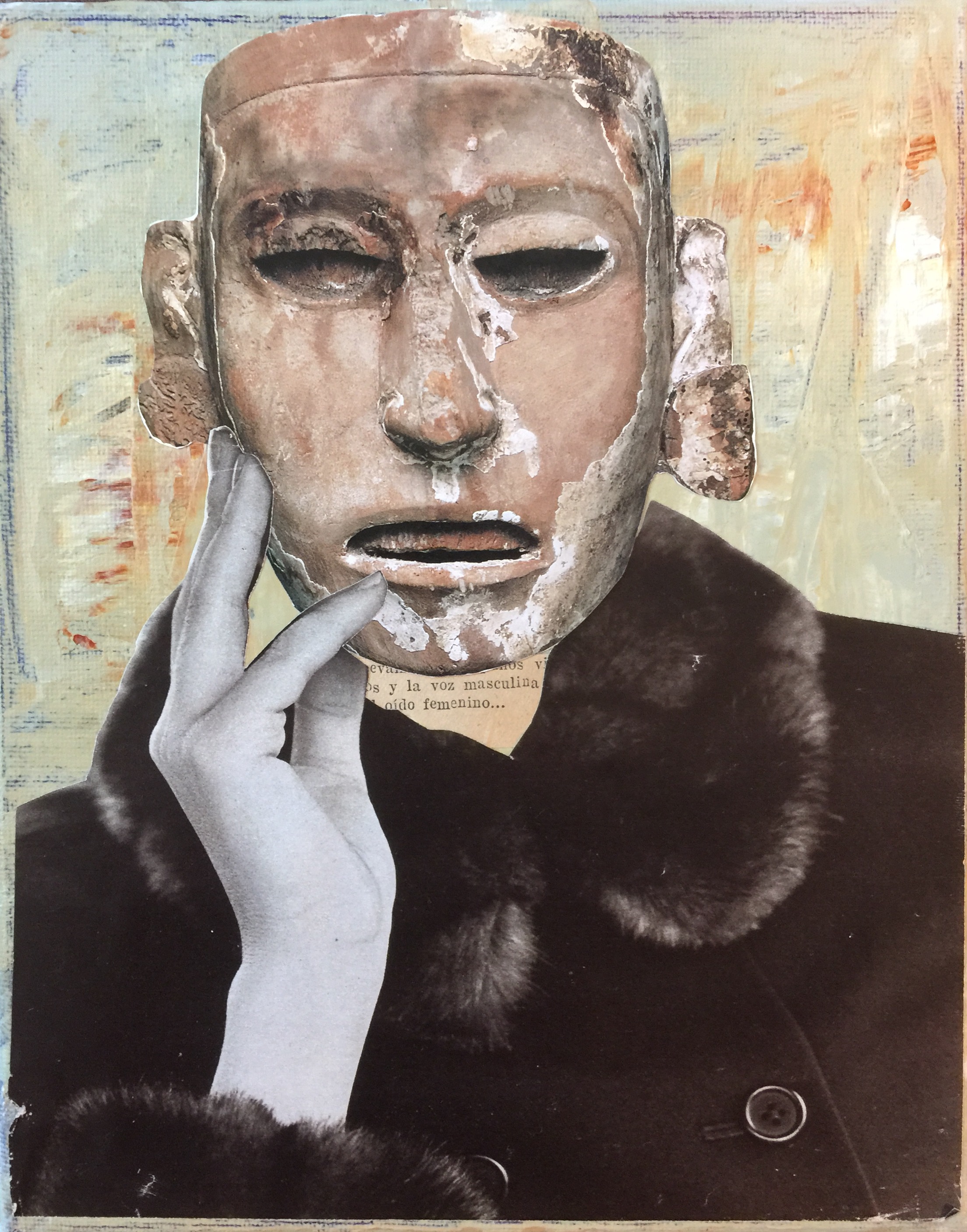 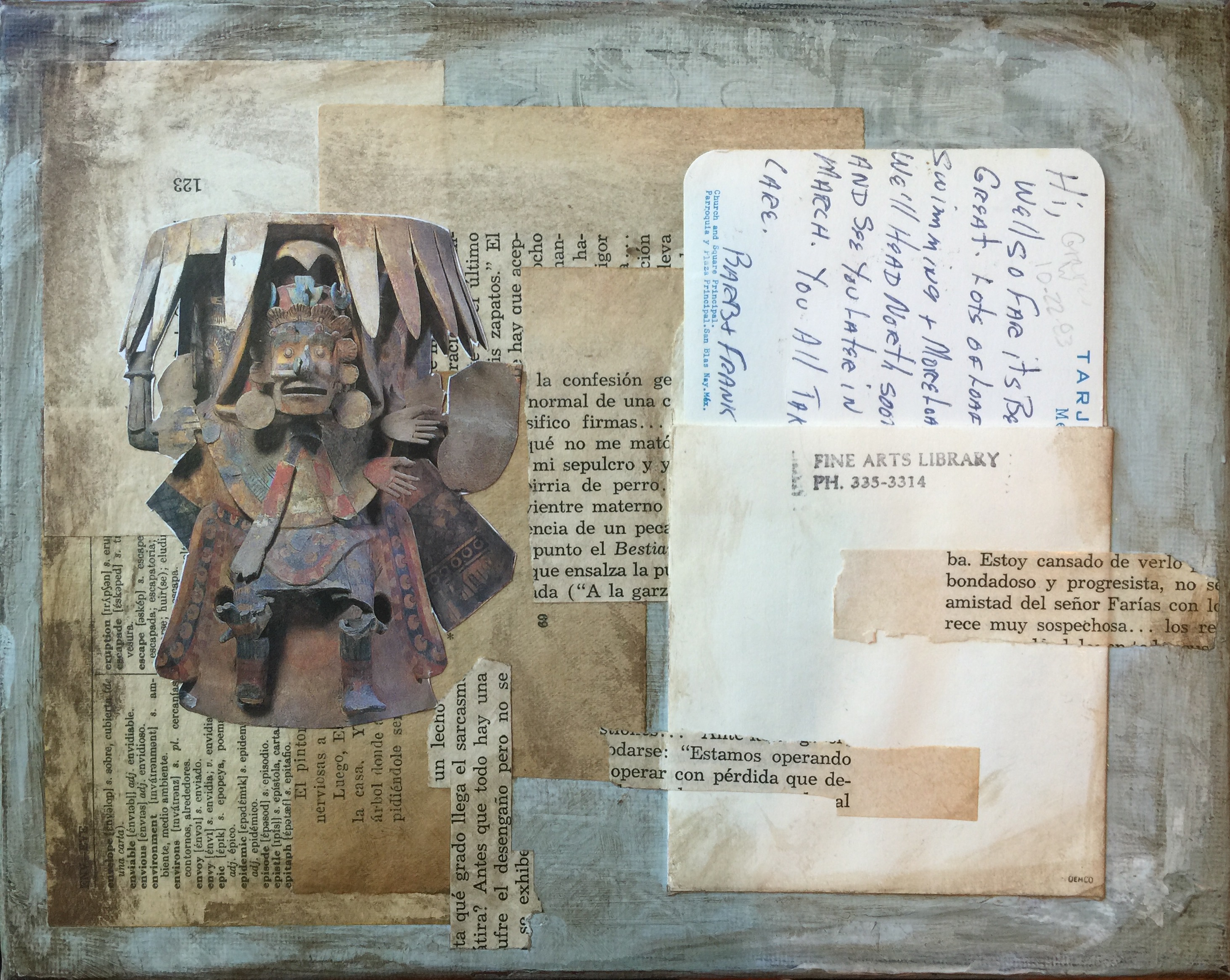 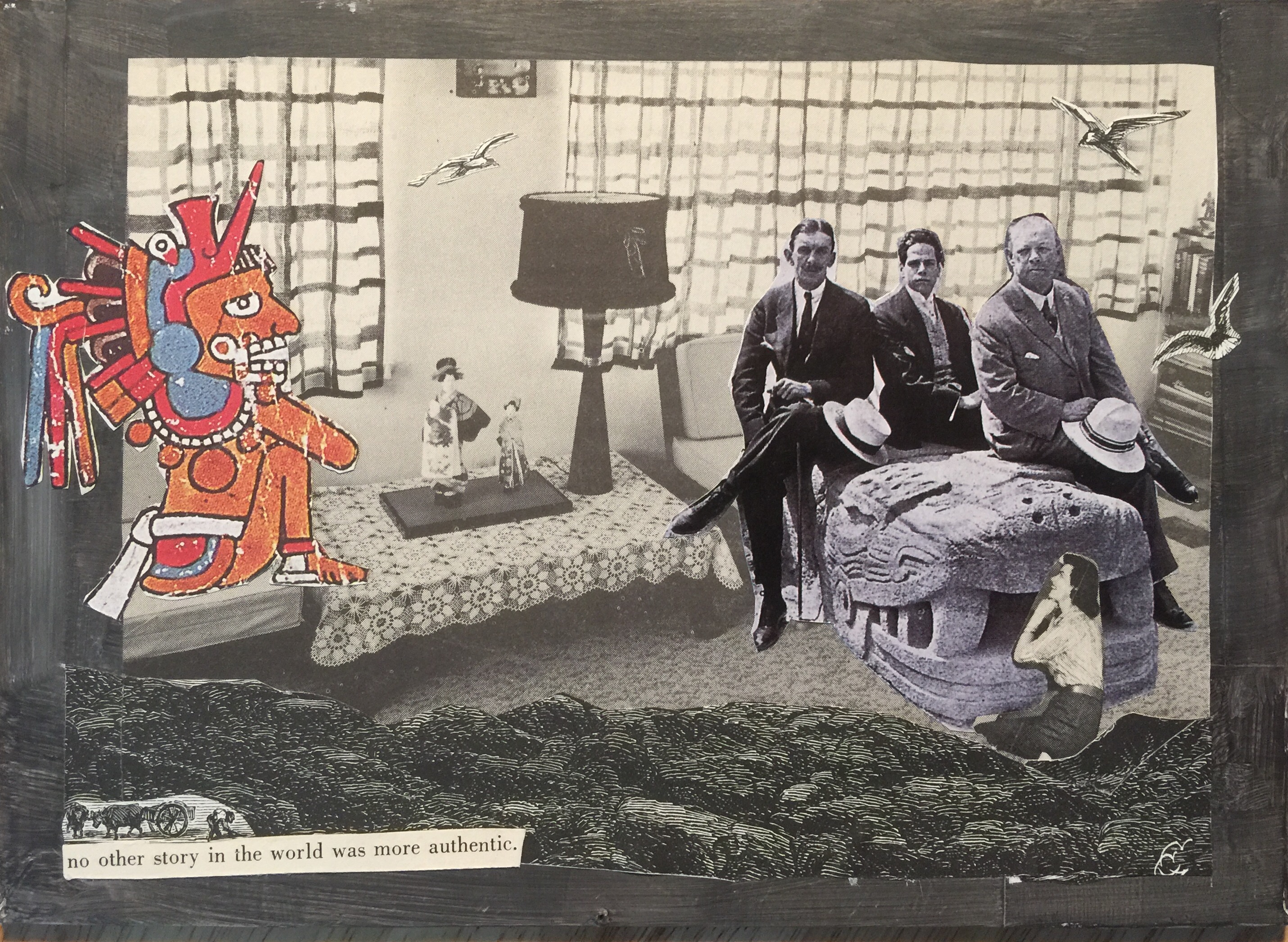 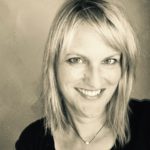 Kelcey Parker Ervick is the author of The Bitter Life of Božena Němcová (Rose Metal Press 2016), a hybrid work of biography, memoir, and visual art. Her previous books include Liliane’s Balcony: A Novella of Fallingwater (Rose Metal Press 2013) and For Sale By Owner (Kore Press 2011). Her stories, essays, and mixed-media narratives have appeared or are forthcoming in Colorado Review, Passages North, Notre Dame Review, and other journals. She is a recipient of grants from the Indiana Arts Commission and the Sustainable Arts Foundation. She teaches at Indiana University South Bend and blogs at http://phdincreativewriting.wordpress.com.