About Our Guest Editors for “Letters” 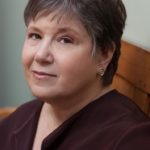 Judith Claire Mitchell is an author and educator living in Madison, Wisconsin. The New York Times called her first novel, The Last Day of the War, “a bravura performance” and the Deseret News named it the best historical novel of 2004. Her second novel, A Reunion of Ghosts, which was published in the United States, the United Kingdom, and Poland (as The Subtle Charm of Suicide), and is forthcoming in Taiwan and Israel, was a finalist for the 2015 National Jewish Book Award; a finalist for the 2015 Harold U. Ribalow Prize for Jewish Fiction; a co-recipient of the 2015 Friends of American Writers Award in Literature; the recipient of the 2015 Edna Ferber Book Prize; and a Waterstones Booksellers’ 2016 Book Club Selection. Judy has additionally received awards and fellowships from the James Michener/Copernicus Society of America, the Wisconsin Institute for Creative Writing, the Wisconsin Arts Board, and the Bread Loaf Writers Conference, among others. A graduate of the Iowa Writers’ Workshop, Judy currently teaches in the University of Wisconsin’s Program of Creative Writing, where she is the Dorothy Draheim Professor of English. Born in Brooklyn, New York, she lives in a small house in the woods along with her husband, the visual artist Don Friedlich, their West Highland white terrier, Josie, and a massive flock of wild turkeys.

Hadara Bar-Nadav is the recipient of a 2017 National Endowment for the Arts Fellowship in Poetry.  Her newest book of poetry, The New Nudity, is forthcoming from Saturnalia Books in 2017.  She is the author of Lullaby (with Exit Sign) (Saturnalia Books, 2013), awarded the Saturnalia Books Poetry Prize; The Frame Called Ruin (New Issues, 2012), Runner Up for the Green Rose Prize; and A Glass of Milk to Kiss Goodnight (Margie/Intuit House, 2007), awarded the Margie Book Prize.  She is also author of two chapbooks, Fountain and Furnace (Tupelo Press, 2015), awarded the Sunken Garden Poetry Prize, and Show Me Yours (Laurel Review/Green Tower Press 2010), awarded the Midwest Poets Series Prize.  In addition, she is co-author with Michelle Boisseau of the best-selling textbook Writing Poems, 8th ed. (Pearson/Longman, 2011).  Her poetry has recently appeared in American Poetry Review, Iowa Review, Ploughshares, Kenyon Review, and elsewhere.  She is an Associate Professor of English at the University of Missouri-Kansas City.