Make It New, He Said

A dried sprig of sage, not far from dust,
tucked into a book not read since

any vestige of significance.  Memory is
all about what’s gone, or gone missing.

Pound wanted poetry to bring the past
into the present, but nothing lost can be

he never got right.  If the past is anything,
a desiccate sprig of sage can illuminate

and not give in to the urge to remake it
in its own image, to say

what that sprig of sage meant
and what it had become, rather than

what it was.  This isn’t
an argument about Zen

or any other contraption for incarcerating
the things of the world in meaning.

Pound may have had it right.  Maybe
meaning is a matter of adding on

something whole.  That sprig of sage
shrouded with the haunt of its scent. 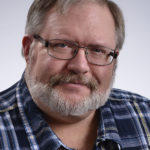