In Conformance with Glory: A Normal Day

Translated from the Italian by Matilda Colarossi

Skin is a strange thing: when the needle, a tiny needle which only punctures the outermost layer, penetrates it and releases the ink, the skin withholds it, acting like a sponge. When Enea slips the needle into the young man’s shoulder, he sees the skin change color a little at a time. It takes patience and precision, and the blood needs to be wiped off immediately. That’s one of the biggest risks: if the blood mixes with the ink, the whole thing is ruined.

The first punctures are the hardest. Enea concentrates on what he’s doing, in silence, hardly breathing. He controls his movements so that he can trace what he sketched on the kid’s shoulder. The only sounds that can be heard are notes. A pick brushes the chords of a guitar, always the same three, and a viola obsessively repeats the same chord, the bass drum sounds out with a thud, rhythmically, and a male voice intones a million-year-old hymn. Enea’s hand punctures the kid’s shoulder in time with the music. The kid feels a dull pain that numbs his arm. He had always imagined pain as something vibrant, a spring that retracts when touched. The pain he feels now generates need. The pain, the one caused by the needle puncturing his skin, has the shiny surface of want as it penetrates the flesh. Like a drug that flows through your system: the foreign substance takes over his body and causes pain; then it wanes a bit at a time, slows, penetrates, fills every single cell and gives him a sort of blissful nothingness that is very similar to joy or longing.

While Enea is tattooing and the music is playing, the kid closes his eyes, envisioning the entrance to the strange tattoo parlour. It’s a warm, luminous spring day. He had waited outside for Enea to arrive, and when they entered the shop, the light had flooded in, illuminating the place so brightly that he could barely decipher the writing on the wall. Only when his pupils adjusted, calibrating light and reflections, could the kid make out letters and words. The walls of The Milk Skin are filled with writing, pale letters, but precise and clearly legible; letters which are not mere decorations, artistic virtuosity and nothing more.

Tattoo shops are usually covered in sketches of tattoos, pictures, and close-ups of particulars, but there are no frames, no posters of rock bands, no ‘50s pictures of American gangsters with their arms covered in tattoos in The Milk Skin. The shop is spotless, almost obsessively so. White everywhere, not just the walls, but also the furniture and the chairs in the waiting room. And even Enea, who’s tattooing his arm now, is pale. A thin, long-limbed, no longer young man with a fair complexion and not the trace of a tattoo.

There is, however, a hint of a scar on his inner arm. Right there, exactly halfway between his wrist and his elbow, the skin is puckered, like a tumor. Tumors are just cells gone crazy, cells that begin to multiply, growing out of control. Maybe Enea had something like that, and the dead cells, instead of falling off, had stuck to his skin, creating that lump.

The pain is awful now. The kid closes his eyes and squeezes his lids tight.

“We are?” asks the young man shocked, and he turns towards Enea, who is now massaging his shoulder with cream. The pain subsides, and his shoulder seems to get some feeling back. Enea dries the blood that’s still seeping through the tiny pores with a bandage. He applies a little pressure, so that the fibers soak up the blood, and then throws it away.

There’s a hint of irritation in Enea’s voice. It’s not the kid’s fault. He just came in to have his sketch tattooed on his shoulder. It was that newspaper article. While he was tattooing, Enea had to keep himself from turning around and picking up the newspaper with its columns of black lead and that blurred picture straight from his past.

Enea turns back to the kid and to his work; he doesn’t know how to do anything else. It’s what they made him do there: He started tattooing in Mauthausen, and he just never stopped.

“I had to make some minor changes,” he says in the end.

“No. There were some numbers, a date, and I don’t do numbers,” concludes Enea.

“But…” the young man is about to say something but he looks at the writing on the walls.

YOU’RE NOT ALLOWED TO HAVE NUMBERS TATTOOED

The same thing is written in other languages.

So the kid doesn’t say anything. He bites his lip. It would be no use complaining anyways. He can tell this by the look on Enea’s face, as if the trace of disappointment in his voice had hurt him. They’d told him the guy was good but strange. He’d been in a concentration camp or prison camp or something, and had gone off the deep end; and there were things he just wouldn’t do.

The kid just glances at his shoulder. The drawing is perfect, but the date is written in letters, and it sort of runs outside the drawing, framing it. It’s not what he wanted: those flowery letters don’t convince him. The day, month and year aren’t discernable: the words all run together.

“Satisfied?” asks Enea as he puts the tools of his trade away.

He really couldn’t care less about the answer, and even turns his back to the kid as he peels his surgeon’s gloves off. He picks up the newspaper, flips through the pages and stops. He reads a passage from the article, the name of the author, Igor Man, and then that sentence: “…all of a sudden the onlookers moved closer, and so did I, and I smelled perfume. I am not a religious man, but I remember the tales my grandmother used to tell me about how the corpses of saints gave off a pleasant scent. And, I think, it had to be a saint, because there is no doubt he was a martyr…” After reading the lines, Enea closes the paper, throws it on the table with force and turns back to his client, who is putting his shirt back on.

“I decided I’d get myself a tattoo for my twenty-sixth birthday.”

Enea smiles, and his eyes soften again. The boy wasn’t even born then, he didn’t even exist. Europe nurtured him with the black milk of his dead companions in the camps; he was fructified by the bodies turned to nothing in the ovens. But the kid ignores all this: he’s happy, healthy.

“It comes to one hundred twenty thousand lire,” says Enea, and the kid looks at him dubiously. “Something wrong?” asks the tattooist, “… is there some kind of problem?”

“How about a hundred, including tax?”

“A small discount, because it’s your birthday,” smiles Enea.

The kid pulls out the money. Enea takes it and puts it directly inside his safe. It’s money for his job, payment for his skill, the skill he’d acquired in the work camps. It’s the money of the prison camps.

Enea can’t stand to hold it in his hands, as if it were burning hot. The kid takes up his things and leaves, oblivious and branded.

YOU’RE NOT ALLOWED ANY NUMBER TATTOOED 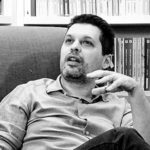 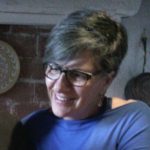 Matilda Colarossi is a freelance translator and teacher. Born in Italy, raised in Canada, and adopted, as an adult, by the city of Florence, she loves to read, translate, write, and teach. Her translations have been published by: Asymptote (“Sul tradurre” by Susanna Basso; “Poachers” by Alessandro Cinquegrani); LunchTicket.org (“The Last Cigarette” and “Six Minutes,” by Paolo Zardi); Poetry International Rotterdam (poems by Roberto Amato); and Sakura Review (three poems by Erri De Luca). For the past two years she has been translating Italian literature—fiction, non-fiction, and poetry—on her blog, parallel texts: words reflected.