Translated from the Hebrew by Lisa Katz

Stunning, stunning
– What is?
This loveliness.
– Of what?
The ‘Vespro della Beate Vergine’,
Monteverdi’s evening prayer.
Beauty that banishes thought.
– Always?
Again and again.
– For you.
If not open – people don’t understand.
– How?
When I heard it the first time
my heart bowed down
bowed down and lifted off, to the skies. To the heavens.
– Stop exaggerating!
I’m not exaggerating
– And now with your raspy ears?
Yes. But
– But what?
Nothing.
– Nothing what?
One day I’ll hear no more.
– You’ll be deaf?
I won’t hear.
– And you’ll be no more, you? 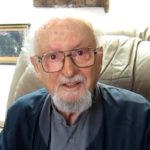 Tuvia Ruebner (30 January 1924 – 29 July 2019) was an Israeli poet, editor, translator and photographer. In 1941, he emigrated from Czechoslovakia to Mandate Palestine without his family, and joined a kibbutz. His parents, sisters and grandparents were sent to Poland and were murdered in the Holocaust. Following the Israel War of Independence, he became a member of Kibbutz Merhavia. For many years he was a schoolteacher and later lectured on literature at Haifa University. His poetry blends classical and modern Hebrew, creating a unique idiom. In 2008, Ruebner was awarded the Israel Prize, for Hebrew poetry. 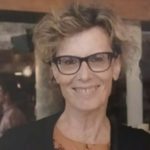