My Dog Told Me a Secret

At least six times I’ve had this exact dream: I’m an egg-shaped balloon swimming in the clouds with little short fat limbs that don’t move; typhoon comes four or five times and four out of five times somebody is cooking something with Shaoxing rice wine; there are maybe two to three songs I know all the words to, one is in Japanese and doesn’t count; in Grade 1 I gave half a pair of my shoes to somebody in the class who lost the other half pair of their shoes; in Grade 3 I thought you had to read a thousand thousand-year-old books to be like Indiana Jones; I don’t actually believe in colons or semi-colons; after supper there are roughly ninety million popcorns in the ceiling; I have one request in most cases; a fly circling the lamp beside my bed is found dead on the carpet in the afternoon. 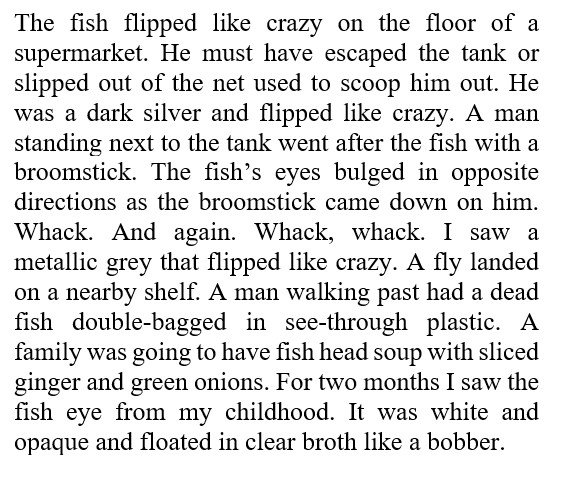 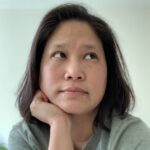 Tiffany Hsieh was born in Taiwan and moved to Canada at the age of fourteen. Her fiction and poetry have appeared or are forthcoming in Juked, The Malahat Review, Passages North, Poet Lore, Room, Salamander, The Shanghai Literary Review, Sonora Review, and others. Her work has been nominated for Best Microfiction and Best Small Fictions. She lives in southern Ontario.