Translated from the Hebrew by Aviya Kushner

On Fridays, before the Sabbath siren sounds
at the monument to Baron de Rothschild
on the way to the Petach Tikva market
a disappearing hand scatters
a flock of Chinese sparrows on the lawn
chirping with their short beaks,
gray-feathered, injured-winged

sparrows sparrows open beaks,
narrowed eyes,
from the lands of less you came, and to where?

sparrows sparrows, open beaks,
slanted eyes,
from the lands of less you came, and to where?

*The Hebrew words here for collected, forgotten, and corner are from the Bible’s passages about charity for the poor. Biblical law requires leaving an unharvested corner for the poor, and leaving forgotten sheaves of wheat for the less fortunate. 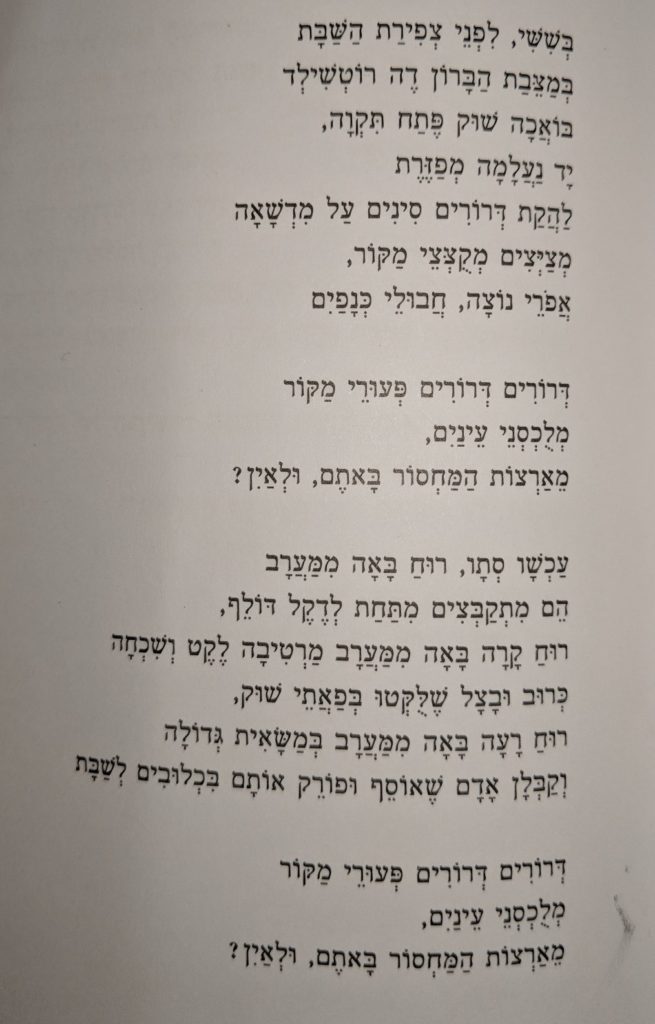 On the day government-subsidized bread
was canceled
no bird screamed
no chicken clucked
no bull bellowed
no seraphim said holy holy
the sea did not swarm
the creatures of earth did not speak
the voice of God did not come out
to say I am the Lord your God. 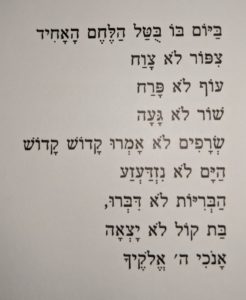 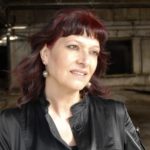 Yudit Shahar grew up on the border of Sh’chunat HaTikvah, or “the neighborhood of hope,” in Tel Aviv. She is the author of the poetry collections It’s Me Speaking (2009) and Every Street Has Its Own Madwoman (2013), and recently won the prestigious Prime Minister’s Prize in Hebrew Literature. Her first collection, It’s Me Speaking, won five separate literary prizes in Israel. 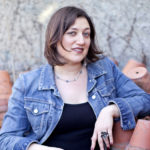 Aviya Kushner grew up in a Hebrew-speaking home in New York. She is the author of The Grammar of God (Spiegel & Grau), a National Jewish Book Award finalist and a Sami Rohr Prize finalist, and Eve and All the Wrong Men, a poetry chapbook forthcoming from Dancing Girl Press. She is The Forward’s language columnist and an associate professor at Columbia College Chicago.