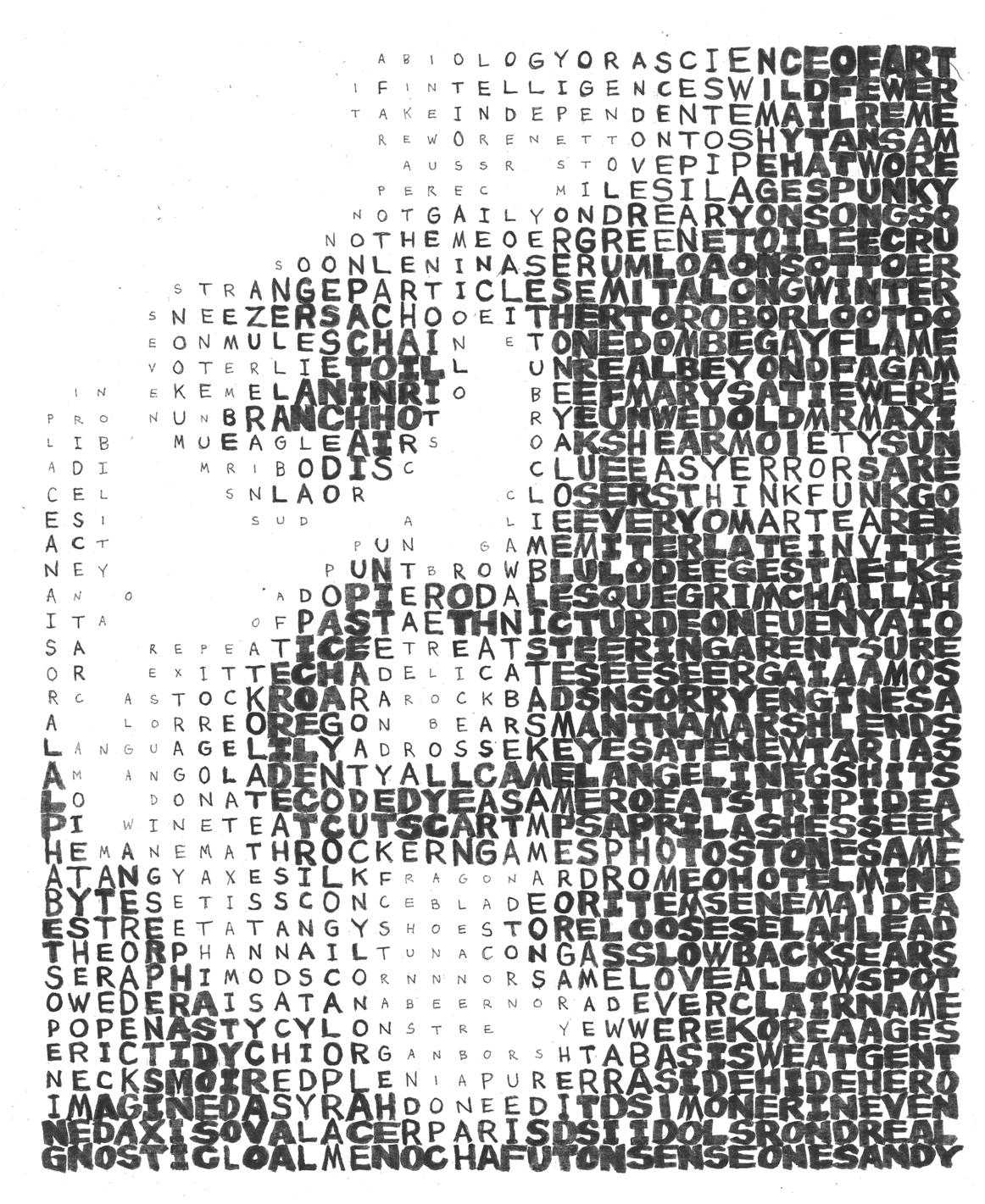 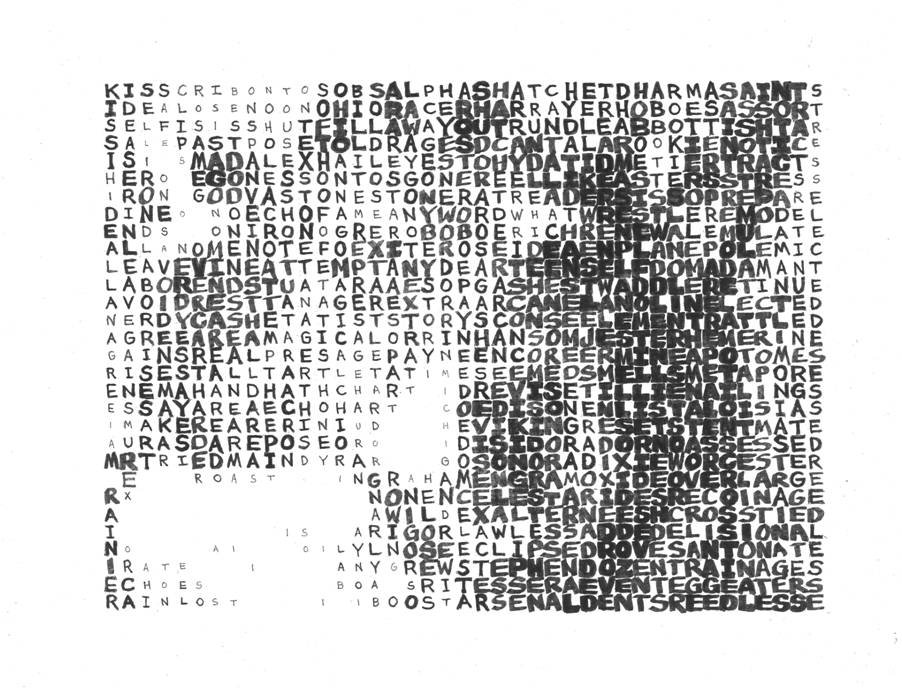 Author’s Note: These visual poems are constrained by images. I have been writing in crossword form—across and down simultaneously—for over twenty years, and I write these poems by hand. A computer is used only to increase the contrast, resize and crop the photos I use. I mention this primarily because people often assume this is “done with a computer” as a way of dismissing it out of hand. (Although I, personally, would be very impressed to see anyone do this with a computer.) I have been working with the crossword poem for decades because it seems to me to be a form that inherently weds the visual and verbal aspects of written language. I have lectured on the form at the New York Public Library and The Old American Can Factory in Brooklyn, have shown work at Spirols Gallery in Saugerties NY, and my crossword poems have been published in Fence, Lost and Found Times, and Infinity’s Kitchen. 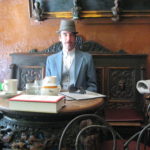 Gary Heidt works with words as images or as sounds. He began writing crossword poems in the late 20th century and started using visual constraints around 2006.  He recently co-composed and directed an opera on the text of Gertrude Stein’s OBJECTS (NYC, 2014) which can be seen at youtube.com/garyheidt.