The wizened sorcerer quickly jinxed the gnomes before vamping. He catechized them on the varied effects of quixotically reckoning the proper breadth and width of their journeys to the outer zones. The gnomes in turn attempted to maze him with their vexed replies, but that only provoked the wizard’s frequently jarring rage.

“Fizzle here I will,” the wizard said, kind of flummoxed, “into the gutter year of the quintessential ejaculation by which the universe was propped against time.”

Rashly, the unproven gnomes jumped to him with a brief text full of squiggles, lines drawn with an unknowingly colorful zest. A jumbled and agonizing quotient, by which no extraneous measure could be alike revealed, did, in spite of this, show itself.

“Flakers all,” the jubilant wizard decried, “any exact measure of your brazenness gives me pique.” He paused to further examine the size of their questionable calculations written by a tiny, lax hand that no kingly being would try to pass off, even as jive. “Knaves of such jocular puzzlement will fail by looking for the Zen in bequeathing to extend me such foolishness.”

“Do not harden your heart, fair wizard,” one of the gnomes begged queasily, “our kind conjoins varied xenylic…”

“Prize for me the equation you seek,” began the sorcerer, “such vicious jokes only withhold your life’s extension.”

“By no tricks or hexed equations do we five feel we can fool you, dear wizard,” the lead gnome conjectured.

“Your modesty coaxes an inquisitional zeal as a glass temps a jeroboam, as a bevy of foxes would prick a hound.”

The quizzical gnomes asked for the chance to properly relax with the bravest of jests. Convulsed in laughter, the wizard, though perplexed, could not flake on or quibble with this majority. Huddled in proximity to this vizier of magic, the gnomes worked out a job by which to quell him. The first, a loquacious bore, stood like the proper example of gnome with a jaw like a dazed dove cooed like a pixy.

“A feint to jam me up, unquestioned by even the zenith of extraterrestrial kingpins cannot work,” said the sorcerer.

“Quite exacting,” jeered the cooing gnome’s friend, who stepped forward as if to defend his nervous compatriot, “a wizard so lively and keen brings us no such hope.”

“Supposing we analyze the sequential axes upon which all life bends like a perijove,” remarked the cooer.

“Suppose we do,” countered the wizard, “fake a jump from one to the next and you’d still be a squizzing small set of eyes no matter how varied Saturn’s rings or Jupiter’s moons.”

“Only one way to circumvent such conjecture, kind wizard: realize yourself in these worlds and see how long it takes betwixt pique and peaks.”

“Verily, I am unencumbered by such zealotry,” quipped the sorcerer, “tripping upon the axes will not only put paid to your jovial fakery but make me a proven mensch.”

“No such proselytizing would convince you of the purity of our mix or the equivalence of our tricks, oh conjurer, not by our tiny hands.” The lead gnome began his attempt to speak in a hesitant voice, then winking at the wizard, added: “Surely upon the matrix of time a great thinker like you lays ideas upon the land as the month of June lays quivering paths of sun.”

Then just before the full quality of the gnome’s hoax was unveiled, the wizard vaporized himself, gone like candied raindrops upon a lake. Even the unkindest gnome shed tears for the trick played on the tranquilized sorcerer, whose vaporous form still bids many a jolly goodnight before the sun has relaxed for the day.

Author’s Note: This is a pangram in which each of the story’s 26 sentences use all 26 letters of the alphabet. 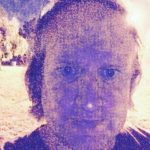 ason Graff is a writer and educator living in Little Falls, NJ with his wife Laura, their son Warren and cat Kashmir. His prose and poetry have appeared in numerous publications. His novella In the Service of the Boyar will be released by Dark Alley Press in 2016.