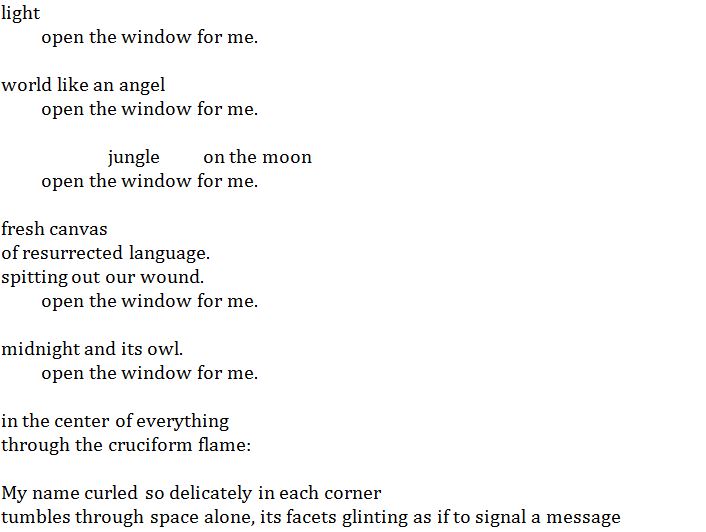 Author’s Note: The cento (or collage poem) is a poetic form made from unedited lines that have been appropriated from poems by other poets.

The lines used in my poem “Cento – farewell, my kin, my mother’s children” were taken from the following poems: “Excessive” by Dean Faulwell, “Almost Always” by Dean Faulwell, “Anacoluthic Light” by Nathaniel Mackey, “2 Bed” by Andrew Joron, “discrete series: scunthorpe” by G.C. Waldrep, “The Transfiguration” by David Mutschlecner, “Song by Someone Who Needs You” by Oscar De Pablo, “The Boots of the Sun” by Yaxchin Melchy, “Dialogue IV” by John High, “watercolour” by Marilyn Irwin, “I could eat a ton: IT’S-IT, hog, theft” by Susan Calvillo and “Arles Mars” by Vincent Katz. 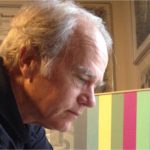 George McKim has an MFA in Painting. His poetry has appeared or is forthcoming in Diagram, elimae, The Found Poetry Review, Dear Sirs, Shampoo, Ditch, Glittermob, Cricket Online Review, Otoliths, Blaze Vox, The Tupelo Press 30/30 Project and others. His chapbook of Found Poetry and Visual Poetry “Found & Lost” was published by Silver Birch Press in 2015. A poem from the chapbook was nominated for the Pushcart Prize by Silver Birch Press in 2015.