"Vest of Prayers" by Andi Arnovitz

This is a piece I created in the midst of the second Intifada. It is a response to the violence I saw unfolding all around me. I repurposed discarded and damaged prayerbooks. I rolled, wrapped and tied these neglected pages, actions which I find repeated over and over again within Jewish ritual. These physical manipulations formed a sort of silent meditation— an artistic prayer. There are several thousand scrolls in the piece and the numbers allude to the importance Jews place on prayer as a community. The vest ultimately speaks to the power of these words, and acts as a poetic response to its violent counterpoint—the suicide vest. 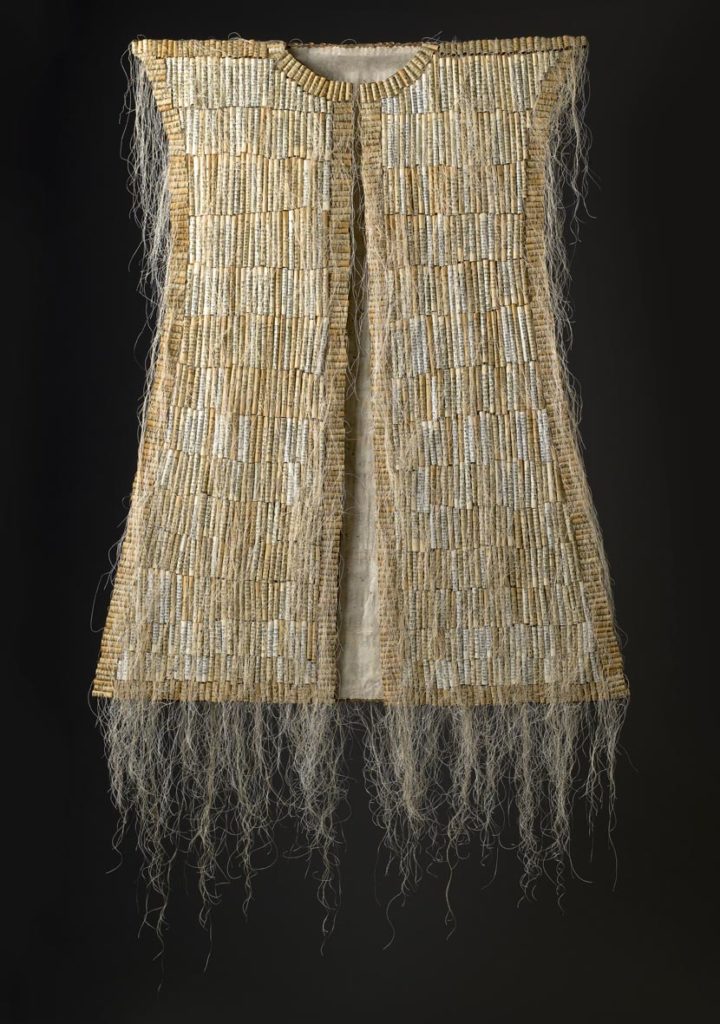 Andi Arnovitz lives and works in Jerusalem, Israel. She creates installations, artists’ books, prints and large scale paper pieces from a wide range of media. These pieces reflect various tensions that exist within religion, gender and politics. Andi has participated in many international printmaking competitions. She has exhibited her work in England, The United States, Israel, Spain, Poland, Finland, France, Lithuania, Canada, and Bulgaria. Her work is included in the collections of the United States Library of Congress, Yale University, the Yeshiva Museum in NYC, the Museum of Art in Ein Harod Israel, the Israeli Foreign Ministry and the Israel National Library.

Return to Table of Contents