North One 11A: Portrait Of A Prison Cell 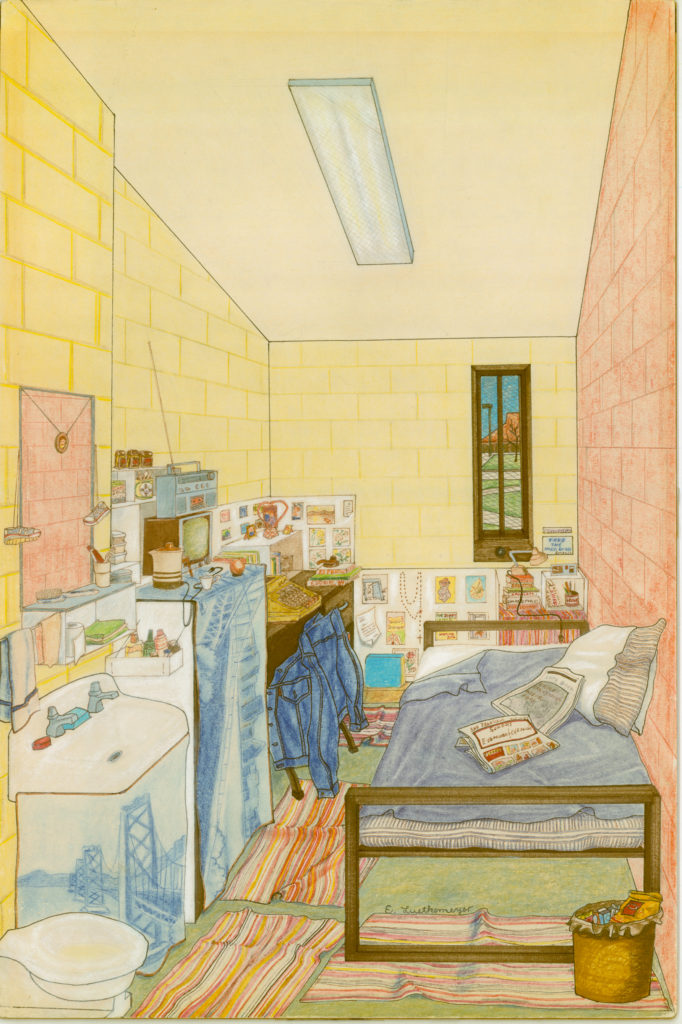 Mother Goose gave Dean Davis colored pens and pencils and a twelve by sixteen inch drawing pad. Booker T gave Davis a week off from his duties in the welding shop. Davis sat ten hours a day for seven straight days on the cold concrete floor of the corridor outside his cell and rendered in meticulous detail the cell and its contents, down to the leafless branches of the trees visible through the narrow vertical slit of window in the back wall through which Davis had watched and felt and smelt the seasons change more than a dozen times; down to the titles on the spines of his many dog-eared books that had been his faithful companions for more than a thousand nights; down to the letters and the images on the front page of the San Francisco Chronicle dated November 12th, 1987; down to the knots in the laces of Lola’s first pair of tennis shoes, sent to Davis after her first birthday; down to the wave in the hair of Lucy in the photograph in the heart-shaped frame crafted of cigarette package paper by Cornelius Corn Dog Watson, the self-proclaimed real live nigger who years ago had vowed to return and make the joint jump; down to the stitching in the blue denim jacket hooked up real tough by Marvelous Marvin Mayo, tailor extraordinaire and previous occupant of the cell who had himself moved on to the honor dorm.

Because the marks made by the pens and the pencils were not erasable, Davis could make no mistakes. He would meditate long and hard on a feature of his cell and when it was fixed in his mind he would put his hand to paper and capture it quickly and surely. Fellow inmates stepped over and around him, sometimes stopping to marvel at his work.

On the morning of the eighth day Davis transferred his belongings into a white canvas cart. He rolled up his portrait of North One 11A, secured it with a rubber band and laid it gently on top. He stood a long while regarding the now empty cell, then turned and pushed his cart up the corridor, down which came a new inmate pushing a cart of his own. It’s a good house, Davis said in passing. A very good house. 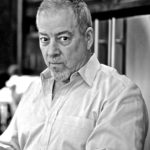 Gene Luetkemeyer was born in Chicago in 1948. He spent four years in an Illinois State Prison for possession of marijuana in the eighties. North One 11A: Portrait Of A Prison Cell is excerpted from his forthcoming novel, Penitentiary Tales: A Love Story. He received his MFA in Creative Writing from Lesley University in 2015. He lives and writes in the San Francisco Bay Area.