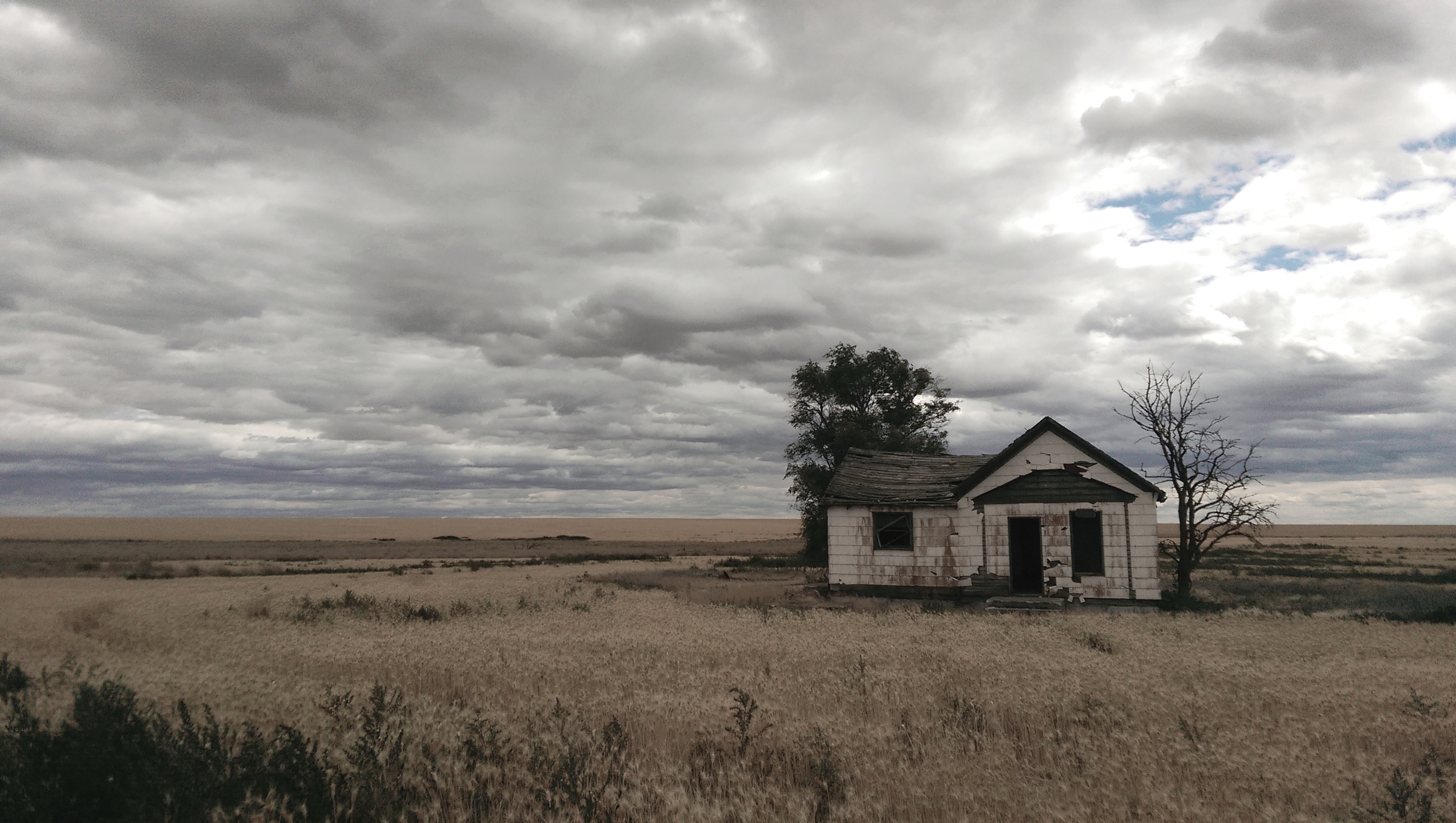 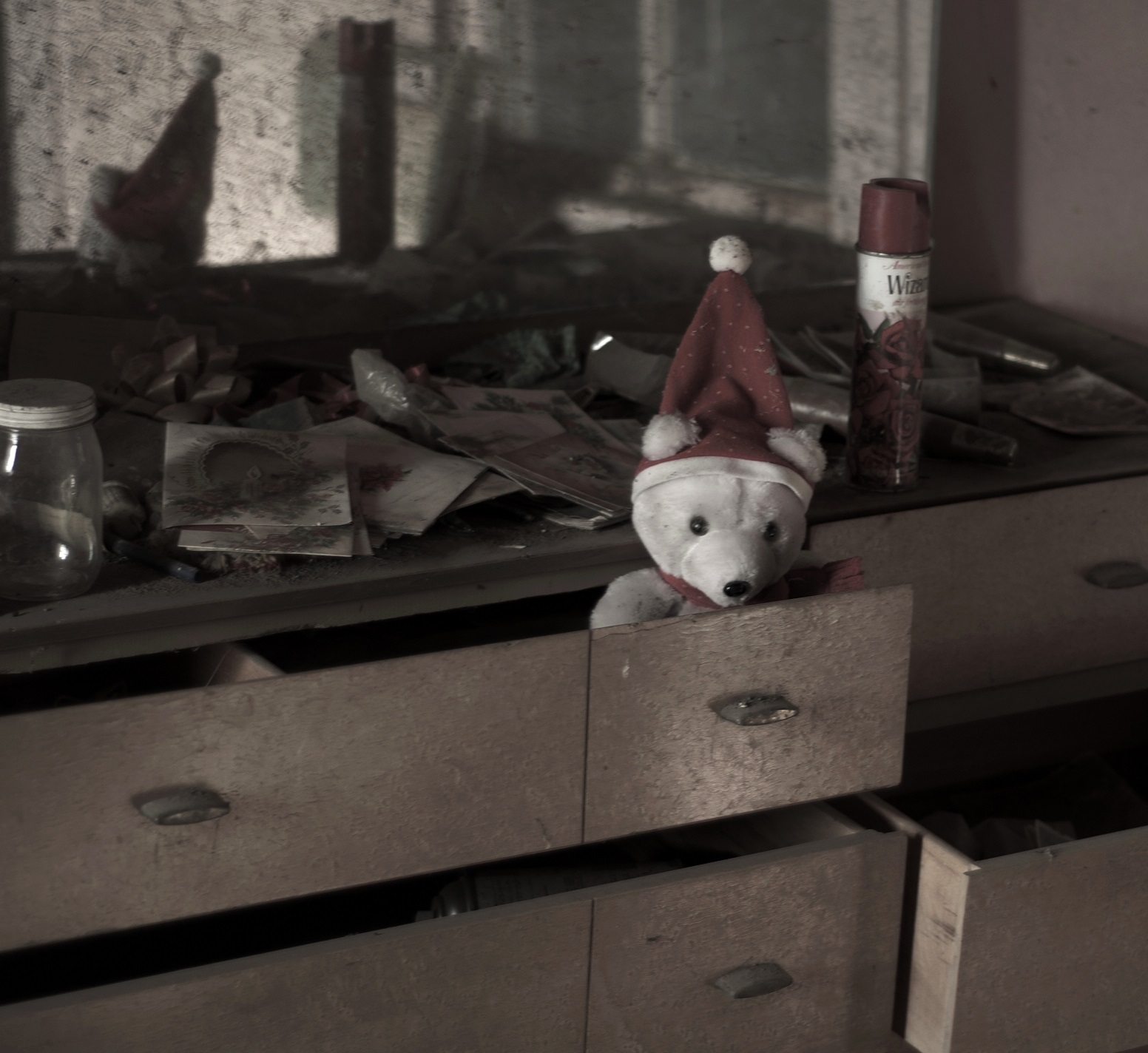 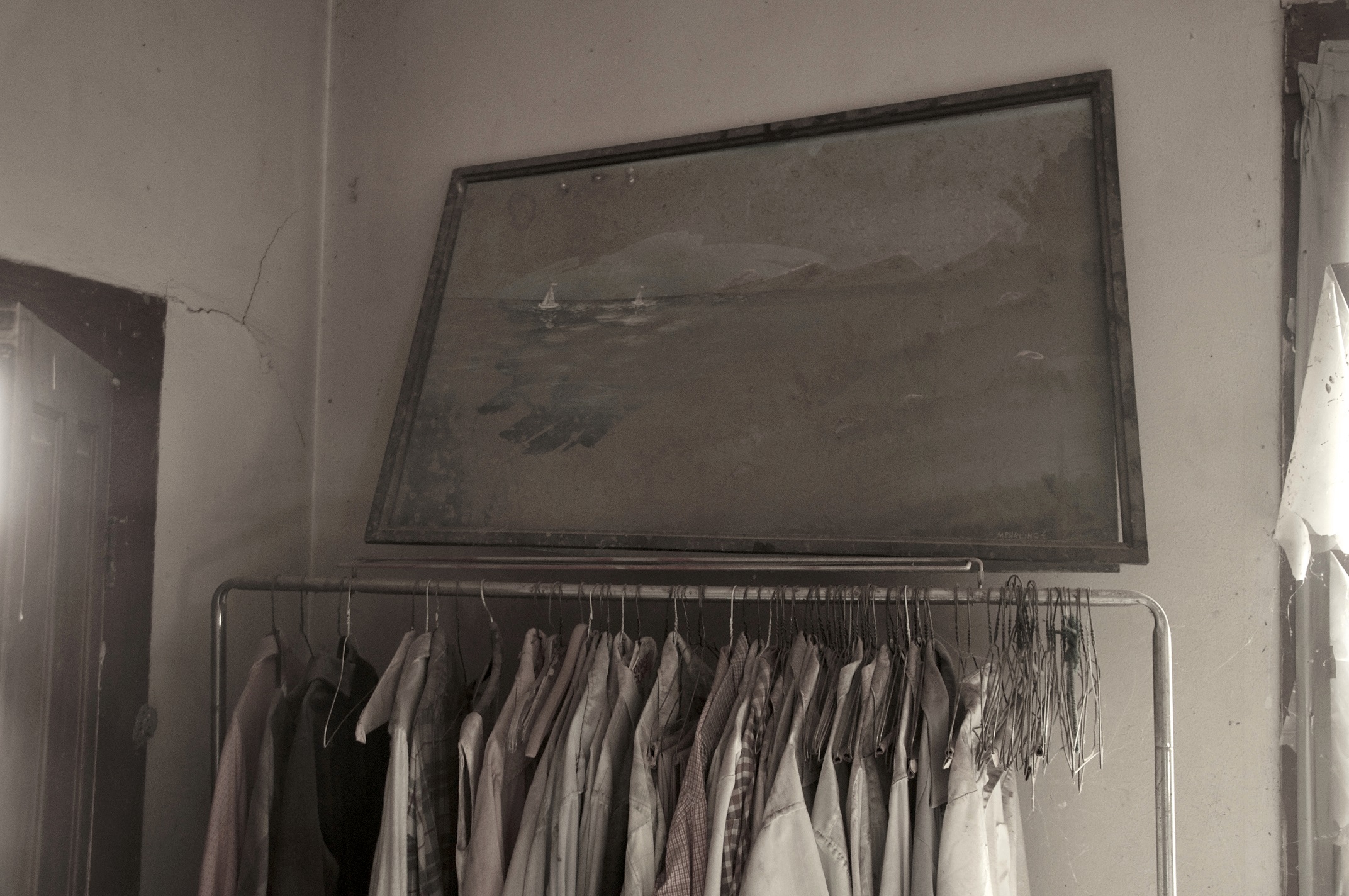 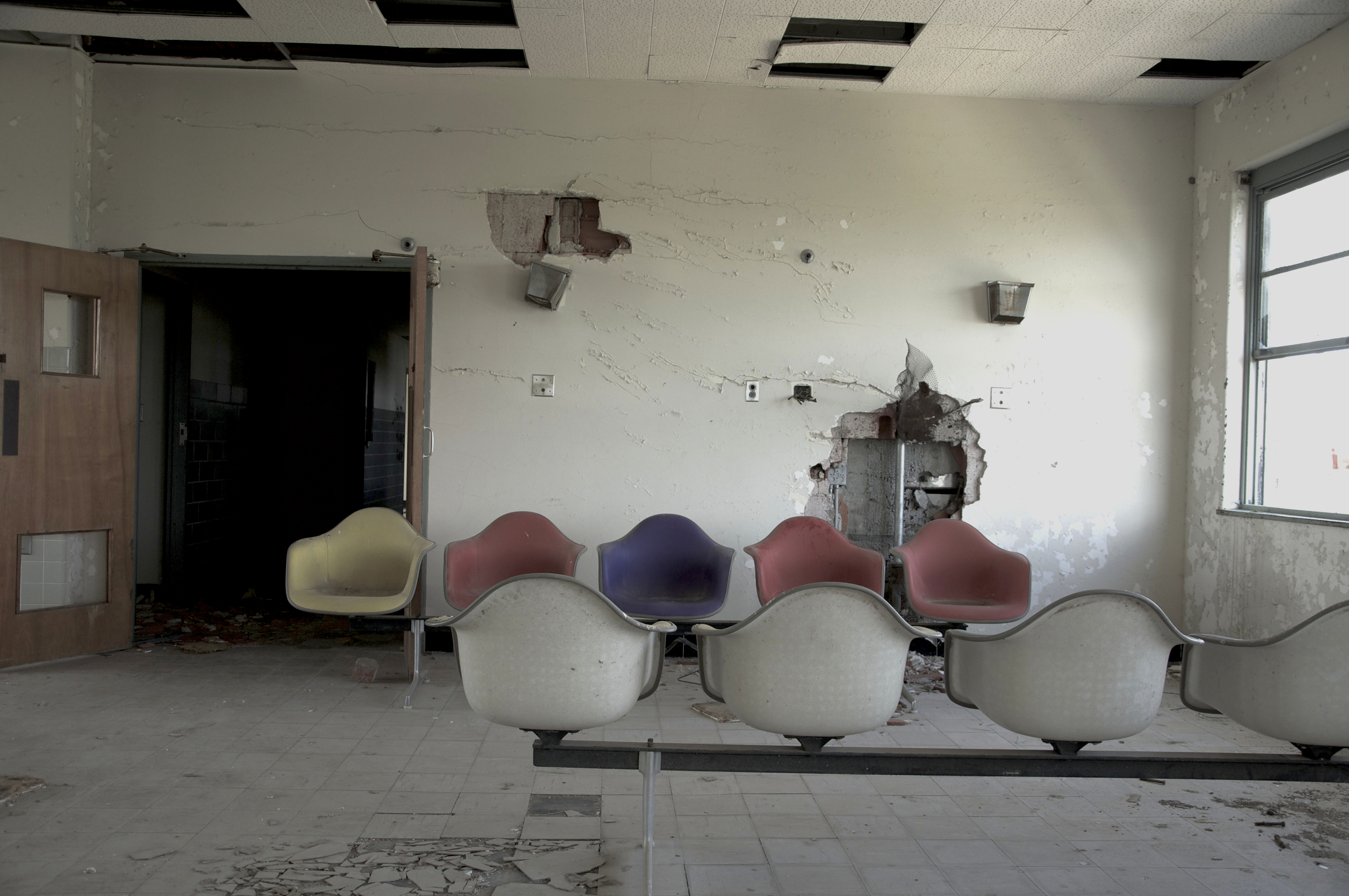 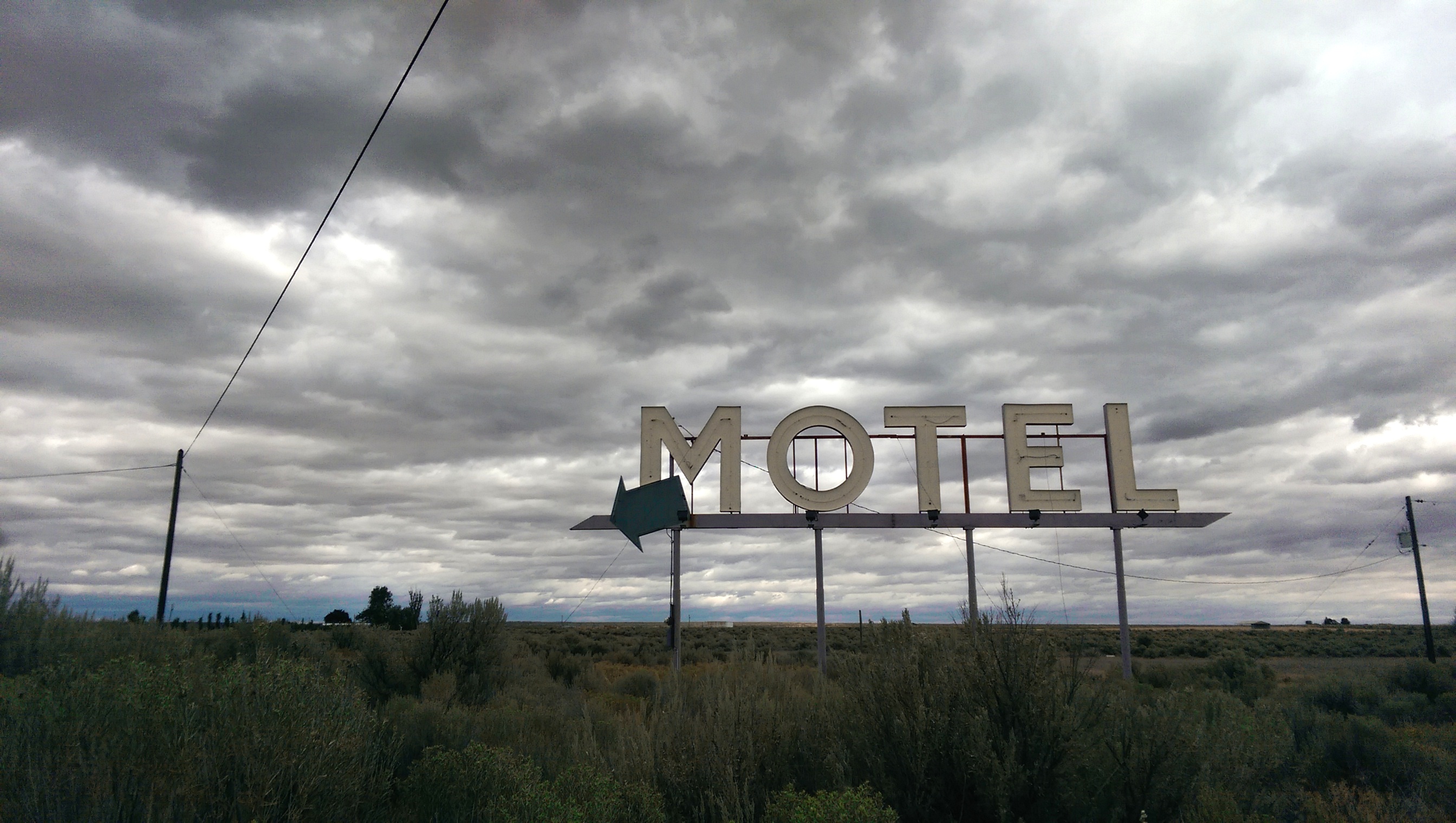 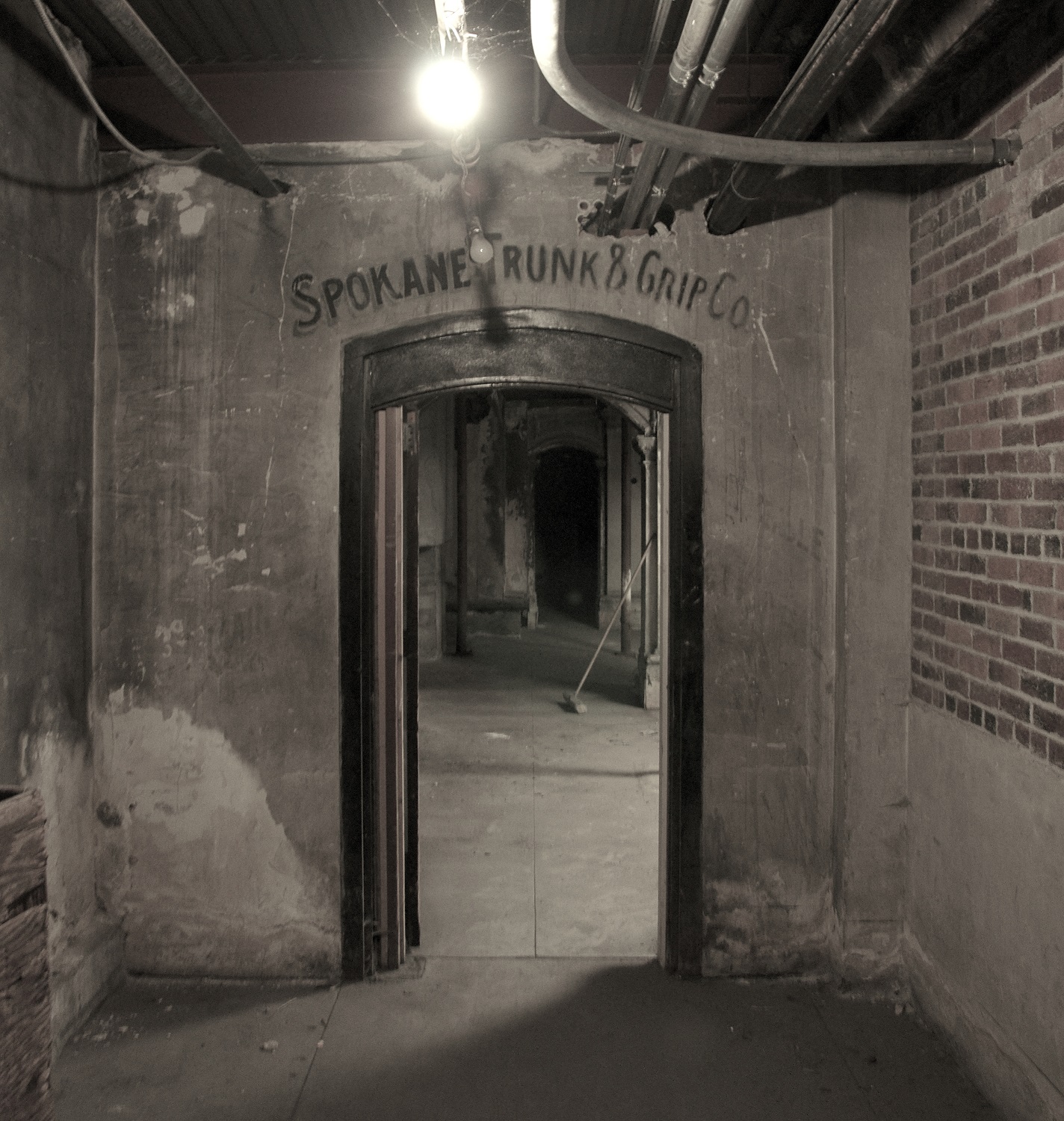 The progression of photographs above starts out in the small West Texas town of Balmorhea, where an abandoned house caught my imagination. Where were the elderly owners? Everything was still there, as if in expectation of their return. Even a dusty painting of two sailboats floating silently across a lake. Had they been “raptured out,” with no time to think about what to bring with them on their long, possibly one-sided journey?

The second “set” is of a former luxury hotel and spa in Mineral Wells, TX, visited in its heyday by Judy Garland, Will Rogers and many others, which received its final guests in 1972. Where will these “ghosts” go once the hotel is finally restored in 2017, one wonders? The last photos are from Spokane and central Washington, where I grew up. A place that I deliberately left behind when I was old enough to leave and then left even more deliberately after a personal tragedy, and only recently rediscovered.

When I think about what these photos have in common, it seems that they all point toward something as basic as a feeling of loss. This could be the aftershock of some personal tragedy, or it might be the shared sense of loss that many people now face, of having been pulled from their moorings and left to sift through the consequences. The result of migration for a whole host of reasons—political, economic or even metaphysical. Sometimes the traces of movements are more compelling than the movements themselves, the ruin more eloquent than the standing structure; a rack of neatly hung but dust-covered shirts and a calendar frozen to a particular date, which serve as a reminder, an invitation to wonder. And here the photograph itself is key, like a broken window that remembers the rock, or a toy arrow from childhood lodged in a tree, quivering there to this day.

Keith Livers lives in Austin, where he teaches Russian literature and cinema at the University of Texas. He is currently finishing a book that examines the uses of conspiracy/occult motifs in contemporary Russian culture and political rhetoric, as well as co-editing a volume on food in Russia and Eastern Europe. He is also interested in photography, pursuing projects that look at the intersection(s) of landscape, architecture and history in West Texas, eastern Washington state and elsewhere. These two projects are the basis for the photo essay published here.