In honor of our “Delight” issue, the editors of The Ilanot Review have rounded up some of the books that brought us a few moments of joy during this not-so-delightful year. 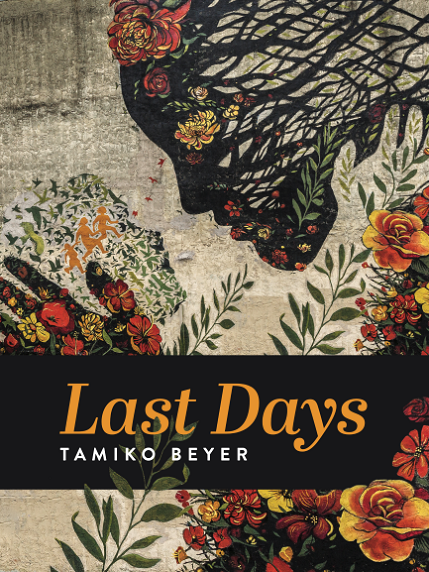 As we find ourselves in the overwhelming midst of so many interwoven crises—climate change, global pandemic, political turmoil—Tamiko Beyer’s Last Days is a collection of poems that walks bravely to the edge of the precipice to observe and confront the long-entrenched violences wrought by white supremacy, heteropatriarchy, and capitalism. With gently urgent brushstrokes, Last Days counters its readers’ fears and frustrations with a compassionate and determined call to action. Beyer never romanticizes history or shies from the human capacity for atrocity, and yet she rekindles our sense of wonder, imagination, and hope. Through her words we are able to feel the humming sense of connection born of realizing that despite, everything, We are all of us breathing, shining in the streets and in our homes, breathing and shining. 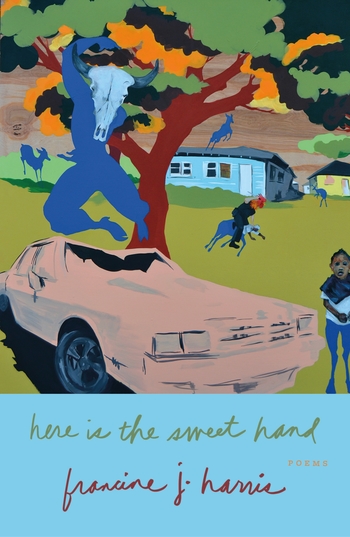 The poems in francine j. harris’s here is the sweet hand forthrightly and simultaneously dwell and revel in their solitude. They do the dirty work of grief, unearthing wounds both personal and historic, myths thick enough to drag river, to turn up bodies. They willingly [stand] in a pool of your own hair or they [take] a magnifying glass / to the glass. They lean out of windows and fire escapes in cities swelling with summer heat to absorb the primal sights, smells, and sounds of their neighbors. They cook a stew and when it turns out the meat is off, they stubbornly keep cooking until you have to give up or in. Both intellectual and carnal, harris’s poems uncoil with a singular syntax that expands and contracts like the vertebral bones of a snake—they sidewind, rattle a warning, rise up head high with a flickering tongue. 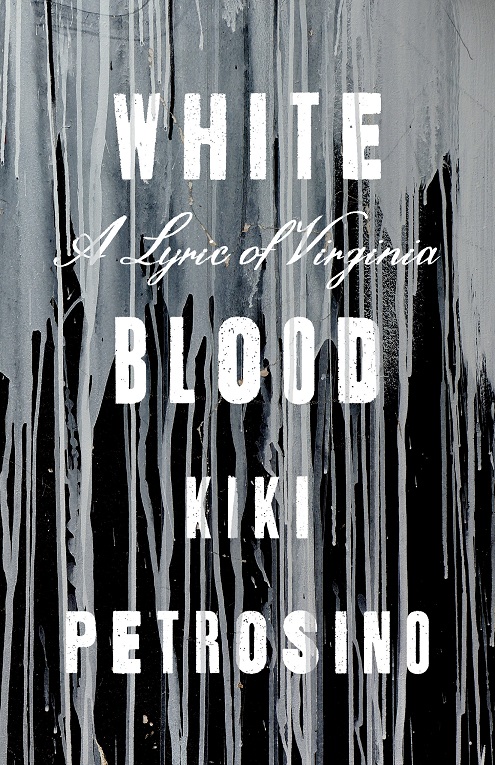 With a muscular yet panoramic dexterity that ranges from erasure poems created of the author’s own DNA test results to a double sonnet crown to epistolary and persona poems to poems crafted of meticulous archival research, Kiki Petrosino unflinchingly excavates the history that is carried both in the Virginia landscape and in her own body: a dual archive riddled with violent silences where old folks // don’t want you rummaging and All of us runaways know / each other by our paper cuts. Our blood / inks the dark map of the mountains. The poems of White Blood are both searing and relentlessly searching, opening luminously into petal and scar as Petrosino plies imagination against word to ask the nearly impossible question of what it means to live in language / on land they left. 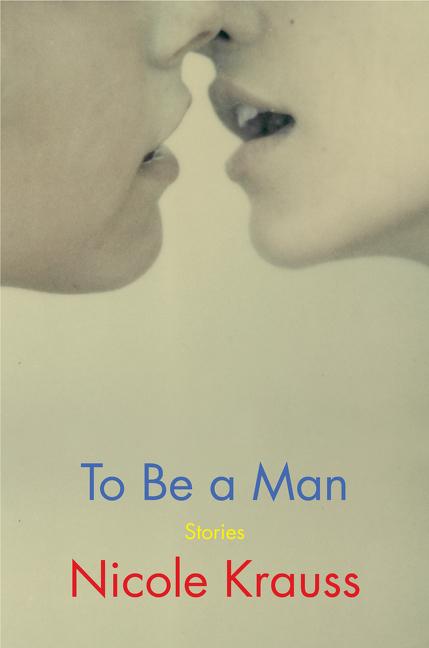 This collection of short stories, a first from the author, provides tender glimpses of wonder and magic—a suitable husband delivered to a Tel Aviv door by Social Services, a dead father’s friend haunting the apartment bequeathed to his daughter—but is at it’s absolute best when probing the dark side of attraction. The first story, “Switzerland,” has the narrator looking back at her 13-year-old self and discovering, “that the power to attract men, when it comes, arrives with a terrifying vulnerability.” 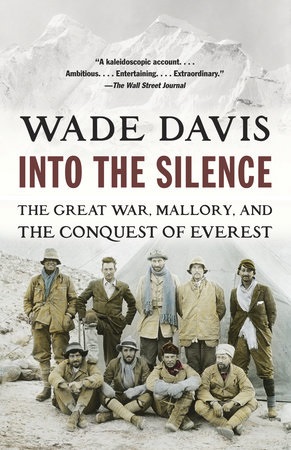 Into the Silence: The Great War, Mallory, and the Conquest of Everest. Wade Davis (Vintage Books, 2012)

This wide-lens history of the first three attempts to reach and summit Everest, in 1921, 1922, and 1924, shines a light on the aristocratic crew of climbers and adventurers who tried to place the British flag atop the world’s highest summit. Though its final conclusion regarding mountaineering’s most riveting mystery—did Mallory die on the way or on the way down?—seems misguided, the tale itself is wonderfully rich and highly recommended. 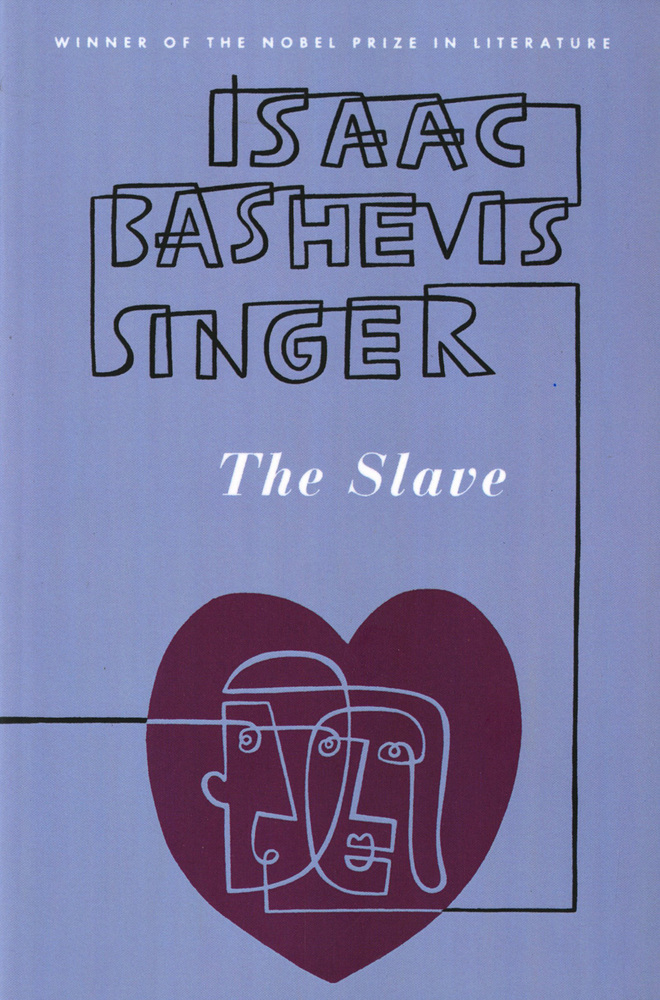 The Slave. Novel by Isaac Bashevis Singer, translated by the author and Cecil Hemley (Farrar, Straus and Giroux, 1962)

Isaac Bashevis Singer’s story of an impossible love between a Jewish villager sold into slavery and his owner’s Christian daughter is set in the seventeenth century but feels urgently modern. It’s a tale of lust that turns sacred and religion that turns sour and yet it’s perhaps the most Jewish novel I’ve ever read. 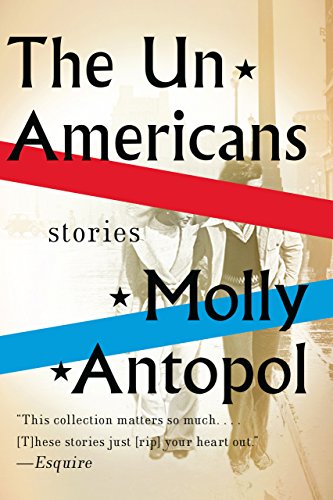 In seemingly effortless compelling prose, Antopol creates complex characters who are shaped by the political forces of history. Each story is so very different in tone, place, and era. A phenomenal debut story collection. 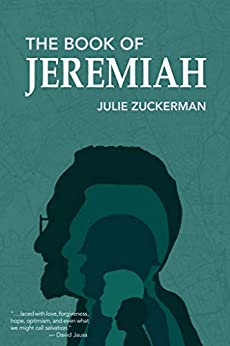 In Zuckerman’s debut story collection, we follow Jeremiah Gerstler’s life as it intersects with historical and personal events, journeying with him through loss, joy, hope, turmoil, and frustration. These linked stories are a beautiful exploration of character: the varied roles we play, who we want to be and who we become, how we view ourselves and how others perceive us, and how rare it is to know more than just a slice of another human being. 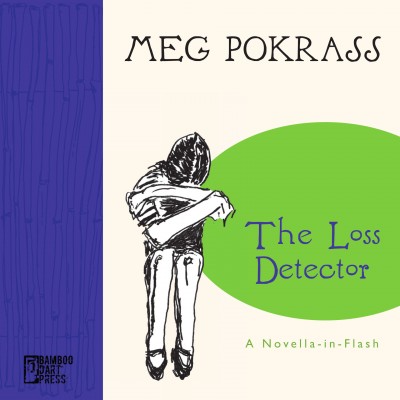 In this novella-in-flash, we follow Nikki, the adolescent narrator, as her mother leaves their father and packs her and her brother off to Hollywood. Each tiny, funny, achingly sad, penetratingly powerful miniature story pieces together a whole universe. And in each case, a single detail – sometimes quirky – sucks you into a scene and holds you in its afterglow. Pokrass demonstrates her mastery of the flash form, creating entire worlds within a page or two that continue to reverberate in your imagination long after you put down the book. 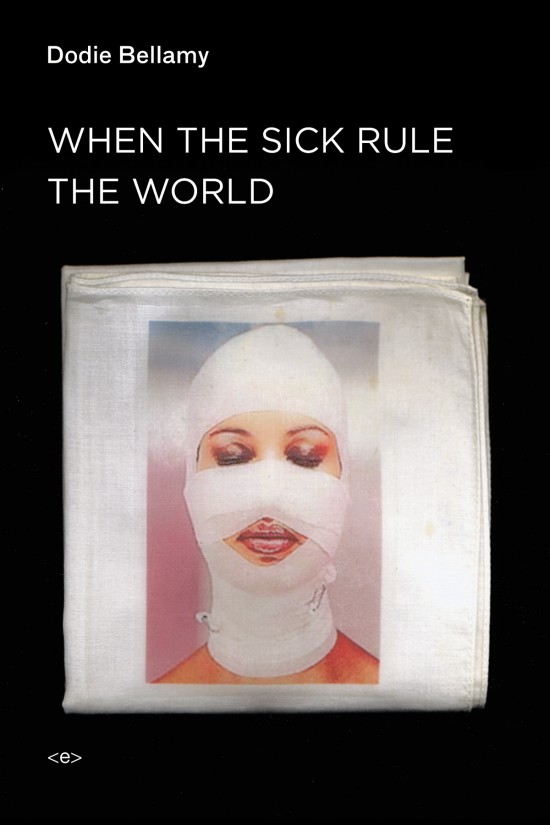 When the Sick Rule the World. Essays by Dodie Bellamy (Semiotext(e), 2015)

These sharp and deeply original essays draw the reader into obsession after obsession, from a Gaultier dress worn by Kathy Acker, to the song “I Think We’re Alone Now,” to E.T. as the angel of death. In this volume’s concluding essay, Bellamy achingly captures Twitter’s destruction of her San Francisco neighborhood—leaving the reader to hope against hope that, now that the pandemic has left Twitter headquarters empty for over a year, Bellamy and an army of the sick have occupied Twitter Towers and are restoring nature to its course. 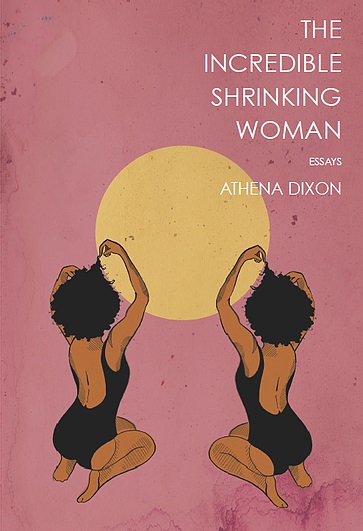 Athena Dixon writes about years spent shrinking, “fading into background”—a seemingly impossible task, she notes, for a six-foot-tall Black woman. But maybe being part of the background really just means being difficult to define—and in these tenderhearted essays, Dixon shows, gently but persistently, that she absolutely defies any neat definition that you might try to box her into. 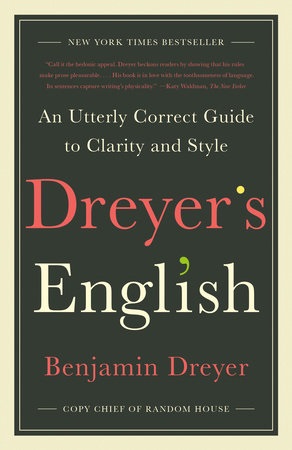 As The Ilanot Review’s de facto copyeditor (or “copy editor,” as Dreyer, Random House’s copy chief, might prefer), I couldn’t not recommend Dreyer’s English. This gleeful volume, narrated by a persona who actually (and perplexingly) seems to enjoy copyediting, is packed with just about all the rules you need to know, as well as permission to break them—provided you know what you’re doing. 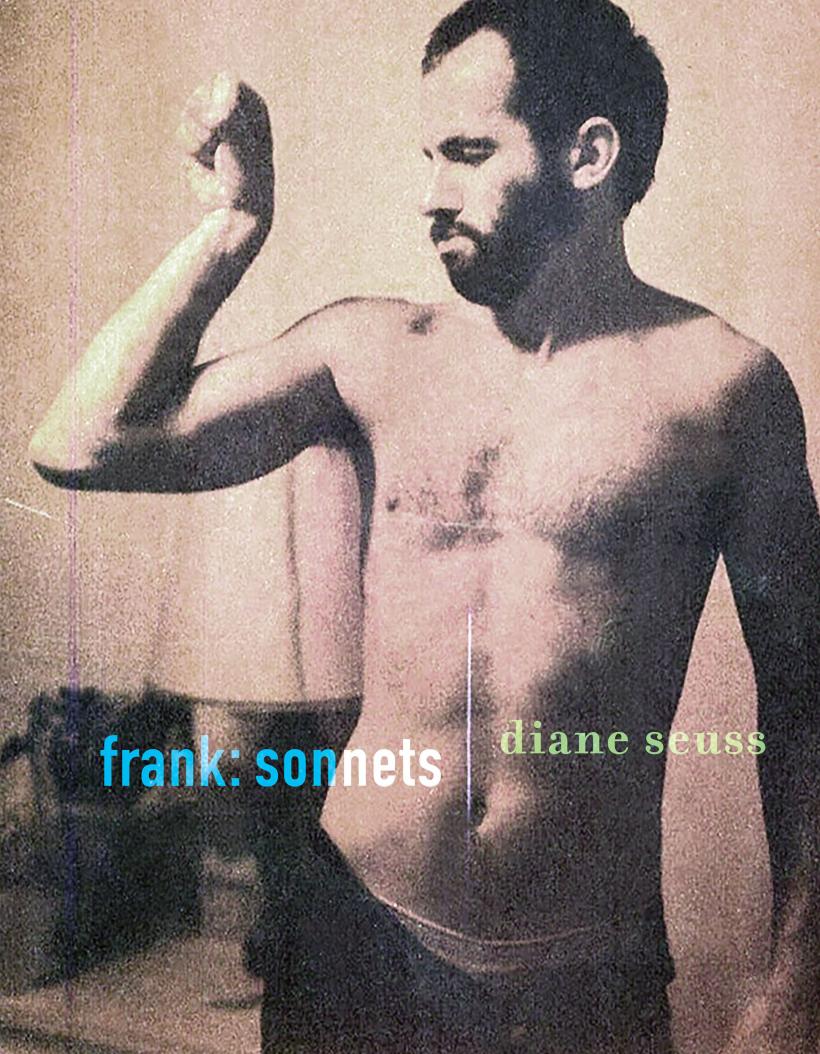 This memoir in sonnets is a literary roller coaster through high and low culture, examining the nature of relationships and memory. “Form is the cabin,” Seuss explains in a recent interview. “Thought is the wind.”  Get ready to be blown away. 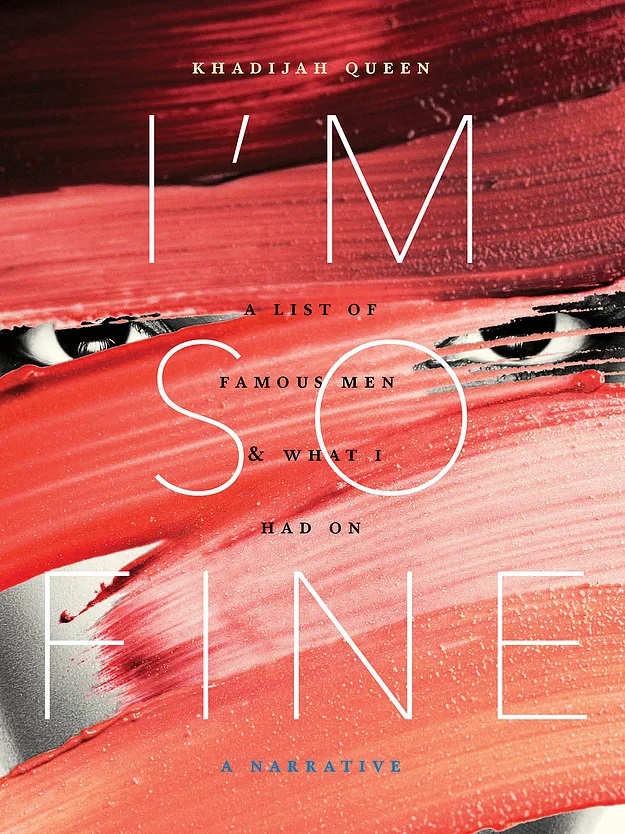 Through a series of linked prose poems, Queen recreates the world of a young Black woman navigating work, family and life in LA. Celebrities surface and disappear, power shifts hands, but in the center of it all is Queen’s audacity, courage and unerring sense of fashion. A study of the relationships that gender and fame create, with a peek behind the scenes of Hollywood. This is a book I find myself going back to over and over again. 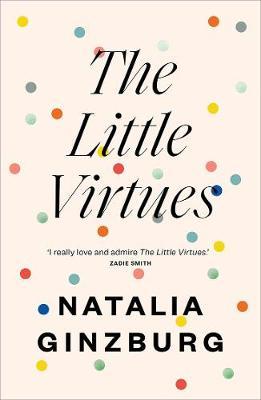 I discovered this book in a little shop in Jerusalem, where the owner literally placed it in my hand and told me I must read it.  I have been purchasing copies and giving them to friends ever since then. Covering the years between 1944 and 1960, this collection of essays feels as if it was written last week. Worn-out shoes, meatballs, marriage, parenthood, silence, exile from fascist rule: no topic is too small or large for Ginzburg’s piercing eye or vast heart. You’ll want to keep this book to read and re-read.

Spring and a Thousand Years (Unabridged). 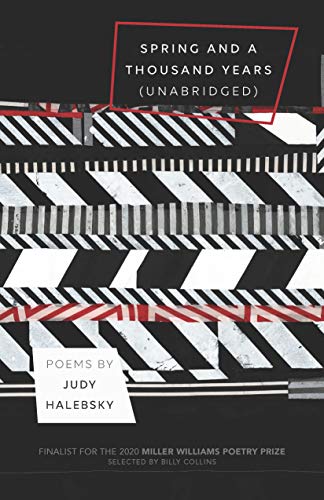 This collection of poems is unmitigated delight from its disarming title and opening letter to its charming glossary (Bumble bee, bumble bee — I am at a desk writing to Li Bai, and I can’t slow down the freeway or the airplanes or the clear-cutting). The poems mingle centuries, syntaxes, personages, and sensibilities, as the Tang Dynasty poets Li Bai and Du Fu encounter everyday life in California. This is an homage to the act of translation by a wonderful poet and translator. 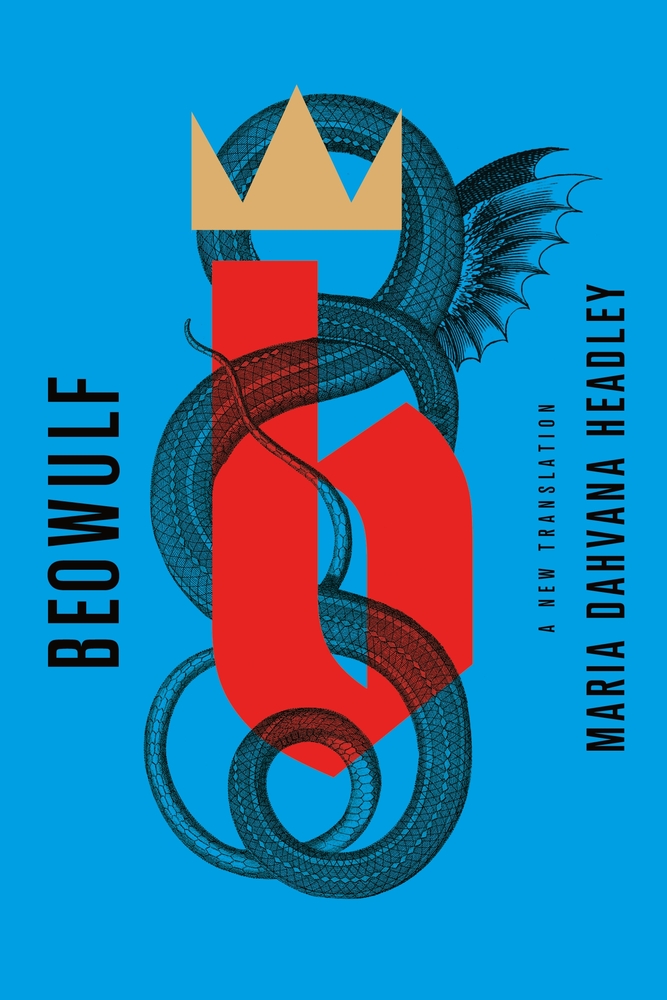 Headley’s exciting and agile interpretation of Anglo-Saxon verse form matches her cool depiction of masculine bravado. If you loved Hamilton you’ll love this. Headley’s introduction alone is worth a read to discover that Grendel’s mother isn’t a nonhuman “monster” but an especially fierce and skilled shield maiden. Trust me. Just read it. Or listen to it narrated by J.D. Jackson’s sexy voice. 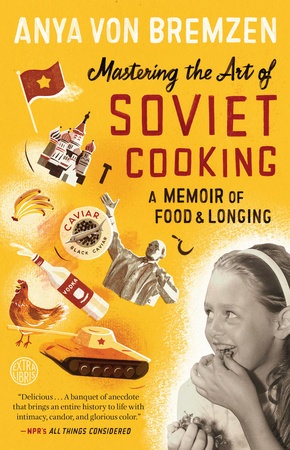 This memoir is a comforting, entertaining read a year into pandemic lockdowns. This accomplished food writer and her mother recreate each decade of Soviet history from the prequel 1910s to the postscript of today, using food as the focal point of daily life. The meals range from the sublimely excessive to the pitiful, and you can recreate them in your kitchen. Last year, before Passover, I waited 25 minutes in a secret location for eggs, but von Bremzen’s parents met in a queue!

About the “Delight” issue of The Ilanot Review